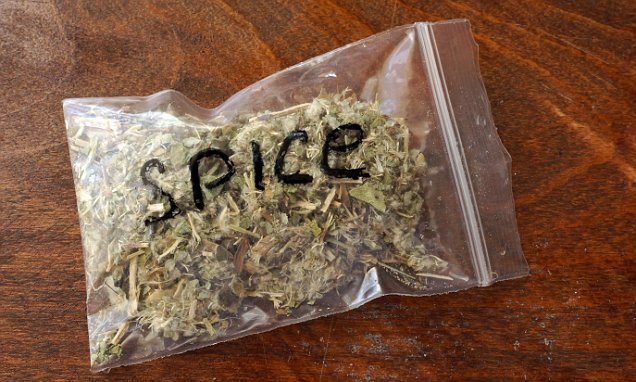 Young people who use the ‘zombie’ drug spice that is widely available on Britain’s streets are at risk of having a stroke or heart attack, doctors warn

Young people who use the ‘zombie drug’ spice are putting themselves at risk of heart attack and stroke, doctors warn.

The synthetic cannabis substitute has risen in popularity in recent years, heaping strain on the NHS.

The UK has seen increasingly numbers of teenagers being admitted to hospital with hallucinations, rapid heartbeats and seizures caused by the drug.

But now health professionals at the University at Buffalo say those who dabble at a young age are risking permanent disability.

The warning comes after a 25-year-old was rushed to hospital after he was found collapsed on a bathroom floor, confused and weak on one side his body. 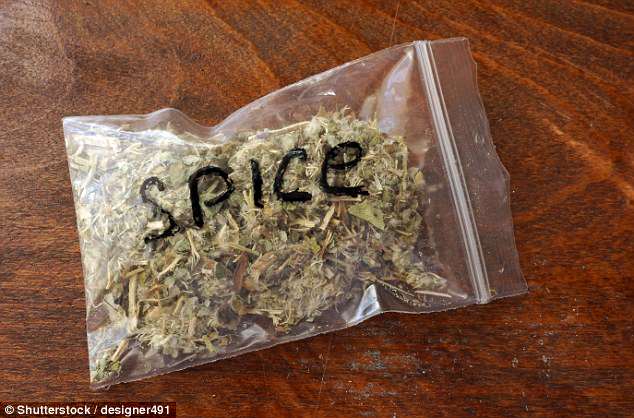 Experts say the low cost and ready availability of spice is driving a rise in its popularity, but the drug comes with serious health risks

Tests revealed he had suffered from a stroke and there were also signs of a previous heart attack.

The unnamed man, who was in prison at the time, was treated with drugs to stave off further strokes and to stabilise his heart failure.

He was given physiotherapy but while his condition improved, it did not return to normal, leaving him with a permanent degree of disability.

Formerly sold as a so-called legal high, spice was banned in Britain in 2016 but is still widely available on the streets.

The substance includes several related chemical concoctions known as synthetic cannabinoids that were created to mimic the effects of cannabis.

Chemicals are usually sprayed on to dried plants before being smoked like a cigarette or in a pipe.

Spice is a mixture of herbs and chemicals which is smoked to make users high.

It is often called ‘synthetic marijuana’ because some of the chemicals in it are similar to those in cannabis – but its effects are sometimes very different and often much stronger.

Some people report feeling relaxed or only feeling mild effects, but the drug can cause extreme anxiety, paranoia, and hallucinations.

Physical side effects include a fast heart rate, vomiting, and shortness of breath – extreme reactions have been linked to heart attacks and deaths.

Regular use can increase the risk of developing mental illness or having a relapse among people who already have one.

Last year a global drugs survey found hospital admissions as a result of taking spice had increased by a third since 2014.

Spice is a big problem in British prisons

Prison officers say abuse of the drug in jails has reached epidemic levels, leading to prison guards and nurses unwittingly being exposed to its harmful effects.

It is popular among the homeless because it is cheap, and there is a lucrative trade in prisons because it does not show up in drug tests.

But teenagers and children as young as 11 have needed emergency treatment after using spice.

Writing in the British Medical Journal’s case reports, doctors said they believe this patient’s symptoms were caused by the synthetic cannabis.

He had smoked cigarettes for five years, but had given up two years previously, and tests for traditional cardiovascular risk factors were all within the normal range.

Blood tests revealed he was more prone to clotting, which may have increased the risk of cardiovascular problems.

But they point out that several studies have linked synthetic cannabis use with a heightened risk of heart attack and stroke, adding that its low cost and ready availability are fuelling an increase in popularity.

A 14-year-old in Manchester died hours after taking spice

A 14-year-old boy in Stockport, Greater Manchester, died earlier this year after taking spice at a sleepover.

Luke Pennington is thought to have been the youngest person in the country to die from a severe reaction to the drug.

Stockport Coroner’s Court heard that, hours before he died, Luke and a group of friends had bought some spice, which often leaves users unable to move or speak.

Luke took the drug first, on March 17, followed by a friend, the inquest heard.

When the pair fell ill, paramedics were called and took the boys to Wythenshawe Hospital in Greater Manchester.

From there, Luke was transferred to the intensive care unit at Alder Hey Children’s Hospital in Liverpool, but died at 1.55am on March 18. 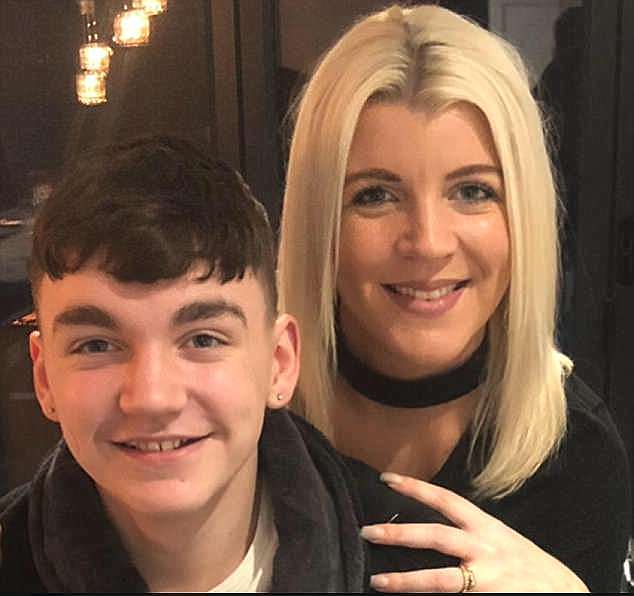 Luke Pennington with his mother Stacey Webb. He is believed to be the youngest person in Britain to die after taking the ‘zombie drug’ Spice