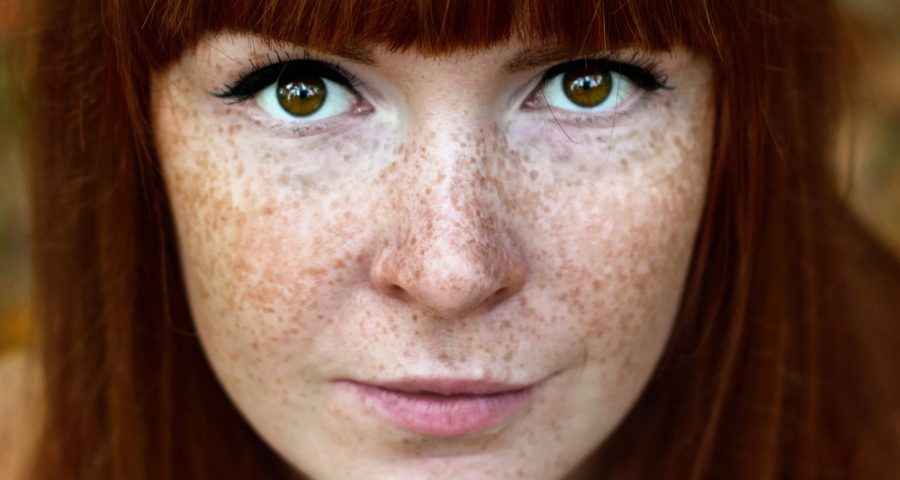 Skin is in, always has been. But the freckled variety got thrown a lot of shade—for being undesirable, unsophisticated, and, more seriously, a sign of poor sun-care habits. Finally, that’s all changing: As runway shows, celebrities, and artists showcase the uniqueness of our spots, genetic researchers are digging deeply into their diverse origins. The result? Women of all complexions are losing the thick foundation and wearing their freckles with pride, and those not born with natural pigment are flexing serious makeup muscle to keep up. Join the club.

What Are Freckles, Really?
If you have ephelides, as they’re known medically, you’ve got Mum and Dad to thank. Freckling is a recessive trait, so both parents have to be carriers and pass the tendency on for it to show up, says Dr Amit Sharma, a dermatologist at the Mayo Clinic, who researches dermatologic genetics. The so-called gene for freckling is actually a benign mutation of the MC1R gene, which regulates pigment.

While it’s true that such a mutation in people of Celtic heritage causes the stereotypical dot-dot-dots in fair redheads, variations of the MC1R gene lead to freckles in Chinese, Japanese, French, Mediterranean, Israeli, and certain African ethnic groups as well, explains Sharma.

See Spot Develop
A baby with freckles? Cuteness overload! Except it’s never happened: Moles and other birthmarks can be there from day one, but not freckles, says Dendy Engelman, a Mohs skin cancer surgeon and director of dermatologic surgery at Metropolitan Hospital in New York City. Freckles appear—and multiply—with exposure to light, usually making their debut around the time you’re 7 or 8. Which is where the freckles = sun damage myth comes in.

Yes, we said myth. On a cellular level, sun damage means messed-up DNA—the nitrogenous base pairs that make up each rung of the double helix’s ladder don’t match up properly, possibly leading to tumor growth and the breakdown of skin-firming collagen and elastin, says Alicia Barba, M.D., a dermatologist at Barba Dermatology in Miami. Freckles, though, are “just your skin type,” she says. “You can do everything perfectly, and you’re still going to have freckles. If you’re being sun-smart, you should never be told that your skin is damaged, or feel ashamed that you didn’t take care of it, whatsoever.”

I'm #flawsome and so are you!!! ✨ #embraceyourface

Use Protection
That said, if you have pale skin and freckles, you’re at a higher risk of developing skin cancer than someone of your same skin tone without them. So stay vigilant: Get checked twice yearly by a dermatologist, and never skimp on protection: Use broad-spectrum UVA/UVB sunscreen with SPF 30 or higher on all exposed skin, all year round, says Francesca Fusco, an assistant clinical professor of dermatology at Mount Sinai Medical Center in New York City.

Aren’t sure how to tell a freckle from a sunspot, a.k.a. lentigo? “Healthy freckles, with no underlying damage, should intensify when you’re getting more rays, and fade—even disappear—when you’re in the sun less,” says Fusco. “Sunspots, on the other hand, are going to be darker than your freckles and stay dark no matter how much exposure you get.” Depending on where you live (or vacation), this ebb and flow of freckle hue will vary. Aside from color, other signs a spot is a lentigo include size (a pencil’s eraser instead of its lead point) and shape (it may have a more well-defined border than most freckles), says Barba.

If you do have a lentigo, don’t freak—many are benign and mean nothing for your health. You can treat the discoloration with OTC brightening ingredients. Stubborn patches can be lasered off with Intense Pulsed Light treatments, which convert light energy to heat to destroy the pigment, Barba says. If your doctor suspects the spot is a lentigo maligna, she will do a biopsy and treat if needed.