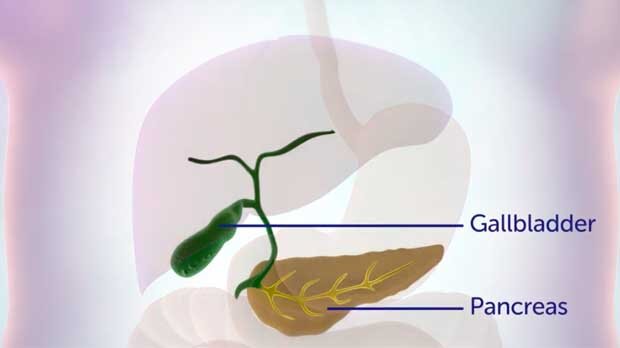 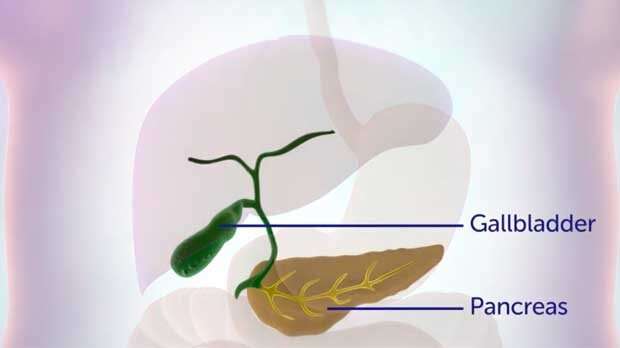 Medical research very rarely has a single end point. There is often no final answer, or silver bullet, the science just continues to evolve, and with it, there will always be more to do, understand and investigate.

But sometimes it reaches a tipping point, where the knowledge that’s been built up actually alters medical practice.

10 years ago, a team of our investigators published the results of a clinical trial that changed the way biliary tract cancer is treated. The Advanced Biliary tract Cancer (ABC)-02 trial was the biggest trial of its kind, showing an improvement in survival from a new combination of drugs—gemcitabine and cisplatin, compared to gemcitabine on its own.

To this day, that same combination of chemotherapy is offered as an initial therapy option for people with biliary tract cancers worldwide. But over a decade on from the publication of the initial trial, a follow up study, ABC-06, is pushing the research even further, searching for chemotherapy options for people with advanced biliary tract cancer, who are no longer benefitting from this initial treatment.

And once again, the results from the latest trial have led to a change in practice, providing a new, widely accepted standard of care for patients with advanced biliary tract cancer.

We spoke to Dr. Angela Lamarca and Prof Juan W Valle, lead authors on the latest paper, published in The Lancet Oncology about the next steps for the community of researchers dedicated to biliary tract cancers, and its impact for patients.

“Biliary tract cancers are quite rare,” says Lamarca, “and the problem is that for many years, since the publication of ABC–02, there has been a general lack of new chemotherapy options changing practice.”

What is biliary tract cancer?

“There’s quite a lot of research looking into biliary tract cancers right now, with a lot of it focusing on precision medicine and new targeted treatments.” Lamarca explains that the focus on precision medicine is because researchers have identified a proportion of patients with specific mutations in their cancers that can be treated successfully with new therapies.

It’s an exciting avenue, but it’s not for everyone, “the problem is that, in reality, precision medicine is only applicable to a small proportion of all patients diagnosed with biliary tract cancer.”

So Valle and the rest of the team set out to establish whether an existing chemotherapy, known as FOLFOX, could be an effective option for this group.

“FOLFOX is a very well-known type of combination chemotherapy, which has been used in oncology for many, many years,” says Valle. “We just didn’t really know whether it was effective in this setting.”

But thanks to the Cancer Research UK and Stand Up To Cancer-funded ABC-06 trial, now they do. Based on their findings, there’s now evidence to suggest that second-line chemotherapy could be of value for this group of patients.

What did the trial entail?

To get the numbers needed for the trial, the team went nationwide, collecting data from 20 centers across the country. 162 people took part, all of whom had already been treated with gemcitabine and cisplatin, and whose cancer had grown despite that chemotherapy.

“We recruited a total of 162 patients, 81 patients in each of the two groups,” explains Lamarca. One group was treated with FOLFOX, and the other with the standard of care in the UK for someone who’s already had treatment at the time when the study was running, something known as active symptom control (without chemotherapy).

Lamarca says that although the active symptom control group didn’t have chemotherapy, that doesn’t mean they didn’t receive any care. “We were doing monthly reviews and every patient, even if they were feeling well, would come into the clinic. In doing that, we were able to identify early some of the cancer-related complications and proactively manage them.”

People on both arms of the trial were followed for a total of 12 months. And after five years of recruitment, the results are in.

Taking a closer look at the results

“The interpretation of the results is quite complex,” Valle comments. “But the main finding to focus on is that overall survival was improved by the use of FOLFOX.”

The reason the results are difficult to analyze Valle explains, is that the average overall survival for people on active symptom control was 5.3 months, compared to 6.2 months in the group that also had FOLFOX.

But while that difference doesn’t seem huge, the number of people alive one year after starting treatment doubled in the group taking FOLFOX.

“And they’re telling you that a proportion of patients will benefit in the longer term and will still be alive at 6 months and 12 months in the (FOLFOX) chemotherapy arm, than in the in the active symptom control arm.”

For Lamarca and her team, their next challenge is to understand exactly why some patients respond so well to the chemotherapy, while others don’t.

Lamarca is optimistic about the results and the real-life impact for patients with ABC. “FOLFOX has moved from being a “possibility” mentioned by some guidelines, but without really very strong evidence, to being a worldwide accepted standard of care treatment with high-level evidence provided by the ABC-06 study, and is now being considered as a definitive option of second line treatment.”

But while there is lots to be hopeful for, Valle remains cautious that there’s still more work to do, “we still need to look for better options of chemotherapy.”

Valle adds that although the results have allowed oncologists to have an informed conversation with their patients, with facts and figures that we previously didn’t have, the decision to take FOLFOX as a second treatment is ultimately up to the patient.

Lamarca says, “there will still be patients who may still not want treatment, because of the toxicity and the additional number of visits to hospital; because of the limited improvement in overall survival, they may they say that it’s not for them.

“But at least now we have the information for us to support our patients making that decision.”

The results from ABC-06 have proved that although FOLFOX is not the answer for all patients, it’s progress.