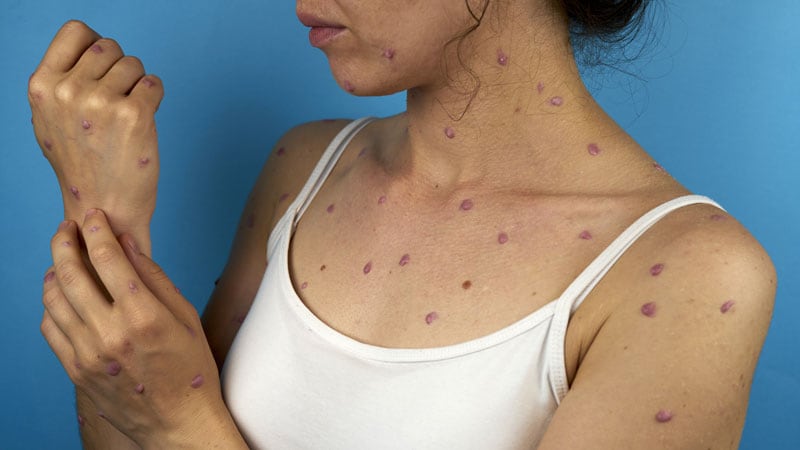 As cases of monkeypox continue to mount in the United States and abroad, infectious disease experts are closely monitoring one group of people in particular: women.

So far, the overwhelming majority of cases of the viral disease have been reported in men who have sex with men. But in recent days, officials have learned of a handful of cases in women — possibly indicating that the outbreak may be widening.

Researchers are keeping close tabs on the proportion of cases in women to “assess whether the outbreak is moving away” from networks of men who have sex with men, where most of the initial cases have been identified, according to a briefing from the UK Health Security Agency (UKHSA).

“There is insufficient evidence to support a change in the transmission dynamics,” the agency said. “However, over the last few weeks the proportion of female cases has been increasing, so this trend needs to be monitored closely.”

A global collaboration of researchers and clinicians recently described 528 cases of monkeypox in 16 countries — but none were in women.

Although infections in women have been outliers during the current outbreak, they can be severe when they do occur. Several women in England have been hospitalized with severe symptoms.

A similar pattern has been seen in New York City, where just one woman is among the 639 total cases, according to a July 21 report from the city’s health agency.

Researchers have recently published guidance on monkeypox for ob/gyns, maternal-fetal medicine subspecialists, and people who are pregnant or breastfeeding in anticipation of the possibility of more cases in women.

The Centers for Disease Control and Prevention (CDC) advises that “pregnant, recently pregnant, and breastfeeding people should be prioritized for medical treatment” of monkeypox if needed.

One monkeypox vaccine, Jynneos, can be offered to people who are pregnant or breastfeeding and are otherwise eligible for vaccination on the basis of confirmed or likely contact with cases, ideally within 4 days of exposure. Some people at high risk for exposure, such as laboratory workers, may receive the vaccine preemptively.

Another vaccine, ACAM2000, is contraindicated in people who are pregnant or breastfeeding, according to the CDC.

Investigators have not yet identified substantial spread of monkeypox beyond men who have sex with men, although transmission among household contacts, including women and children, has been reported.

Most initial infections during the current outbreak occurred during sexual activity. But monkeypox can spread through any close contact with skin lesions or body fluids and possibly through touching contaminated items like clothing or linens, according to the CDC. It also may spread from mother to child in utero.

Infected pets have been known to spread the disease as well. A multistate monkeypox outbreak in the United States in 2003 was linked to pet prairie dogs, including in childcare and school settings. That year, 55% of the 71 cases occurred in female patients.

Since May, more men than women in the UK have undergone testing for monkeypox, with 3467 tests in men vs 447 tests in women. Among those tested, the positivity rate has been far higher in men than in women, 54% vs 2.2%, respectively.

In all, 13 monkeypox cases in England have been in women, and four had severe manifestations that required hospitalization, according to the UKHSA.

Globally, more than 16,000 monkeypox cases have been reported, according to the World Health Organization. The agency said that it plans to rename the disease to reduce stigma.

With monkeypox, “it is anybody’s guess as to how widespread this is going to be,” Jamieson said.

“The initial monkeypox cases in the current outbreak have been predominately but not exclusively among men who have sex with men; enhanced transmission in this group may be facilitated by sexual activity and spread through complex sexual networks,” Thornhill said. “As the outbreak continues, we will likely see more monkeypox infections” outside that group.

“Those working in sexual health should have a high index of suspicion in all individuals presenting with genital and oral ulcers and those with proctitis,” he added.

During previous monkeypox outbreaks, the chain of household transmissions has been short, typically two or three people, said Chloe M. Orkin, MD, professor of HIV medicine at Queen Mary University of London. Orkin directs the Sexual Health and HIV All East Research (SHARE) Collaborative, which has worked to compile the international case series.

Though monkeypox has mainly been transmitted among men who have sex with men, not all identity as gay and some may also have female and nonbinary partners, Orkin said.

“Clinicians should bear this in mind when examining any person,” she said.