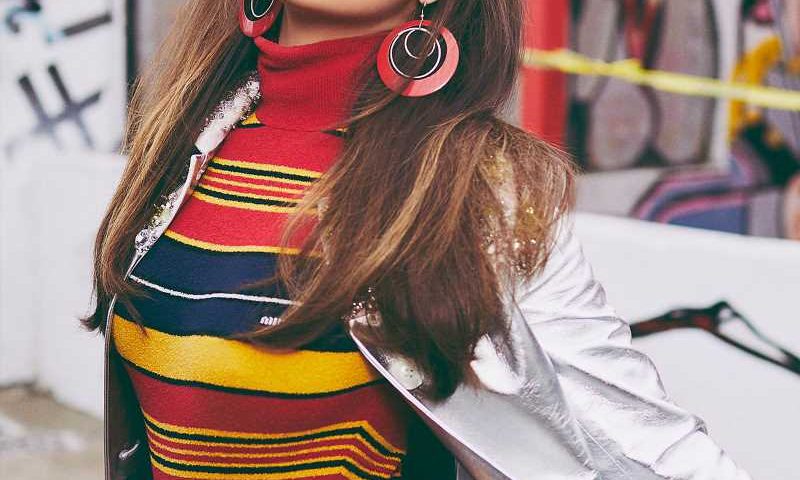 TikTok's Addison Rae Easterling is opening up about how her rise to stardom on the popular app has affected her mental health and body image.

As the cover star for the February digital issue of Glamour U.K., the budding star, 20, revealed that she deals with a lot of "online hate and social media drama" which includes criticism about her looks.

Asked about the most triggering comments she receives on the app, Easterling said, "A lot of it has to do with body image."

"It's a really hard thing to deal with when you're a girl, especially going through your teens," she explained. "I am 20 and my body is constantly changing, but people have this high standard around body image and say, 'Oh, you have to look like this to look great or to look hot or to be cool or to be pretty.'"

"For me, a lot of people have said, 'Oh I love how comfortable she is and she doesn't look like the beauty standard.' It's a backhanded compliment sometimes because people will be like, 'I'm so glad she's confident that she doesn't look perfect,'" she continued in the interview. "It hurts sometimes when people say that, because I think everyone's perfect, so why is there some standard of 'this body is the ideal body'?"

The icon said she has taken time to reflect on these comments and is focusing on staying true to herself. "I have thought a lot in the past year that it doesn't really define me and I am learning to love my body and who I am, for what I am," she told Glamour U.K.

Despite the onslaught of trolling on the app, Easterling — who will star in He's All That, a revamp of the iconic 1999 film She's All That — said she tries not to let the negative comments get to her head.

"I can't let it get to me that much and I think, 'That doesn't define me, and they don't really truly know me in my heart.' There's going to be people that don't like you and that want to tear you down, but you have to love yourself for who you are," she said.

The social media star noted that she's been attending therapy, which has been "really helpful just to not feel so down on myself."

"Self-worth is a big thing that I've been working on the past few months because it's definitely a real struggle, and it does affect you in your daily life, not having high self-worth," she shared in the interview. "Therapy is a great way to work on that and it's an outlet to speak on things that are bothering you internally. "

Easterling also added that "staying mentally healthy" has been a "really big accomplishment" for her.

"There's so many times that I've been like, 'This is a lot, maybe it's mentally challenging,' and then wanting to give up," she admitted to Glamour U.K. "But then I remember that I got where I am today, and that I should take every opportunity I can to just accomplish everything that I dreamed of."