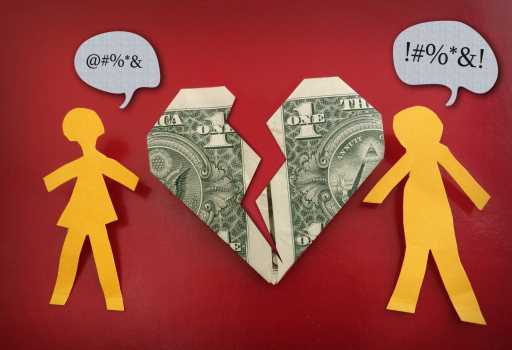 One of the most common issues that causes couples to fight is, unsurprisingly, money. We’ve lost count of how many stories we’ve heard of couples trying to sort out their financial futures both together and separately and the various ways that can cause friction.

In a recent Reddit /AITA thread, one woman shared how she and her husband are currently in one such dilemma: While he has maintained his extracurricular coaching gig side-hustle and the money that comes from it for his personal use, he’s arguing that her side-hustle money coming from a dog-sitting job should be shared.

“Trying to keep this short. Husband coaches soccer 4 hrs a day all weekdays and Saturday outside of his day job, he keeps all the money he makes for himself. I recently started doing dog sitting to bring in extra income for myself outside of my day job aswell and when I told him I plan on keeping all the money,” the poster wrote. “…he said that’s not fair since the dog is in his house also and infringing on his day to day, I told him that his coaching is infringing on my day to day as it leaves me as the sole caretaker of our two kids (2 and 10 weeks) and I argue that we both give up some convenience so that the other can have a small side income. He does not agree and want to keep his coaching money and split my dog sitting money. Am I wrong for denying this? The money he makes coaching and I make sitting is almost exactly the same.”

So we’ve discussed this at length before. Separate and transparent finances in relationships? They’re healthy to have (especially for women, stay-at-home parents or people who are traditionally more likely to be financially controlled by their higher-earning partners). There’s nuance to that whole deal in a marriage where you’re trying to also share responsibility for shared bills (childcare, rent, mortgage, utilities, vacations or family) and stay true to your promises and your family’s needs — but provided you’re keeping communication flexible and realistic with the complicated financial times we’re living in, there’s no harm in maintaining some budget separately for personal use.

But the issue in this particular situation seems to be that there isn’t a set understanding of how each partner’s time, labor and side-hustle funds should be valued. Her husband sees no issue with his coaching money staying in the “my money” bucket but feels his wife doesn’t have the same right to the money she’s earning outside her day job.

And it’s that fundamental issue that has Redditors concerned: “NTA, but please take care of yourself. It is incredibly concerning that in his eyes he can have separate finances but you can’t,” one commenter wrote. 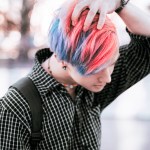 Others also raised the alarm that this behavior is dangerously close to financial abuse if there’s just no movement, compromise or cooperation on why the money she earns becomes communal while his doesn’t.

“NTA. Either your side hustles are shared because they inconvenience the other spouse, or they belong entirely to the spouse making the money, but that should be consistent,” another poster adds. “Any costs related to the side hustle should likewise either both be shared or both be separate.”

And there’s also the fact that the OP is working full-time and doing the childcare work solo while her husband coaches and earns “his money.” Commenters argue that he’s not acknowledging the labor she is doing (and what he is decidedly not doing) in the weird equation of finances he’s got going on.

“He actually owes you money that he gets from soccer because you’re at home babysitting HIS kids,” as one wise commenter added. “If he’s away for four hours every day, he owes you two hours. Without you he wouldn’t be able to get a second job.”

The TL;DR here? Financial collaboration between partners needs to happen, undoubtedly — but there has to be a fundamental base of respect for one another’s time, labor and contributions to shared resources in the equation in order for it to be done in a way that does right by the whole family.

Before you go, check out the mental health apps we swear by: