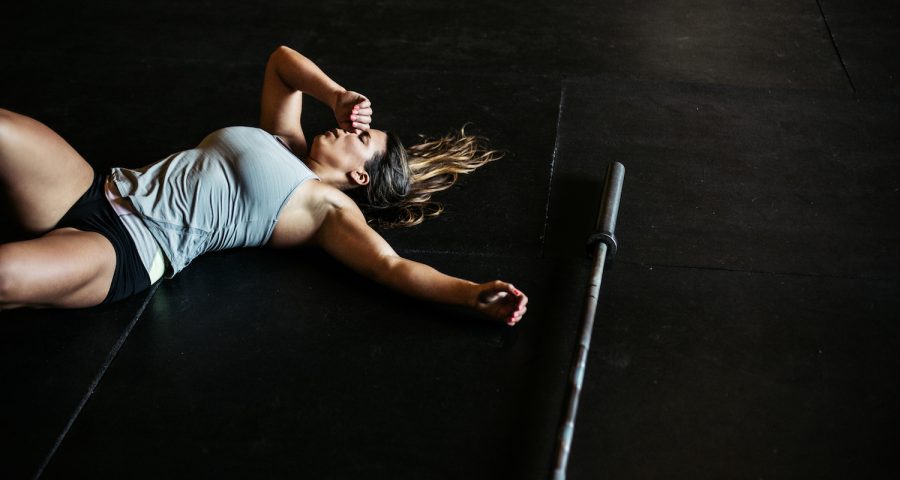 Charlotte Jelleyman had always been a better-than-average runner. The 28-year-old phD student regularly put in 50-minute cross-country runs with her triathlon club, but a couple of years ago, she started struggling. “My boyfriend entered us into a relay marathon, which involved running 40km each, so I had to step up my training,” she says. “Within a couple of months, I noticed my legs felt really heavy. My lungs couldn’t cope, even at speeds and intensities lower than I knew I was capable of. I also began needing an extra hour of sleep at night.”

A blood test revealed that Jelleyman had iron deficiency anaemia (IDA), a condition that has increased in young Aussie women in the past 10 years, according to the latest Medibank Better Health Index with female athletes a part of this high-risk group. That’s because, while diet and heavy periods are known causes of iron deficiency, surprisingly, exercise can also be a dramatic iron drain. Yet, a 2016 study showed that only 22 per cent of female athletes who had the condition sought help. Either women didn’t realise that it was a problem or had learnt to cope with it, the study suggested.

That’s probably because iron deficiency can creep up on sufferers without them noticing – who hasn’t felt wiped out after a workout or desperate to press the snooze button a third time? “Looking back, it was a perfect storm,” Jelleyman says. “I’d been having heavier periods for about a year and I’d recently turned vegetarian, which is a big factor as red meat is such a major source of iron. With my intense training, it pushed me over the edge.”

So why is IDA a particular issue for women who train?

First, the science: iron is a mineral vital for cellular energy, the immune system and the production of haemoglobin, which carries oxygen around the body. “If you have IDA, you have less oxygen-carrying capacity – it’ll impair performance and you’ll find exercise more difficult,” says Dr Richard Burden from the English Institute of Sport. IDA also makes you more prone to infection, plus, if you train in a chronically fatigued state, you’re more likely to injure yourself.

The problem is, while your PB depends on decent iron supplies, all that training could be plundering your reserves. Not only do you need more iron as training increases red blood cell production, but you lose iron through sweat and ‘foot strike haemolysis’ (where blood cells and capillaries in the feet are damaged by running and jumping). “Because an athlete has higher iron needs and greater losses, their iron requirements are 1.3 to 1.7 times higher,” says nutritionist Sarah O’Neill.

Post-exercise soreness is also part of the equation. “That ache is due to micro-tears in the muscles,” explains professor Toby Richards from University College London in the UK. “This damage causes inflammation and is why athletes sit in an ice bath after they compete. Inflammation in the body blocks the iron absorption pathway for several hours afterwards.” So, before you think about replenishing your stores with a post-training steak, pop on some cooling pads (or take the ice bath if you can bear it) to quell the inflammation.

Professor Richards is currently conducting a trial to work out how intensely IDA affects women’s sporting performance. It involves measuring the aerobic fitness of iron-deficient runners, before replenishing their stores via an IV drip and then retesting them a few days later.

The full results of the trial are yet to be published but the interim results have been astonishing. One runner involved in the trial, 33-year-old physiotherapist Ailish Toomey, improved her aerobic power by almost 12 per cent, and two weeks after the treatment, she ran a marathon with a PB. “A few of us from my running club took part in the trial and our message is: if you feel your results aren’t improving, get your iron levels checked,” says Toomey. Jelleyman also ended up getting an IV drip. “When I ran again it was like I had a completely new body,” she says. “I was able to run times close to my fastest.”

If you think you might have IDA, go see your GP who’ll look for levels of the iron-storage protein ferritin, as well the oxygen-carrying protein haemoglobin. If your levels are low, you’re advised to change your diet and may be prescribed ferrous sulphate (iron) tablets – but around a third of people don’t tolerate iron tablets, according to Richards. Iron infusions are another option with a prescription and referral from your GP.

Meanwhile, Richards is calling on gyms to alert women to possible IDA in their sign-up forms: “The data shows 50 per cent of women with heavy menstrual bleeding are iron-deficient, so we want gyms to recommend getting your levels checked if you have heavy periods.” Then feel free to pump all that iron in the weights room.

Identifying with a few of these? It may be time to see your GP…

IRON OUT THE PROBLEM

Make sure you eat enough lean meat and fish, which O’Neil says, “contain haem iron, the form most easily accessed by the body.” Vego? You need 1.8 times more iron “because non-haem iron from plant sources is less bioavailable,” explains O’Neil, so get yours from legumes, grains, nuts, seeds and green veg, and mixing them with vitamin C-rich foods to help iron absorption. Then follow nutritional therapist Eva Kalinik’s dos and don’ts:

DON’T:
Go popping pills without getting tested. Too much iron can be toxic, so see your GP first.

DO:
Swap spinach for kale or chard. Though it’s iron-rich, spinach contains oxalates, which impair its absorption. The vitamin C in these leafy greens help you soak up more.

DO:
Smash avo on sourdough (Instagrammers rejoice!). The phytic acid found in grains and bread inhibit iron uptake. But sourdough is fermented, which helps remove these anti-nutrients.

DON’T:
Have a cuppa with your meal. The tannins in tea and coffee impair absorption, too, so it’s best to wait at least an hour after eating to get your caffeine kick. You’ll live.