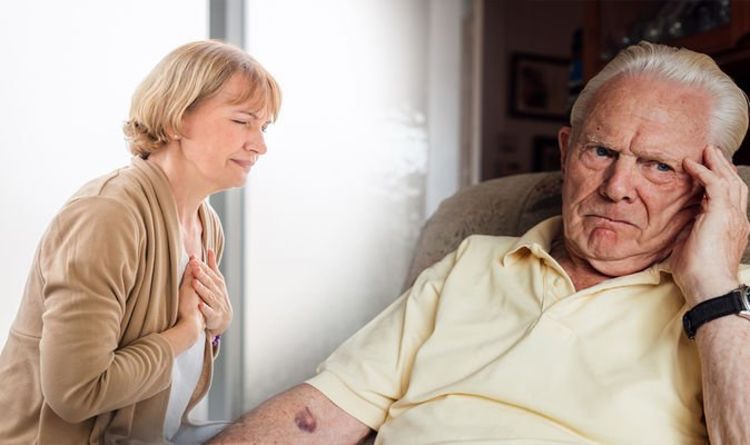 Gary Lineker opens up about his dementia concerns

Dementia is a term used to describe a group of symptoms affecting memory, thinking and social abilities severely enough to interfere with your daily life. It isn’t a specific disease, but several other health conditions and diseases can cause dementia. What are four conditions you must treat in middle age to help reduce your risk of early onset dementia?

Cardiovascular disease (CVD) is a disease which damages the heart or makes it harder for blood to circulate around the body.

It has been reported that by lowering your blood pressure, you can lower your risk of developing vascular dementia and help stop it getting worse.

“Over time, uncontrolled high blood pressure can damage your blood vessels, including the blood vessels in and leading to the brain,” said Blood Pressure UK.

The health charity added: “This can interrupt the flow of blood to the brain, leading to a type of dementia known as vascular dementia. The word ‘vascular’ refers to the blood vessels.”

In a study by the National Institutes of Ageing (NIA), elevated cholesterol levels in middle age and its risk factor for later dementia was investigated.

The research found that high blood cholesterol can raise the risk of certain types of dementia, such as Alzheimer’s disease and vascular dementia.

“However, cholesterol does not enter the brain, and researchers are unsure how these conditions are linked.”

It’s been hypothesised that Lower levels of bile acids, which are made when the body breaks down cholesterol, are linked to a higher risk of dementia among men, according to the NIA study which were published in PLOS Medicine.

The research team led by Doctor Madhav Thambisetty, of NIA’s Clinical and Transactional Neuroscience Section in the Laboratory of Behavioural Neuroscience examined whether bile acids that arise from breaking down cholesterol and that do enter the brain, were related to the risk of dementia.

They also used data from the Clinical Practice Research Datalink, which has electronic health records from 60 million patients in the United Kingdom.

The researchers found that people who had lower blood levels of bile acids were more likely to have higher levels of amyloid protein in the brain, faster brain shrinkage, and more damage to the brain’s white matter.

This difference was more noticeable in men than in women.

The Lancet reports: “Type 2 diabetes has been consistently associated with an increased risk of dementia, including Alzheimer’s disease and vascular dementia; mild cognitive impairment, which is a condition preceding dementia; and cognitive decline, which is the progressive clinical hallmark of dementia.

“The link between type 2 diabetes and cognitive dysfunction is largely consistent, and a large body of studies on animals and humans’ points toward biological mechanisms of type 2 diabetes that could be potentially actionable.”

Given the evidence, and in light of the accelerating rates of high blood pressure, high cholesterol and type 2 diabetes worldwide, establishing the effect of these conditions on the brain and neurodegenerative diseases is a puzzle that is important to solve.

It further highlights the importance of treating these conditions in order to significantly reduce your risk of later onset dementia.