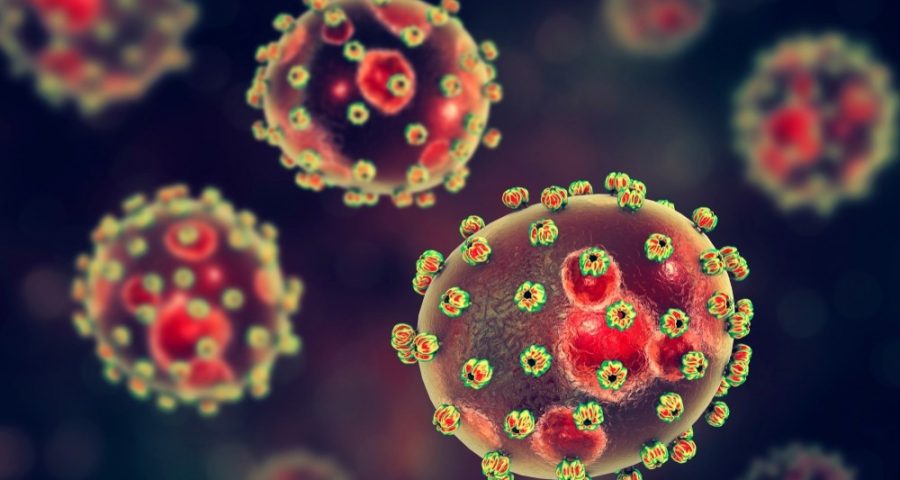 In a recent study published in the US Centers for Disease Control and Prevention’s (CDC) journal Emerging Infectious Diseases, a team of researchers reported the detection of arenavirus ribonucleic acid (RNA) from various species of bats sampled between 2007 and 2011 from Brazil.

Of the four genera present in the virus family Arenaviridae, Mammarenavirus is the only genus that infects mammals. The genus is divided into the New World arenaviruses and the choriomeningitis–Lassa virus serocomplex, distributed worldwide. Some New World arenaviruses, such as the Junin, Chapare, Guanarito, Machupo, and Sabia viruses, cause hemorrhagic fever in humans.

While the pathogenic arenaviruses are generally transmitted to humans through infected rodents, Tacaribe mammarenavirus, found in bats and not considered infectious to humans, is anecdotally known to cause influenza-like symptoms. Although bats are known to host zoonotic viruses, there is limited epidemiological evidence on the association between bats and arenaviruses, consisting mostly of a single isolated virus and experimental infections of bats.

However, since Tacaribe virus belongs to the same clade as the hemorrhagic fever-causing viruses that also exhibit immune evasion and cellular tropism, the possibility of severe infections from Tacaribe virus cannot be ruled out.

The results reported arenavirus RNA from 1.62% (17 out of 1047) of the sampled bats belonging to three species — one Artibeus planirostris, four Artibeus lituratus, and 12 Carollia perspicillata. The viruses from the two Artibeus species were identified as Tacaribe mammarenavirus, while the virus detected in the 12 Carollia perspicillata samples was identified as a novel species, which the authors called Tietê mammarenavirus.

All the samples were collected from forested and urban areas within 60 km of each other, indicating a possible viral reservoir in bats in the region. Similar viral concentrations were found in tissues from the spleen and lungs, suggesting a systemic infection. The highest arenavirus concentration was found in an intestine tissue sample, which suggests enteric viral shedding.

The phylogenetic reconstruction based on the partial RNA-dependent RNA polymerase gene sequences retrieved two New World arenaviruses clades in Brazil. The arenaviruses from the two Artibeus species formed one clade, while the sequences from the Carollia perspicillata samples formed another clade. The complete coding sequences revealed identical genome organization as other mammarenaviruses and formed a monophyletic group with Tacaribe virus that was well-supported.

The maximum likelihood tree using the complete large segment genes retrieved the whole clade containing the Tacaribe virus and sequences from Brazil as sister to the Junin and Machupo New World arenaviruses.

However, the phylogenetic analysis using the complete small segment genes showed a sister relationship between the Ocozocoautla de Espinosa virus and the clade with the Brazillian sequences and Tacaribe virus sequences.

The Ocozocoautla de Espinosa virus is thought to have caused an outbreak of hemorrhagic fever in Mexico. Furthermore, the recombination analyses and the sequence distances did not indicate any recombination events.

The taxonomic assessment of the new virus species from the Carollia perspicillata samples was based on pairwise sequence comparisons with Tacaribe virus that indicated a nucleotide sequence identity of less than 80% and a nucleocapsid protein amino acid identity of 88.6% to 90% and the presence of a distinct host. The species was named after a river located near the sampling site.

The phylogenetic analyses revealed that the arenaviruses detected from the bat samples are closely related to the Tacaribe virus, a New World arenavirus found in bats. One of the detected arenaviruses is a novel species and was given the name Tietê mammarenavirus.

While New World arenaviruses are generally found in rodents, the results from this study indicate that bats could be arenavirus reservoirs and need to be explored further.

Chinta Sidharthan is a writer based in Bangalore, India. Her academic background is in evolutionary biology and genetics, and she has extensive experience in scientific research, teaching, science writing, and herpetology. Chinta holds a Ph.D. in evolutionary biology from the Indian Institute of Science and is passionate about science education, writing, animals, wildlife, and conservation. For her doctoral research, she explored the origins and diversification of blindsnakes in India, as a part of which she did extensive fieldwork in the jungles of southern India. She has received the Canadian Governor General’s bronze medal and Bangalore University gold medal for academic excellence and published her research in high-impact journals.