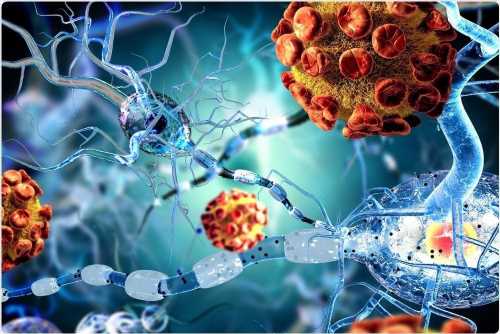 In a study posted to the bioRxiv* preprint server, a team of researchers from Germany studied the expression data of severe acute respiratory syndrome coronavirus 2 (SARS-CoV-2) infection-relevant genes such as angiotensin-converting enzyme 2 (ACE2), transmembrane serine protease 2 (TMPRSS2), and the G-protein coupled receptor Mas in an alcohol-exposed rodent model infected with SARS-CoV-2. 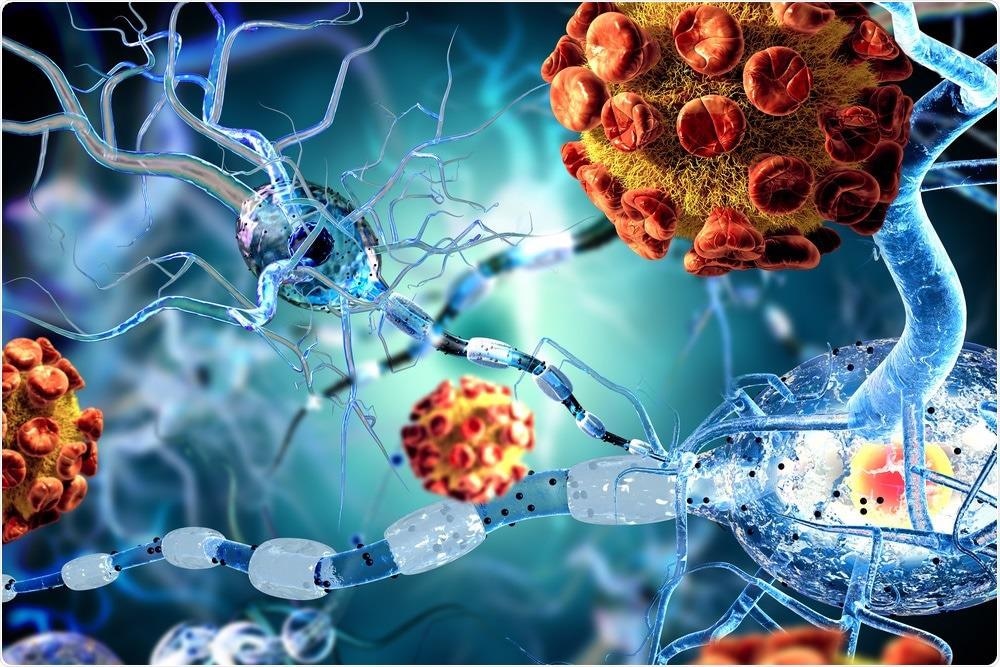 Patients with substance use disorder (SUDs) are at a higher risk of contracting SARS-CoV-2 infection and suffer worse coronavirus disease 2019 (COVID-19) prognosis, including death. This is because chronic alcohol consumption induces the disruption of the innate and adaptive immune system predisposing to severe COVID-19.

The G-protein coupled receptor Mas is a key player in the SARS-CoV-2 infection pathway. After ACE2 catalyzes the reaction of angiotensin (Ang) II to Ang(1-7) on the cell surface, Mas activates an anti-inflammatory cascade inside the cell via the ACE2/Ang(1-7)/Mas cascade. TMPRSS2 functions as a co-player of ACE2 to enable SARS-CoV-2 cell entry.

In the current study, the researchers generated a molecular mechanism for the association of chronic alcohol consumption and dependence with SARS-CoV-2 infection risk.

In the current work, the team used three different chronic ethanol treatment procedures on the rat model: repeated intermittent ethanol intraperitoneal (IP) injections or sub-chronic treatment, the post-dependent or abstinence model, and vapor exposure for seven weeks or the non-abstinence model. At the end of the treatment protocol, different organs like rat kidney, lung, heart, liver, ileum, and brain were collected and ribonucleic acid (RNA) extraction and quantitative reverse transcriptase-polymerase chain reaction (qRT-PCR) for analyzing gene expression levels of ACE2, TMPRSS2, and Mas was performed. The team finally performed in situ hybridization in rat brain tissue obtained from 18 different regions of the brain.

Ace2 gene expression in liver, lung, ileum, kidney and heart of sub-chronic ethanol IP injected (A) and ethanol vapor exposed animals (B non-abstinent, C abstinent) with respective control groups. Data are shown as mean ± SE. Factorial ANOVA shows significant differences between treatments (indicated as “T”) and control groups (indicated as “C”) for all three experiments. Subsequent post-hoc tests identified lung as significantly up-regulated in the treatment groups of all three experiments, whereas in the sub-chronic group liver and in the vapor abstinence group kidney was additionally up-regulated.

A significant upregulation of TMPRSS2 expression in the non-abstinence vapor-treated group was observed, while no difference was detected in the sub-chronic and the abstinence group. On acute one-time ethanol treatment, there was an increased expression level of TMPRSS 2 in the liver only at a higher dose, but in the lungs, an increase was observed at both moderate and higher doses.

The researchers observed that in the non-abstinence rat group, there was a significant interaction and downregulation of Mas gene expression, specifically in the olfactory bulb region of the rat brain. In the abstinence condition, no effect on Mas expression was observed. Moreover, ACE2 and TMPRSS2 mRNA levels were unaffected regardless of ethanol treatment conditions. None of the analyzed brain regions in the study showed changes in TMPRSS2 and Mas transcript levels compared to the control group while ACE2 mRNA levels were below the detection limit.

This study provides putative evidence that chronic alcohol consumption and dependence leads to the modulation of gene expression of ACE2 and other genes related to the renin-angiotensinogen pathway as a molecular risk factor for SARS-CoV-2 infection and severe disease progression.

The results of this research work showed an organ-specific upregulation of ACE2, with lungs being affected markedly by alcohol intake in all three test conditions leading to abundant ACE2 gene expression and thus an increased stochastic probability of SARS-CoV-2 to enter and infect the cells.

The study's findings suggest the olfactory bulb could be the important brain region for alcohol-induced changes of SARS-CoV-2 infection, eliciting downregulation of Mas gene expression leading to the reduced activation of the anti-inflammatory ACE2/Ang(1-7)/Mas cascade after viral infection. This might constitute a risk factor for the development of anosmia during a SARS-CoV-2 infection.

However, this study has limitations in that it represented only an indirect indication of potential vulnerability to SARS-CoV-2 infection in individuals who chronically consume alcohol but does not allow any conclusion on the severity of COVID-19 disease progression. The researchers warrant the need for additional research work to study the potential impact of chronic alcohol consumption on SARS-CoV-2 infection risk and COVID-19 outcome.

Susha has a Bachelor of Science (B.Sc.) degree in Chemistry and Master of Science (M.Sc) degree in Biochemistry from the University of Calicut, India. She always had a keen interest in medical and health science. As part of her masters degree, she specialized in Biochemistry, with an emphasis on Microbiology, Physiology, Biotechnology, and Nutrition. In her spare time, she loves to cook up a storm in the kitchen with her super-messy baking experiments.