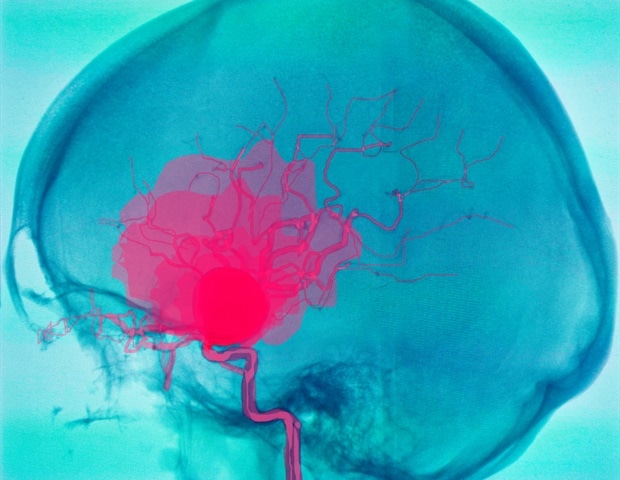 Abdominal aortic aneurysm (AAA) is a complex and life-threatening vascular disease with high incidence worldwide. Termed the silent killer, most AAAs are asymptomatic, often going undetected until rupture, and involve a poorly understood set of mechanical and biochemical events. Epidemiologic studies have established associations between AAA and both vascular inflammation and increased stiffness. That the latter is concomitant with aging explains, in part, why AAA affects almost exclusively those over 65 years of age.

Evidence suggests that abnormal acclimation of vascular smooth muscle cells (VSMC) to biomechanical perturbations, such as increased circumferential stress in hypertension, can stimulate AAA development. However, there is a paucity of knowledge of the molecular drivers of altered mechanobiological behaviors of VSMC. Understanding these might provide promising targetable signals that could repress AAA progression and limit rupture incidents.

Now, researchers at NYU Tandon and NYU Langone have demonstrated mechanobiological changes in VSMC and identified a key ion channel that is involved in the development of AAA. In a new study, in Nature Communications, they describe the means by which VSMC gradually adopt a solid-like state by upregulating cytoskeleton crosslinker, α-actinin2, which powers the mechanosensitive ion channel Piezo1.

Our team applied biomechanical engineering to study aneurysm pathology. In contrast to the extensive study of aorta wall properties, we explored how a cell’s mechanical sensitivity, or ‘mechanosensation’ to mechanical stimuli presents an innovative perspective in revealing disease pathogenesis and progression mechanisms.”

The researchers measured misshapen VSMC with a novel ultrasound tweezers system and a single-cell RNA sequencing technique. Their findings pointed to Piezo1, which critically regulates VSMC mechanical sensitivity. They also found that inhibition of Piezo1 prevents mice from developing AAA by alleviating pathological vascular remodeling. The findings concluded that deviations of mechanosensation behaviors of VSMC is detrimental for AAA and identifies Piezo1 as a novel culprit of mechanically fatigued aorta in AAA. This could lead to new mechano-medical approaches to treating this devastating cardiovascular disease.

This research was led by Professor Weiqiang Chen’s Applied Micro-bioengineering Laboratory at NYU Tandon, and Professor Bhama Ramkhelawon’s Lab at NYU Langone. The research was supported by the National Institutes of Health and the American Heart Association.