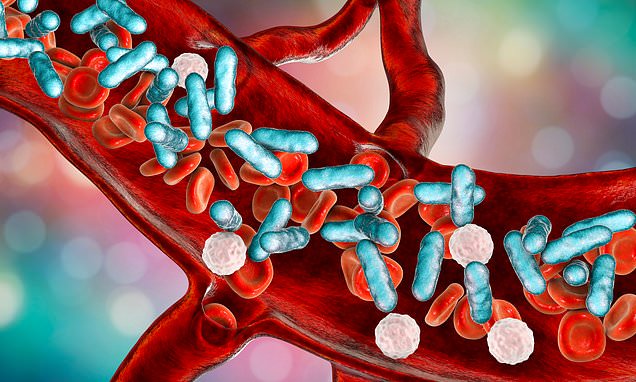 Sepsis kills nearly five times as many Americans as breast cancer each year and is responsible for a fifth of worldwide deaths, study finds

Sepsis is now a bigger killer than cancer worldwide and claims the lives of nearly five times as many Americans as breast cancer reach year, a new study finds.

One person every three seconds dies from the condition worldwide, which accounts for almost a fifth of global deaths, say researchers.

Their Global Burden Of Disease Report (GBDR) on sepsis estimates there were 48.9 million cases in 2017, and 11 million deaths, across 195 countries and territories.

This equates to just under a fifth (19.7 percent ) of all global deaths that year, including 189,623 deaths in the US, about a third as many Americans as are killed by any cancer annually. 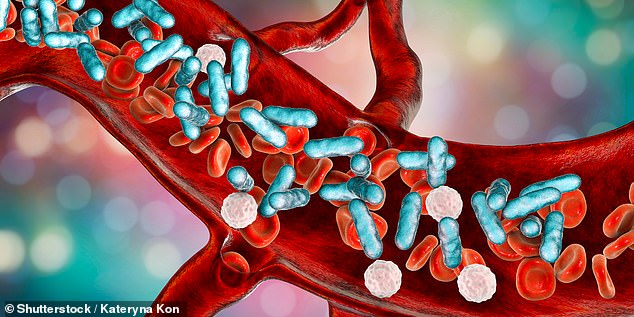 The bloodstream infection, sepsis infections killed an estimated one out of every five people that died worldwide in 2017, a new study suggests doubling past figures and outpacing cancer

The most recent global estimate, in 2016, was of 19.4 million cases and 5.3 million deaths, based on data on adults in hospitals in seven high-income countries.

These were the US, Australia, New Zealand, Spain, Germany, Norway and Sweden.

But while the authors said they were ‘alarmed’ to see the death rates so high, their research shows cases of sepsis and deaths have been falling overall over the last 30 years.

The researchers estimated that there were 60.2 million cases of sepsis in 1990, almost a fifth (18.8 percent) higher than their 2017 estimate.

In the new study, published in The Lancet, half of all cases occurred in children and adolescents, particularly in low or low-middle income countries.

Some 15 percent of the cases occurred in high-income countries such as the UK, which was not included in the 10 countries with the lowest death and incident rates.

Experts warn that the number of deaths could rise if new ways to tackle antibiotic resistance are not found quickly.

The authors write: ‘We have produced global sepsis estimates that are more than double previous calculations, with 11 million sepsis deaths and 48.9 million incident sepsis cases in 2017.

‘These differences by location are alarming and deserve urgent attention from the global health, research, and policy communities.’

Sepsis, which is hard to spot, occurs when the body responds poorly to a bacterial infection and attacks its own tissue and organs.

Deterioration can be rapid, and if it is not detected early, can lead to multi-organ system failure and death.

The study, led by researchers at the University of Pittsburgh and University of Washington schools of medicine, looked at hospital records and data obtained from the Global Burden of Diseases.

The UK was ranked 132 out of the 195 countries listed by their estimated death rates from highest to lowest, with an estimated 71.8 deaths per 100,000 people.

But the country performed far worse globally (45th) when it came to total number of estimated deaths in 2017 – which the researchers put at 47,860.

And they estimated there were 245,783 cases of sepsis in the UK that year.

The researchers acknowledge their estimates may be conservative, due to reliance on death certificates which may not explicitly list sepsis as a contributing factor.

Previous research by PA has shown the number of admissions in England at a higher figure – with 350,344 recorded hospital admissions for sepsis in 2017/18.

Dr Ron Daniels, chief executive of the UK Sepsis Trust, said the study ‘cements sepsis as one of our biggest healthcare entities that we need to deal with, claiming one in five lives around the world’.

He said: ‘There were 195 countries studied, 10 had data good enough to study in depth and the UK wasn’t among them… we would reinforce the call for better use of data, better understanding of the condition.

‘It’s shocking that in a country with the most established national healthcare service in the planet, we can’t get our act in order to give good data to studies such as these.’

The 10 countries with the highest death rates were all in Africa, with the Central African Republic leading the survey.

On the other end of the scale, those with the lowest death rates were mainly Middle Eastern and wealthier countries. 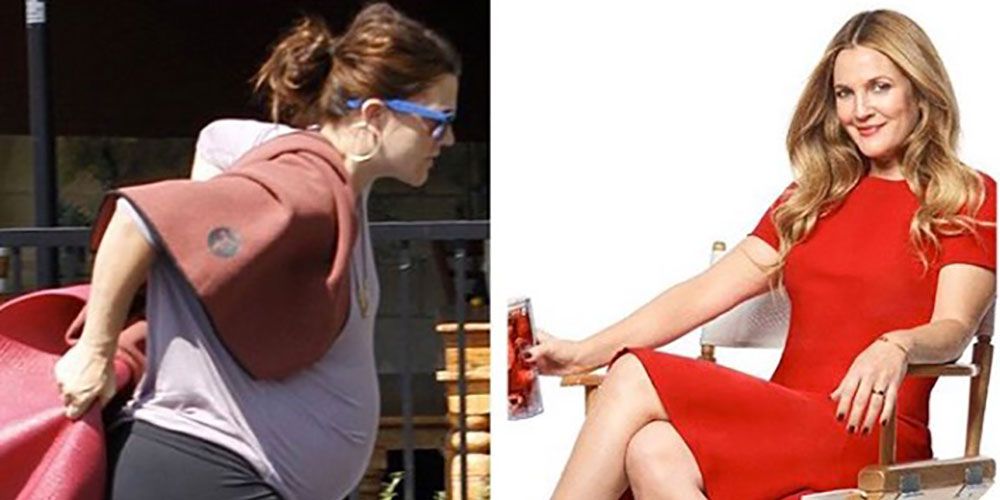