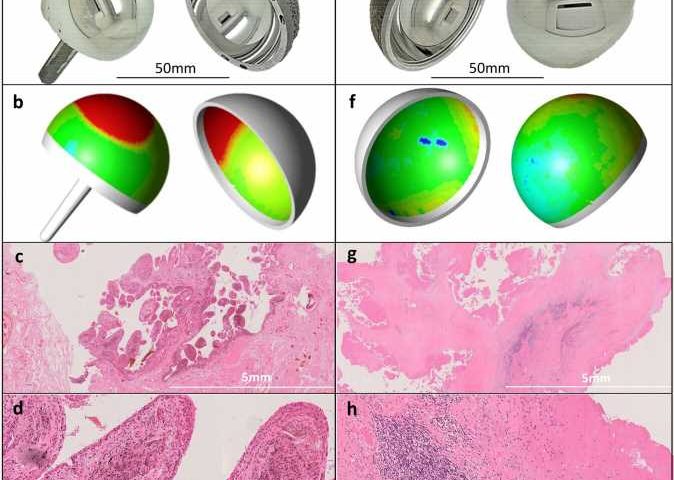 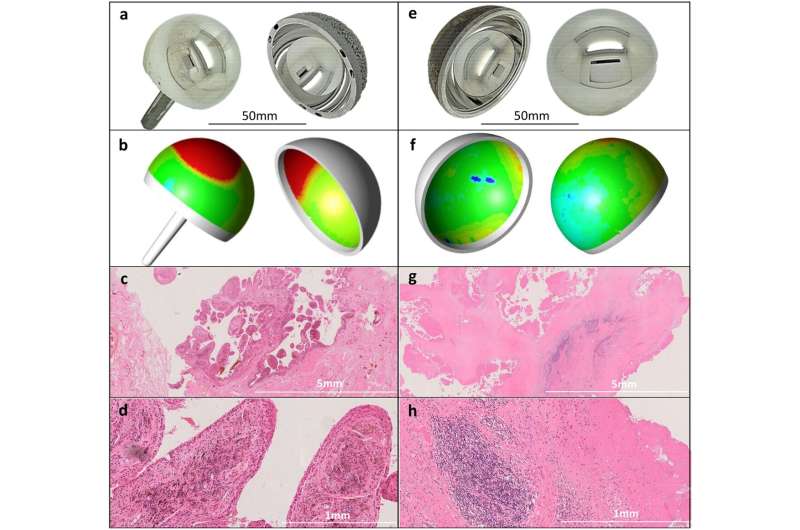 Scientists from leading biotech company ExplantLab in Newcastle (UK) have discovered a genetic link to explain why some patients develop pain and early failure of joint replacements.

In what is a world first, the research published by ExplantLab in Communications Medicine could transform the way orthopedic surgery is carried out globally.

The discovery follows over 14 years of research led by Dr. David Langton, Director at ExplantLab, into joint failures and could herald a new surgical era where it would become routine for patients to undergo genetic testing, prior to receiving medical implants.

Currently, around 10% of the population of the United Kingdom will have a joint surgically replaced in their lifetime as a proven way to treat joint ailments such as arthritis. However, as populations around the world grow older and heavier, this is leading to more joint replacements than ever, with some five million surgeries carried out globally each year—a number which is forecast to double over the next two decades.

While the majority of patients are satisfied with the results of their surgery, a significant number of joint replacements fail early following adverse immune responses, leading to potentially dangerous and costly repeat surgery. Recognizing that longer lasting joint replacements are required, billions of dollars are being spent by medical implant manufacturers to improve joint implant design, the materials they are made from, and to optimize implant alignment using robotic technology.

One of the most popular implant materials used in the majority of joint replacements globally is cobalt chrome (CoCr). However, when small particles from CoCr joints are released into the blood, it can result in pain and joint failure in some people.

Dr. Langton, a qualified surgeon with a Ph.D. in immune responses to implants, explains that “a large percentage of joint failures are due to adverse immune responses, where small particles from the joint implant are released into the blood through wear and tear, stimulating an immune response in the body.”

“Essentially, the immune system attacks the implant in a process similar to how a patient rejects an organ transplant. How quickly this ‘sensitization’ happens is variable and unpredictable, but it appears to be dependent on the type of material, the amount of wear debris released and other patient specific factors.”

The reasons why some patients reacted so differently to CoCr had proved elusive—until now.

Wanting to better understand this, Dr. Langton began to research specific failed joints, the materials they were made from, and how they were being implanted. Following 14 years of extensive international research, he and his team at ExplantLab, have established a “risk” genotype which places some patients at greater risk of developing CoCr metal sensitivity.

He says that “through our research we have been able to demonstrate that a significant percentage of patients carry a genotype that makes it more likely for them to have a reaction to a joint replacement made of a CoCr component(s).”

The study represents a major step forward in understanding patient-specific responses to CoCr, which is used in around 70% of orthopedic joints implanted throughout the world.

Taking the research one step further, ExplantLab, working with bioengineers, medical staff and patients at Newcastle University, University Hospital of North Tees and Hospital for Special Surgery, New York and Royal Perth Hospital, Australia, has developed a machine learning algorithm called Orthotype which uses a patient’s genotype to provide a risk profile of that patient developing hypersensitivity to CoCr.

The patented software developed by ExplantLab uses an algorithm which was developed and validated from the results from 606 patients implanted with metal hip replacements and resurfacings, each of whom had been followed for a mean duration of ten years.

“Orthotype helps to identify patients and understand the risks prior to surgery, representing a significant advance in orthopedic care for patients, and a step-change for orthopedic surgeons, with potentially significant financial repercussions for global healthcare systems, through the avoidance of repeat surgery.”

Dr. Langton believes the algorithm will be invaluable in the investigation of patients who complain of joint pain after other obvious causes, such as infection, have been ruled out. Orthotype can be used before or after joint replacement surgery. If used prior to surgery, it can help to guide surgeons in their selection of implant, based on the manufactured material most suited to the individual patient. Post-operatively, it can be used in conjunction with the measurement of cobalt and chromium concentrations, to allow clinicians to accurately determine a clinical prognosis.

Concluding, Dr. Langton says that they “are very grateful to the patients who gave their time, and our academic partners (Newcastle University, University Hospital of North Tees, Hospital for Special Surgery, New York and the Center for Implant Technology and Retrieval Analysis in Perth, Australia, and Arthroplasty for Arthritis) who contributed their hard work and expertise to this research.”