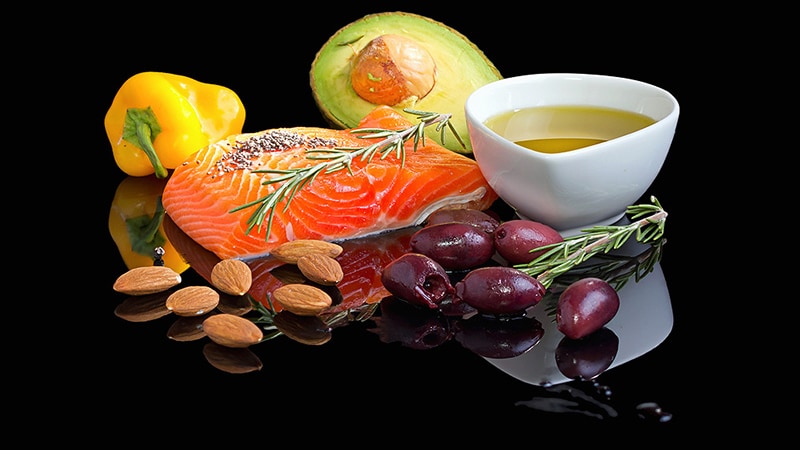 A new study of thousands of women has found that sticking to recommended healthy dietary patterns can lessen the risk of new-onset gout.

“The identification of multiple patterns of eating that can similarly reduce a woman’s risk of incident gout in our study allows more choice for potential personalization of dietary recommendations according to culinary traditions and personal preferences to enhance adherence,” Chio Yokose, MD, of Harvard Medical School, Boston, and coauthors wrote. The study was published Jan. 31, 2022, in JAMA Internal Medicine.

To determine whether consistent healthy eating plays a role in preventing gout in women, the authors launched a prospective cohort study tied to the Nurses’ Health Study, an ongoing endeavor that has been questioning its participants’ food and beverage intake since 1984. Based on the 2020 to 2025 Dietary Guidelines for Americans, four healthy eating patterns were identified for assessment: the Dietary Approaches to Stop Hypertension (DASH), the Mediterranean diet, the Alternative Healthy Eating Index, and the Prudent diet, as well as the unhealthy Western dietary pattern for comparison.

After additional analysis that factored in variables like diuretic use, alcohol use, and obesity, the associations between each diet and their risk of gout persisted in almost every instance. In particular, the most DASH-adherent women with normal BMI had a 68% lower risk of gout (HR, 0.32; 95% CI, 0.26-0.38), compared with the least-adherent women who were overweight or obese. Strong DASH adherence and no diuretic use also led to a 65% gout risk reduction (HR, 0.35; 95% CI, 0.30-0.41).

“These results are consistent with a lot of the conversations we have on a day-to-day basis with patients,” Ted Mikuls, MD, of the University of Nebraska Medical Center, Omaha, said in an interview. “But I will say, I don’t get a lot of patients coming in saying: ‘Hey, what can I do to prevent gout?’ You’re usually seeing them after the fact.”

“These results shouldn’t be confused with that,” he said. “In other words, I wouldn’t want people interpreting this study to mean diet is always a satisfactory treatment for someone with established gout. The fact of the matter is, often it’s not. We need medication to effectively treat gout. I think this and other studies like it call for future research that can look at these dietary interventions as either standalone or probably adjuvant therapies in gout treatment.”

But, he added, that doesn’t mean conversations about diet aren’t of the utmost importance for gout patients.

“That shouldn’t stop clinicians from talking to patients about dietary changes that holistically are going to have positive benefits,” he said. “By the time you meet them, gout patients often already have other health conditions: high blood pressure, diabetes, obesity. The dietary changes that these authors studied are going to have a holistic benefit that goes well beyond gout risk, and that’s important. That’s a conversation that physicians and health care providers can and should be having right now with their patients.”

The authors acknowledged their study’s limitations, including the unmeasured or residual confounding that could come with any observational study as well as these rates of gout and these dietary patterns not necessarily being representative of a random sample of American women. “Future research could examine the population contributions of diets and other risk factors for incident female gout, as done in men.”

The study was funded by the National Institutes of Health. The authors reported several potential conflicts of interest, including receiving grants from the NIH and grants and personal fees from other organizations and pharmaceutical companies. Mikuls reported receiving past funding from Horizon Therapeutics and serving for them in a consulting capacity.