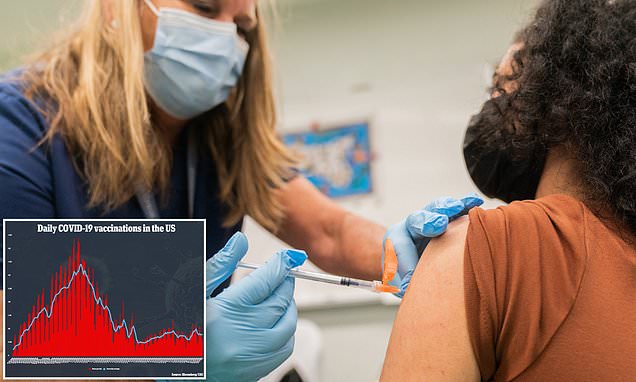 Researchers from the University of Edinburgh, in Scotland, gathered data from the country’s national vaccine surveillance platform to determine the effectiveness of the vaccines against death.

The study is the first to show across an entire country how effective vaccines are at preventing fatalities from the Delta variant, which is the most dominant strain of Covid in the UK.

The team also found that the AstraZeneca Covid vaccine was 91 percent effective at preventing death from the virus. 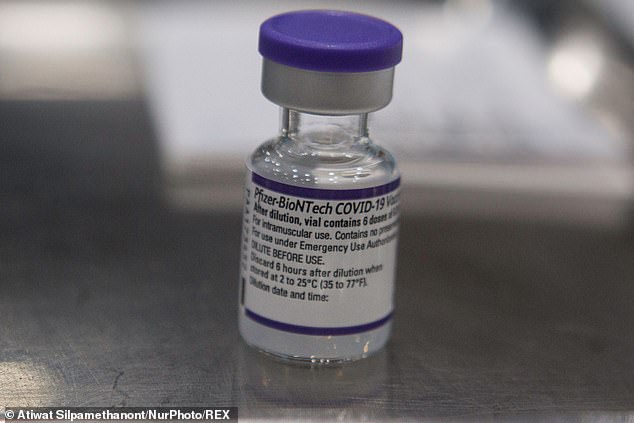 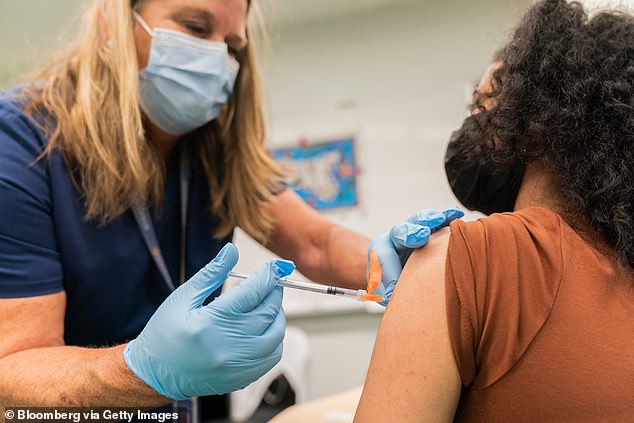 The Pfizer vaccine is the most commonly used jab in the United States, having been administered over 240 million times and fully vaccinating over 104 million people. Pictured: A woman in New York City receives a shot of a COVID-19 vaccine on August 10

‘With the Delta variant now the dominant strain in many places worldwide and posing a higher risk of hospitalization than previous variants seen in the UK, it is reassuring to see that vaccination offers such high protection from death very shortly after the second dose,’ said Dr Aziz Sheikh, lead researcher and director of the University of Edinburgh’s Usher Institute.

‘If you still have not taken up your offer to be vaccinated, I would encourage you to do so based on the clear benefits it offers.’

The study, published on Wednesday in the New England Journal of Medicine, analyzed data from 5.4 million people in Scotland between April 1 and September 27 this year.

During this period, 115,000 people tested positive for Covid using a PCR test in the community, rather than in a hospital, and there were 201 Covid-related deaths recorded.

Researchers defined death from Covid as anyone who died within 28 days of a positive PCR test, or with Covid recorded as a cause of death on their death certificates.

No deaths have been recorded in those who have been double vaccinated with the Moderna vaccine in Scotland, according to the data.

Researchers said it is therefore not possible to estimate this particular vaccine’s effectiveness in preventing Covid-related deaths.

‘This study shows the value of carrying out analyses of routine healthcare data available in near real-time,’ said Dr Chris Robertson, a statistics professor at the University of Strathclyde, in Glasgow, Scotland.

‘Our findings are encouraging in showing that the vaccine remains an effective measure in protecting both ourselves and others from death from the most dominant variant of COVID-19.

‘It is very important to validate these early results in other settings and with a longer follow-up study.’

The Delta variant, which was first detected in India, is a highly contagious strain of the virus that quickly took over the world over the summer.

The virus became the dominant strain U.S. in June, and caused a massive summer Covid surge that proved to be the second largest of the pandemic so far. 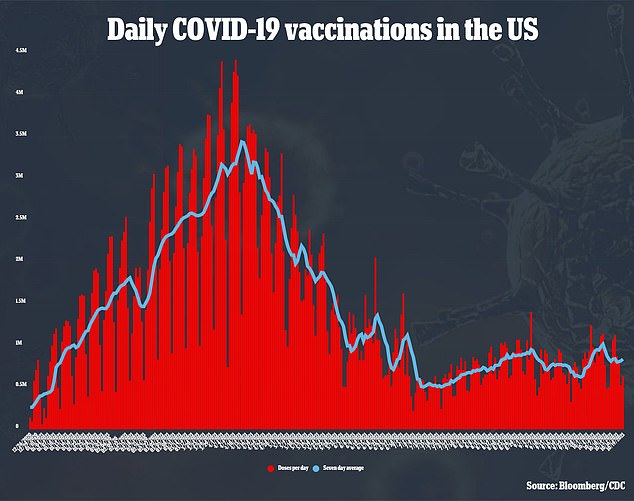 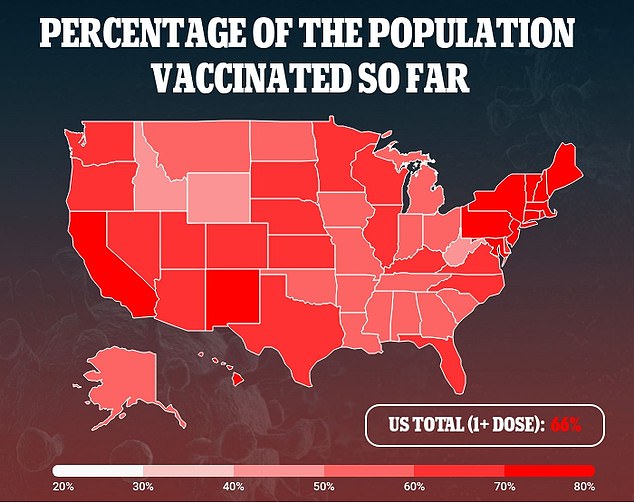 While cases and deaths have since declined, the strain remains dominant in the nation.

According to official data from the U.S. Centers for Disease Control and Prevention (CDC), the variant accounts for 99 percent of new cases – and has accounted for 99 percent or more cases in the U.S. since the start of September.

The potential for this strain to be more likely to cause hospitalizations or deaths was also the reason cited by health officials for why Covid vaccine booster shots were needed in the country.

The Pfizer vaccine is the most commonly used jab in the U.S., having been distributed 240 million times, and fully vaccinating 104 million Americans.

In total, 66 percent of Americans have received at least one shot of any Covid vaccine, and 57 percent are fully vaccinated, per CDC data. 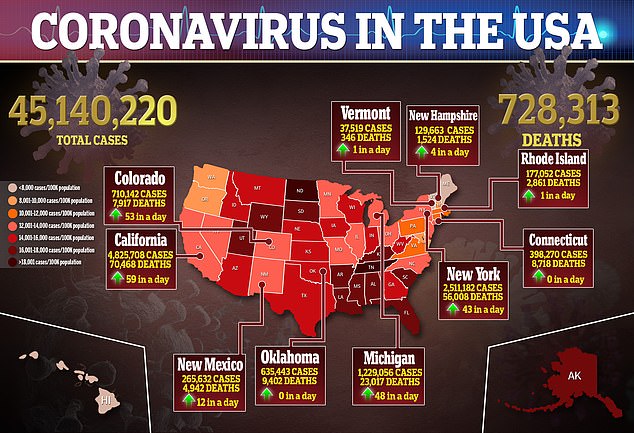