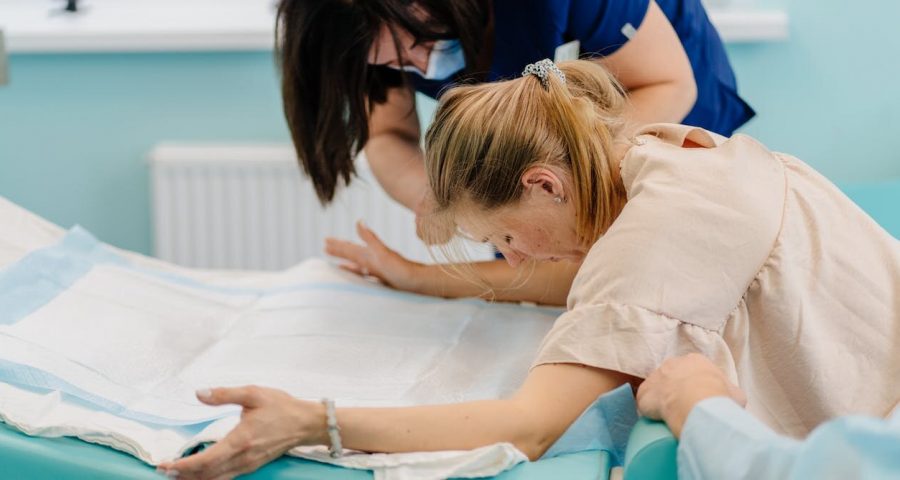 Having a baby can be an empowering experience when women are treated with kindness and respect.

However, some women are left feeling traumatized by how they were treated. When women receive disrespectful and abusive care from health providers during pregnancy, labor and birth, or after the baby is born, it’s called obstetric violence. This includes verbal, physical and emotional abuse, threats or coercion by health providers.

Our study, published December 5 in the journal Violence Against Women, is the first to look at Australian women’s experiences of obstetric violence. Of the 8,804 women we surveyed, more than one in ten (11.6%) indicated they had, or may have, experienced obstetric violence.

Respondents who elaborated told us this ranged from disrespectful, abusive and coercive comments (42%) to physical abuse (7%) and vaginal examinations without consent (17%).

Our data comes from the Birth Experience Study, a survey asking Australian women about their birth experiences over the past five years.

We asked participants if they experienced obstetric violence and they were able to leave comments if they wanted to.

Like all surveys, women who are more educated and have English as their first language tend to respond the most. To reduce this bias, we translated the survey into seven other languages.

Some 626 women left comments describing feeling dehumanized, powerless and violated. Some experienced psychological and emotional abuse, while others were threatened and yelled at.

More alarming were the experiences of physical assault, such as forcible restraint or being held down.

Some women felt the experience was like a sexual assault. This was mainly associated with rough vaginal examinations or procedures the women didn’t consent to.

As one woman from New South Wales explained, “I was told by the doctor who just appeared in the room that he would need to do a vacuum delivery and an episiotomy, and I felt him cut me as he was speaking before [using] a numbing needle, it wasn’t during a contraction and I hadn’t had a chance to consent yet.”

Another woman from Queensland told us, “I felt dehumanized because (A) nobody told me the procedure was optional or gave me choice to opt out. (B) I was very clearly highly distressed and they didn’t pause or stop the procedure to check my consent. (C) there were three people I didn’t know standing and looking at my exposed naked body. (D) the midwife had joked about the procedure.”

What is the law in Australia?

The Australian Capital Territory, Victoria and Queensland have their own state/territory human rights acts. This protects against “cruel, inhuman or degrading treatment” and requires clinicians get the “person’s full, free and informed consent” before performing any medical treatment.

However, across Australia, consent is always required before any medical treatment or examination, except where the woman is incapacitated or unconscious. The provider must explain the proposed treatment in a way that is balanced, truthful, timely, and free of harassment and coercion. And she can change her mind at any time.

Clinical guidelines don’t trump the right to bodily integrity. If guidelines suggest a vaginal examination, they need to be explained, including the reasons for the treatment and the alternatives. Then the woman has to be given an opportunity to accept or decline.

Yet our study detailed many instances of treatments or examinations with either no consent, no informed consent, or despite their refusal.

Midwives and obstetric doctors are expected to practice ethically and respect their patients’ right to refuse consent or withdraw consent.

Patients can make complaints about doctors or midwives, however there are a variety of different methods dependent on state/territory which can make the process confusing and overwhelming.

How do we eliminate obstetric violence?

All women deserve respectful maternity care, free from harm and abuse. To prevent obstetric violence, we first need to recognize it exists.

The next steps need to involve getting the main professional colleges for obstetricians and midwives, consumer organizations, universities that train health providers, health departments and governments to work together to change policies and improve education.

The International Confederation of Midwives and UN Population Fund created a RESPECT toolkit to facilitate workshops for health care providers on respectful maternity care to support their strategy to create zero tolerance for disrespect and abuse. Programs such as this could be implemented across Australia.

Alongside education, we need legislation recognizing obstetric violence as a human rights violation. This would mean women are aware of their rights and have access to legal support if needed. It would also prompt governments and health services to develop quality improvement systems, including repercussions for clinicians who commit obstetric violence.

Provided by
The Conversation

This article is republished from The Conversation under a Creative Commons license. Read the original article.