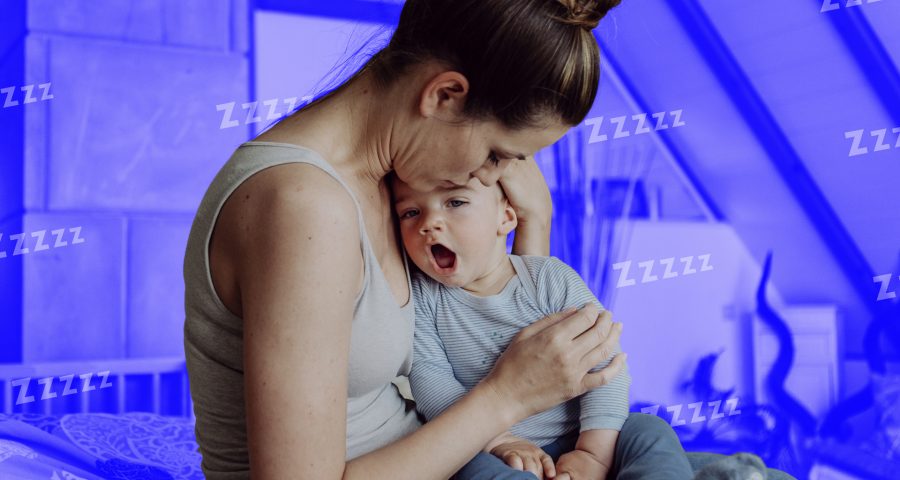 Though I don’t have children of my own, I know enough new parents to know that having a baby means not sleeping on anything that resembles a regular schedule. Babies seem like they sleep a lot, but they also need to eat and be changed all the time, and from what I hear, they’re not very flexible or considerate of your need to sleep.

But once you sleep train them you should be back to your pre-baby amount of sleep, right? Well, technically yes — eventually — but according to a new study, new parents face approximately six years of disrupted sleep.

Mothers have it especially rough, with a dramatically reduced sleep schedule for the first three months of a baby’s life. We should note, though, that the research appears to have focused on heterosexual two-parent households, so the results may not be generalizable to the whole population. But, it did mention that being a single parent, or coming from a higher income household did not have much of an impact on the changes in parents’ sleep after a child is born.

The study looked at data from 4,659 parents who had a child between 2008 and 2015 and reported on their sleep in regular interviews. They found that in the first three months after birth, mothers slept an average of one hour less than they did before they got pregnant, while fathers only saw a reduction in sleep by only about 15 minutes each night.

“Women tend to experience more sleep disruption than men after the birth of a child reflecting that mothers are still more often in the role of the primary caregiver than fathers,” Dr. Sakari Lemola, from the Department of Psychology at the University of Warwick said in a statement.

The gendered sleep gap did close a bit when the children got a little older: when kids reach the ages of four to six, mothers got about 20 minutes less sleep than before getting pregnant, while fathers still were down around 15 minutes. The research also found that this impact on sleep was most significant in first-time parents compared to those with multiple children. It also found that in the first six months after birth, mothers who breastfeed experience more sleep deprivation than those who don’t. This clearly makes sense as it means that she’s the one physically necessary to feed the kid.

“While having children is a major source of joy for most parents,” Lemola noted, “it is possible that increased demands and responsibilities associated with the role as a parent lead to shorter sleep and decreased sleep quality even up to six years after birth of the first child.”

Just something else to consider when you’re deciding whether to procreate.