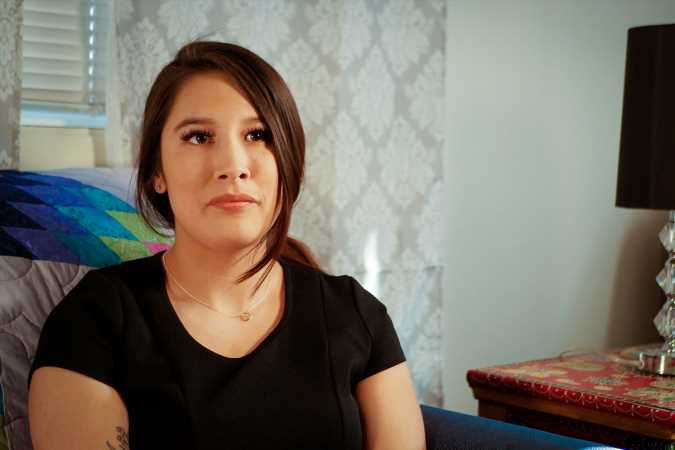 POPLAR, Mont. — When Maria Vega was a senior in high school in 2015, she found the body of one of her closest friends, who had died by suicide. A few days later, devastated by the loss, Vega tried to take her own life.

After the attempt failed, she was arrested and taken to juvenile detention in Poplar, a remote town on the Missouri River a short drive from the North Dakota oil fields. She was put in a cell and kept under observation for several days until a mental health specialist was available to see her. Her only interaction was with the woman who brought food to her cell.

“I remember asking her if I could have a hug and she told me, ‘I’m sorry, I can’t do that,’” Vega recalled. “That was honestly one of the hardest things I ever went through in my life. I felt like I was being punished for being sad.”

Jailing people because of a mental health issue is illegal in Montana and every other state except New Hampshire. But Vega is a member of the Fort Peck Assiniboine and Sioux Tribes, a sovereign nation with its own laws. An 11-year-old tribal policy allows law enforcement to put members who threaten or attempt suicide in jail or juvenile detention to prevent another attempt.

Fort Peck’s tribal leaders say they approved the policy out of necessity because there were no mental health facilities equipped for short-term housing of people in mental crisis.

The covid pandemic has only exacerbated the crisis. In 2020, the tribes filed a record 62 aggravated disorderly conduct charges, the criminal charge they created in 2010 to allow law enforcement to book people they deemed a risk to themselves or others.

Stacie FourStar, chief judge of the Fort Peck Tribal Court, said this year has been even worse: The tribe is filing two to four charges per week. The policy has swept up people — particularly adolescents — with no criminal records and no experience with the criminal justice system, she said.

The judge fears it creates a perverse incentive not to call 911 or reach out for help when depression sets in. “They don’t want to go to jail,” FourStar said. “They just want somebody to talk to.” 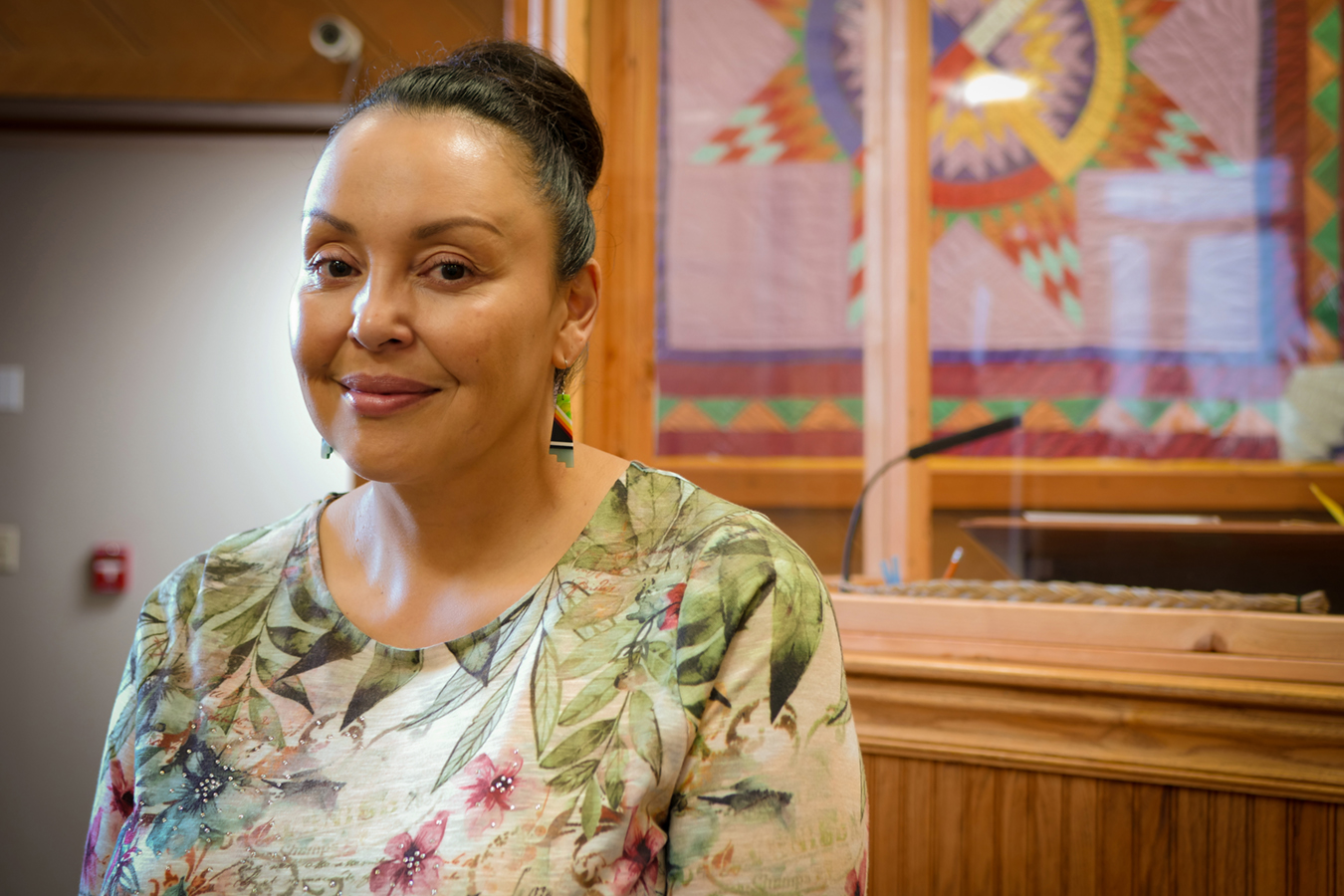 Tribal officials and various mental health advocates have been trying to find an alternative for nearly a decade. But the reservation is still badly lacking in both secure psychiatric facilities and qualified mental health workers. Despite funding available for new positions, recruitment efforts have failed and there is still no viable alternative to keep people safe.

“Their hands are tied,” FourStar said, noting that if “personnel and facilities aren’t available, we’ll be putting people in an unsafe situation.”

Having experienced imprisonment herself as a teen, Vega is now part of a team of tribal members, state educators and policy experts looking for alternative solutions.

The group’s ideas include ensuring that a mental health specialist is the first point of contact for a person in crisis and setting up safe houses, said Harvard University political scientist Daniel Carpenter, the project’s leader.

In May, the group presented a plan to the Fort Peck Tribal Council, which has yet to act on its recommendations. A spokesperson for the Fort Peck Tribes said the tribes are looking into the policy but declined to comment further.

Yet tribal leaders say that unless they can attract mental health workers to remote northeastern Montana, the jailings will likely continue. “We can propose all we want,” said Jestin Dupree, a tribal legislator and chairman of the law and justice committee. “We’re not getting the doctors, the qualified people.”

The Fort Peck reservation, a windswept cluster of small towns surrounded by 2 million acres of rolling farmland, has a suicide rate that in some years has topped six times the national average. Native American adolescents are twice as likely to die by suicide as their white peers.

The 2010 policy that put Vega in jail followed a cluster of more than 150 suicide attempts and the deaths of at least six teenagers. Overwhelmed by the crisis, Fort Peck’s tribal government created the “aggravated disorderly conduct” charge.

“It came from desperation,” said FourStar, who was chief tribal prosecutor at the time. “Families weren’t able to handle the needs of their loved ones and they didn’t want them to hurt themselves.”

People charged with aggravated disorderly conduct are held until they can undergo a mental health evaluation and attend a court hearing, where they may receive a court-ordered treatment plan. If they comply with the plans, the charge is dropped. They usually don’t end up with a public criminal record, but the court system can still track them. 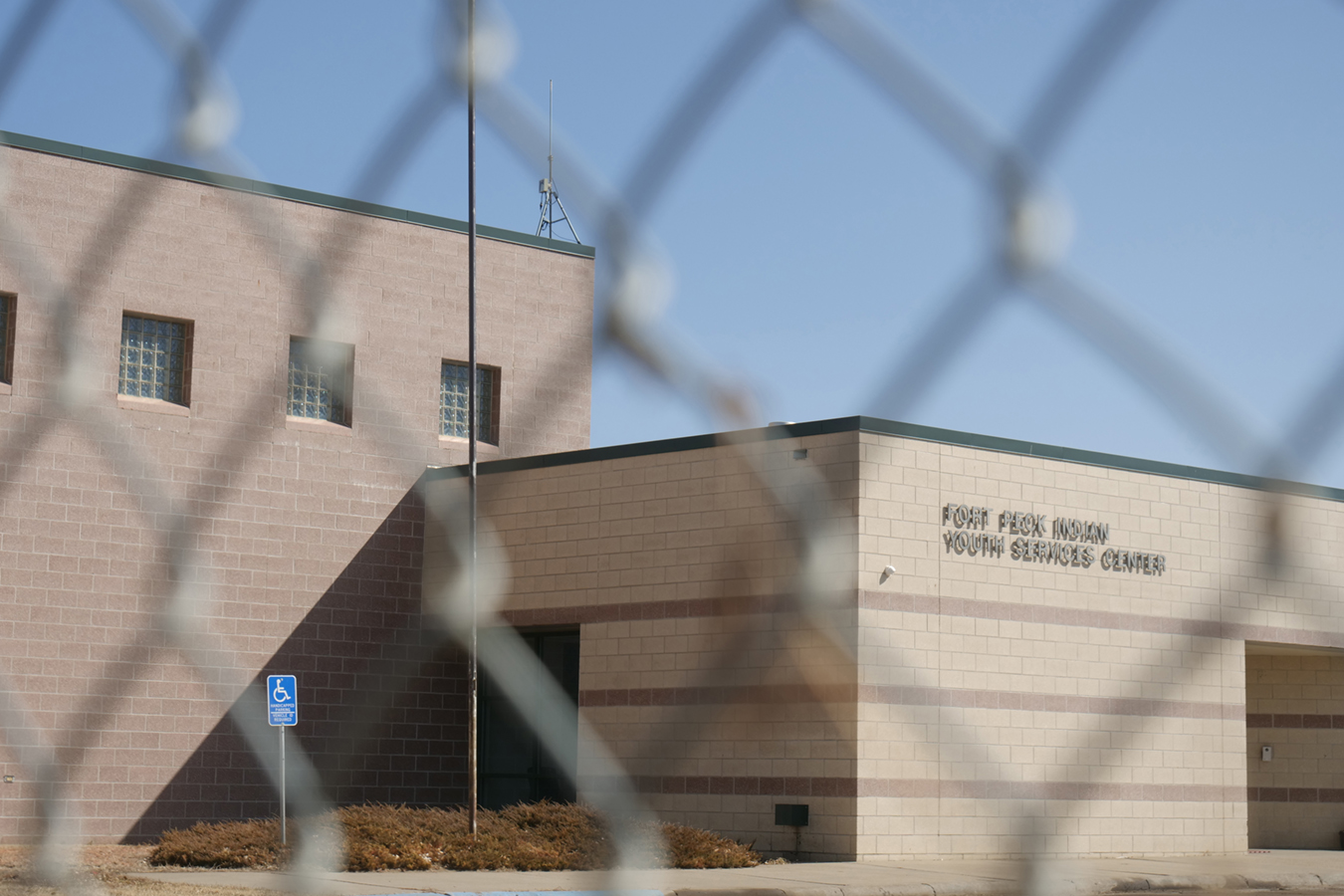 Nontribal members are never put in jail, because the tribe lacks jurisdictional authority over them. Instead, a police officer ends up sitting with them in the hospital — sometimes for days — until they can be evaluated.

Not every suicide threat or attempt ends in an aggravated disorderly conduct charge. Ideally, a person in crisis is immediately evaluated by a mental health professional at the Indian Health Service or a telemedicine provider who can refer them to emergency care, if needed.

“Even though there’s difficulties in trying to get care for them, we still persevere,” said Sylvia Longknife, an IHS mental health specialist in Poplar. Longknife is IHS’ only mental health worker on the Fort Peck reservation since two other providers quit this year, meaning she can’t always immediately see somebody in crisis.

Longknife said she sees between two and five emergency cases a week. If the situation is deemed an emergency, the patient is referred to a facility four hours away in Billings. IHS doesn’t have its own transportation, so it either asks family members to drive the patient or requests transportation funds from the tribe.

If a suicide attempt occurs on a weekend, after hours or when a mental health worker is unavailable, police officers who respond may end up taking the person to a hospital for medical treatment, if necessary, and then to jail.

Lisa Dailey, executive director of the Treatment Advocacy Center, a national nonprofit that pushes for access to mental health treatment, said jailing people for attempting suicide criminalizes mental illness. “Prison or jail are the worst settings you can possibly be because you’re in a psychiatric crisis,” she said. Even if the care is good, she said, “being incarcerated is a traumatizing experience.”

Studies have shown that the risk of self-harm in prison increases if someone has been held in solitary confinement or has previously attempted suicide.

The Fort Peck reservation isn’t the only jurisdiction where people can be jailed after a suicide attempt. In New Hampshire, suicidal people often end up in the state’s only secure facility: the men’s prison.

After the Fort Peck tribes approached Carpenter’s Native American politics class last year for ideas, he and his undergraduate students began consulting with tribal members and others in Montana and working to research potential alternatives to jail.

The Flathead tribe in western Montana, for instance, specifies that people should be held in the “least restrictive environment” possible to protect their well-being, short of a jail cell. Carpenter said this could take the form of a “safe house” that separates a person from weapons.

Other potential fixes include requiring that a mental health worker accompany police during interactions with a suicidal person to ensure that jail is the last resort, and creating a new “mental health code” that would treat suicidal people differently from those who pose a threat to others.

The state of Colorado put $9.5 million toward community-based health treatment in 2017, then made it illegal to jail people awaiting mental health evaluations who hadn’t been charged with a crime.

But places like reservations may have no choice. “With no resources, there’s very little you can do about any of those issues,” Dailey said.

But the positions have been difficult to fill. IHS and other health providers in northeastern Montana struggle to attract candidates to live in a region 70 miles from the nearest Walmart, with few jobs or entertainment options for families.

FourStar said the tribes hope to use covid relief aid to improve behavioral health services so that suicide attempts can be treated as civil cases instead of criminal ones. “I think this will go somewhere, as long as we can get the manpower,” she said.