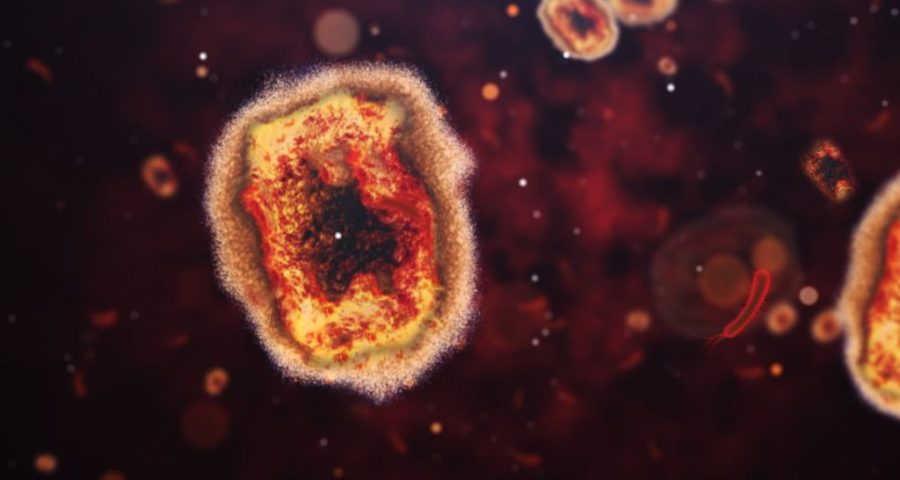 Doctors diagnosing monkeypox should be on the lookout for symptoms that don’t quite match the typical descriptions of the disease, the Centers for Disease Control and Prevention (CDC) warned (opens in new tab) June 14.

The monkeypox virus belongs to the same family and genus as the virus that causes smallpox and triggers similar, but milder, symptoms, according to the CDC (opens in new tab). At the start of the infection, people usually develop fever, headache, muscle aches, swollen lymph nodes and fatigue. Then the characteristic rashes associated with monkeypox begin to appear. These rashes typically progress through several stages, initially looking like discolored patches of skin then raised bumps, then blisters and finally large, pus-filled pimples; eventually, these skin lesions scab over and fall off.

Historically, monkeypox rashes tend to erupt around the face and in the oral cavity, first, and then may progress to the extremities, including the palms of the hands and soles of the feet. However, some of the recent monkeypox cases in the U.S. have diverged from this pattern, the CDC reported.

Many U.S. patients’ rashes have initially appeared around the genitals and anus, as well as the tissues lining the mouth. In some patients, these rashes have caused pain in the anus and rectum, rectal bleeding, painful inflammation of the rectal lining (proctitis) and the sensation of having to pass stool when the bowels are empty (tenesmus). These symptoms are not included in the typical descriptions of monkeypox.

In some cases, patients’ rashes have either been “scattered or localized to a specific body site,” apart from the face and extremities, the CDC noted. Rashes in different stages of progression have sometimes appeared alongside each other at the same body site. And the usual flu-like symptoms of fever, swollen lymph nodes and fatigue “have not always occurred before the rash if they have occurred at all.”

Similarly odd presentations of monkeypox have been seen in other countries impacted by the current outbreak. “It’s now clear that there is an unusual situation, meaning even the virus is behaving unusually from how it used to behave in the past,” Dr. Tedros Adhanom Ghebreyesus, the World Health Organization (WHO) Director-General, said at a briefing, according to NBC News (opens in new tab).

People who develop potential symptoms of monkeypox should contact their healthcare provider, especially if they meet the following criteria:

“Any person, irrespective of gender identity or sexual orientation, can acquire and spread monkeypox. In this outbreak, however, many of the reported cases in the United States are among gay, bisexual, or other men who have sex with men,” the CDC noted. For this reason, the health agency has emphasized that men who have sex with men should be aware that the virus may be spreading within their social networks.

As of June 24, just over 4,100 monkeypox cases have been detected in 47 countries and territories, according to the CDC (opens in new tab); this global case count, which is subject to change, includes both confirmed monkeypox infections and infections attributed to an Orthopoxvirus — the genus of viruses that includes monkeypox.

In the U.S., 201 such cases have been identified in 25 states and the District Of Columbia, so far, the CDC reported (opens in new tab).

Nicoletta Lanese is a staff writer for Live Science covering health and medicine, along with an assortment of biology, animal, environment and climate stories. She holds degrees in neuroscience and dance from the University of Florida and a graduate certificate in science communication from the University of California, Santa Cruz. Her work has appeared in The Scientist Magazine, Science News, The San Jose Mercury News and Mongabay, among other outlets.