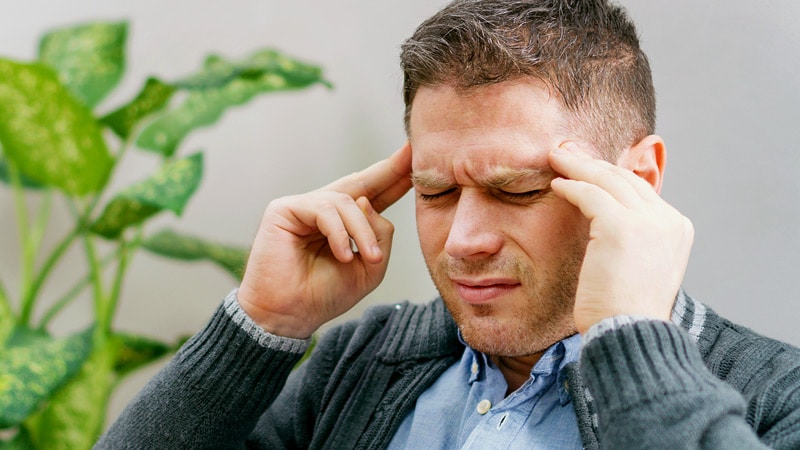 Although migraine prevalence rates in the United States have remained stable for almost 30 years, the proportion of chronic migraine is rising, new research suggests.

“Migraine prevalence has been relatively unchanged over the past several decades, but our measurements of burden, or the impact of migraine, has been going up,” study investigator Fred Cohen, MD, headache medicine fellow at Jefferson Headache Center, Thomas Jefferson University, Philadelphia, Pennsylvania, told Medscape Medical News.

The findings were presented at the American Headache Society (AHS) Annual Meeting 2022.

Ways of measuring migraine burden have changed over time. In the 1990s, experts only used the number of missed workdays. But today, they use the migraine disability assessment (MIDAS) and the six-item headache impact test (HIT-6) to assess lost productivity and the impact on school, home, and social life.

For the study, the investigators analyzed 11 US epidemiologic studies conducted from 1989 to 2018 that defined migraine using International Classification of Headache Disorders (ICHD) criteria. Government surveys were not included because of their reliance on self-report of a medical diagnosis and/or having experienced a recent severe headache or migraine.

The analysis showed an “ebb and flow” of migraine prevalence over time, but the rate remained stable, said Cohen. The prevalence rate ranged from a low of about 11.7% to a high of about 14.7% over time.

However, Cohen noted that the moderate to severe degree of disability, signified by a grade of 3-4 on the MIDAS, appears to be going up.

In addition, the researchers found a decrease in the number of individuals reporting low-frequency episodic migraine, defined as zero to three headache days a month, but found a steady increase in the percentage of patients reporting chronic headache, defined as 15 or more headache days a month. This number almost doubled from 6.8% in the AMPP study to 11.7% in the OVERCOME study.

These findings could merely be an artifact of using different tools to assess burden, Cohen noted. Early studies were all mail-in or phone surveys or both. However, starting in 2012, surveys were conducted using online panels, he added.

“It could very well be that this change in methodology, this change in participant interaction, is leading to some kind of bias,” said Cohen, who in the fall will be clinical assistant professor of medicine and neurology at Mount Sinai in New York City.

In addition, responder rates in these studies have declined over time, which could bias outcomes, he noted.

Still, the increased burden could be real and could be caused by a host of possible factors including, for example, a change in use of opioids, which previous studies have shown makes headaches worse.

Of interest, Cohen noted that opioid use “did not go up for the most part” over the course of the analysis.

Investigators also investigated employment, but again, this did not seem to be a factor in the findings. “The employment rate has not recovered from the 2008 recession,” said Cohen.

Climate change could also contribute to the rise in migraine burden, as environmental factors such as change in barometric pressure are a common migraine trigger. Cohen said that new research points to natural disasters as an important contributor to migraine.

There are also changes in cultural views of migraine and stigma that might affect burden, he added. Whereas stigma “wasn’t even talked about in the 1990s,” it’s now being acknowledged and discussed, even though the issue is still “not solved,” said Cohen.

“It’s possible that migraine simply has evolved to become a more severe disorder over time,” said Robbins, who was not involved with the research.

He noted that reasons this trend disproportionately affects women needs to be explored.

However, it’s also possible that a reporting bias in individuals with migraine that has developed over the years, he said.

“It could be migraine is more well accepted as a major cause of disability and people feel more comfortable disclosing symptoms and their impact,” Robbins concluded.

The investigators and Robbins reported no relevant financial relationships.