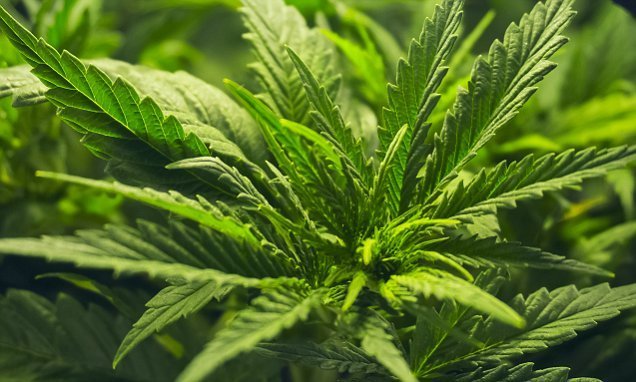 Medicinal cannabis is NOT as effective at relieving chronic pain as thought, four-year study suggests as Government looks set to overturn its stance on prescribing the drug

Patients who used cannabis to combat their agony actually experienced more pain than those who didn’t.

They also coped less well with their discomfort and reported it was interfering more in their life, Australian researchers uncovered.

The trial comes as the UK Government looks set to overturn its stance on medicinal cannabis, following years of fierce campaigning.

Officials have already publicly announced there is ‘conclusive’ proof that medicines that contain the drug can help treat conditions, including chronic pain.

Medicinal cannabis is currently legal in the majority of states in the US, Canada, Uruguay, the Netherlands and Australia among others.

An array of evidence has emerged in recent years to suggest the drug has the power to tackle various conditions, from multiple sclerosis to epilepsy. 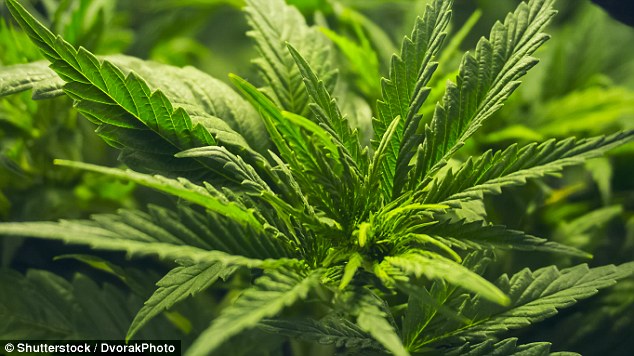 Patients who used cannabis to combat their agony actually experienced more pain than those who didn’t, a study found

But the study, published in a prestigious journal, suggests there is a need for caution as there was no clear role for cannabis in treating pain.

Researchers at University of New South Wales conducted the trial on nearly 1,400 patients in chronic pain that wasn’t caused by cancer.

Subjects had reported being in pain for a median of 10 years, and they had all taken opioids to help, such as morphine and fentanyl.

A quarter of the volunteers had reported using cannabis to treat their pain, revealed the study published in The Lancet Public Health.

Participants who relied on cannabis were up to 17 per cent more likely to have higher pain scores than those who had never used it.

And they also had a fifth higher chance of the debilitating pain interfering with their life.

The trial, led by Dr Gabrielle Campbell, provided ‘no evidence’ that cannabis cut down the use of opioids – despite previous beliefs.

How prescriptions for medicinal cannabis could be available soon

Charlotte Caldwell and her son Billy, 12

Prescriptions for medicinal cannabis in exceptional cases could be available within a fortnight.

An expert panel announced by the Government amid outcry over the case of severely epileptic boy Billy Caldwell began accepting applications for licences for the drug from senior clinicians on Wednesday.

The Home Office announced the panel will make ‘swift’ recommendations to ministers, who will then sign off on applications within two to four weeks.

If given approval, doctors can then start writing prescriptions for their patient, while ministers decide whether to remove cannabis’s banned status as a medicine.

Doctors will have to show there is an ‘exceptional clinical need’ and no other medicine would be suitable for their patient in order to convince the panel.

The panel was announced during the controversy over the department’s confiscation of cannabis oil from Charlotte Caldwell as she attempted to bring it into the UK for her son.

A 20-day emergency licence was granted for 12-year-old Billy, from Co Tyrone, after he was admitted to hospital in a critical condition having suffered multiple seizures.

Dr Campbell said: ‘Chronic non-cancer pain is a complex problem. For most people, there is unlikely to be a single effective treatment.

But she added ‘we found no strong evidence that cannabis use reduced participants’ pain or opioid use over time’.

The use of medicinal cannabis has been increasing worldwide. In recent years, Spain, South Africa, Uruguay and several states in the US have even made cannabis legal for recreational use.

Pressure has been increasing on the UK to follow suit and update its drug policy, with many citing weed’s medicinal properties.

Home Secretary Sajid Javid announced a review of the medicinal use of cannabis in the middle of June. He made the move in a statement to the House of Commons in the wake of a series of appeals from parents who want their children to be able to access medications which can alleviate epilepsy and other illnesses.

Mr Javid revealed he had authorised a licence to be issued for six-year-old Alfie Dingley, after his mother said she had been waiting three months for Prime Minister Theresa May to fulfil a personal assurance that he would be allowed to receive cannabis oil.

Speaking to the House of Commons, Mr Javid stressed at the time that the class B drug would remain banned for recreational use.

England’s chief medical officer Dame Sally Davies recommended medicinal cannabis should be able to be prescribed following the first part of the review.

She said: ‘There is now… conclusive evidence of the therapeutic benefit of cannabis-based medicinal products for certain medical conditions.’

The Government is expected to reach a decision on whether doctors will be able to prescribe medicinal cannabis in the next fortnight.

Chronic non-cancer pain is the most common reason cited for medicinal use, but patients also use it to combat MS, epilepsy and chemotherapy pain.

The new study was funded by the National Health and Medical Research Council – a branch of the Australian Department of Health.