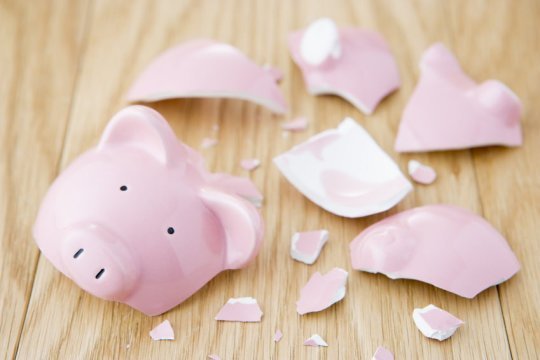 A sudden loss of net worth in middle or older age is associated with a significantly higher risk of death, reports a new Northwestern Medicine and University of Michigan study.

When people lose 75 percent or more of their total wealth during a two-year period, they are 50 percent more likely to die in the next 20 years, the study found.

“We found losing your life-savings has a profound effect on person’s long-term health,” said lead author Lindsay Pool, a research assistant professor of preventive medicine at Northwestern University Feinberg School of Medicine. “It’s a very pervasive issue. It wasn’t just a few individuals but more than 25 percent of Americans had a wealth shock over the 20 years of the study.”

Though the rate of savings loss spiked during the Great Recession, middle- and older-age Americans consistently lost savings across the 20-year period, regardless of the larger economic climate.

The study, which will be published April 3 in JAMA, is the first to look at the long-term effects of a large financial loss.

“Our findings offer new evidence for a potentially important social determinant of health that so far has not been recognized: sudden loss of wealth in late middle or older age,” said senior author Carlos Mendes de Leon, professor of epidemiology and global public health at University of Michigan’s School of Public Health.

The study also examined a group of low-income people who didn’t have any wealth accumulated and who are considered socially vulnerable in terms of their health. Their increased risk of mortality over 20 years was 67 percent.

“The most surprising finding was that having wealth and losing it is almost as bad for your life expectancy as never having wealth,” Pool said.

The likely cause of the increased death risk may be twofold. “These people suffer a mental health toll because of the financial loss as well as pulling back from medical care because they can’t afford it,” Pool said.

The new study builds on prior research in the wake of the Great Recession from 2007 to the early 2010s. Those studies examined short-term health effects such as depression, blood pressure and other markers of stress that changed as peoples’ financial circumstances took a nosedive.

The study was based on data from the Health and Retirement Study from the National Institute on Aging (NIA). Started in 1992, the longitudinal study follows a representative group of U.S. adults 50 years and older every two years. More than 8,000 participants were included in the Northwestern study.

“This shows clinicians need to have an awareness of their patients’ financial circumstances,” Pool said. “It’s something they need to ask about to understand if their patients may be at an increased health risk.”

Next, Pool and colleagues will investigate the mechanisms that lead to higher mortality after a big financial loss. “Why are people dying, and can we intervene at some point in a way that might reverse the course of that increased risk?” she said.

This work was supported by NIA grant T32AG027708. The Health and Retirement Study is sponsored by NIA grant U01AG009740 and is conducted by the University of Michigan. NIA is part of the National Institutes of Health.