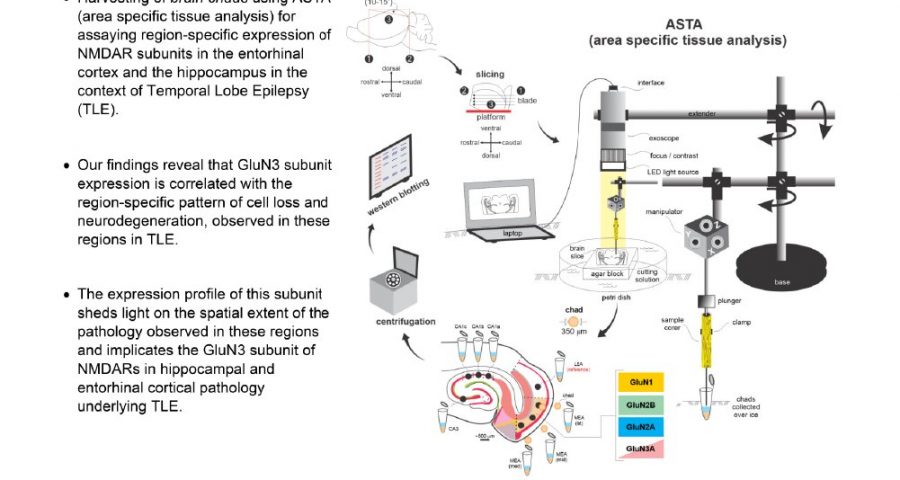 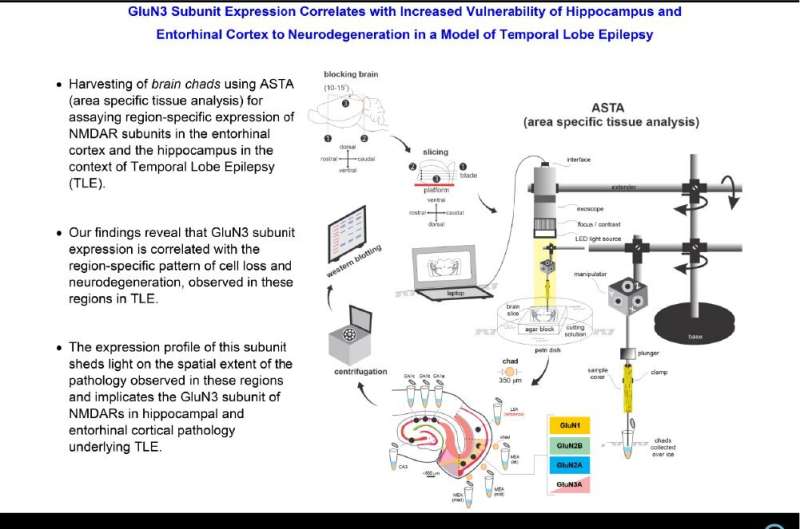 A team of Florida State University College of Medicine researchers has found a link between a specific protein in the brain and increased vulnerability to neurodegeneration for individuals with temporal lobe epilepsy (TLE).

Their findings are published in the Journal of Neurophysiology.

TLE is the most common form of epilepsy in adults and is often resistant to medication. Professor of Biomedical Sciences Sanjay Kumar, who led the study, said the team used a novel technique that made it possible to study small amounts of tissue from hard-to-reach regions within the brain. Kumar, FSU researcher Stephen Beesley and former doctoral student Thomas Sullenberger focused on a chemical messenger called glutamate and one of its receptors, N-methyl-D-aspartate (NMDA).

Glutamate plays a major role in learning and memory, and it must be present in the right concentration at the right time for the brain to function properly. It is also the body’s most abundant amino acid, a building block of protein.

“The relationship between GluN3 and cell loss was not known until this research,” Kumar said. “This advance in cellular biology is an important step for developing therapies to help patients.”

Because GluN3 makes neurons more susceptible to calcium-induced cellular damage, the discovery helps researchers narrow the focus to identify exactly where neurons are dying and in how large an area.

Kumar has applied to patent the novel technique, known as area-specific tissue analysis (ASTA), that he developed. ASTA’s added precision created an improved method of testing for both the presence and volume of specific proteins linked to TLE.

“This research shows how area-specific tissue analysis can be a useful tool,” he said. “I’m excited to explore what further research with this technique can uncover.”