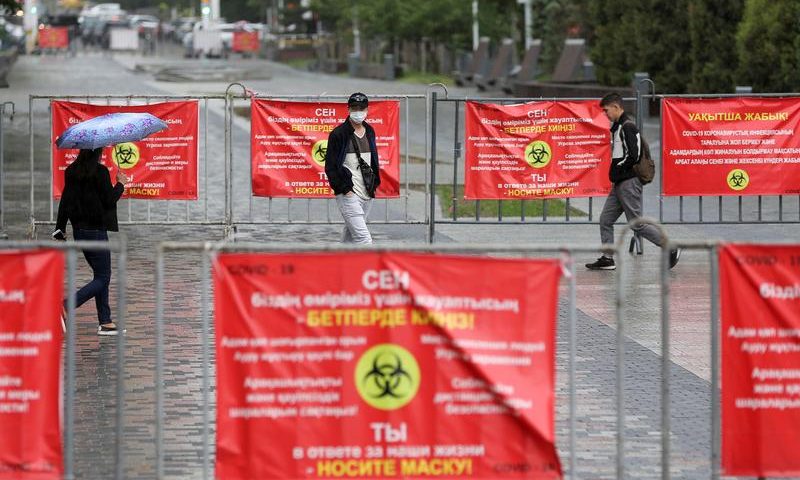 ALMATY (Reuters) – Kazakhstan reported 6,637 new COVID-19 cases on Monday, a daily record for the Central Asian nation which is once again tightening restrictions to curb the fresh spike in infections.

The government also reported 84 cases of pneumonia with negative PCR tests which were likely to be caused by COVID-19.

Most infections were reported in the former Soviet republic’s two biggest cities, Almaty and Nur-Sultan, where authorities last week limited the working hours of businesses such as restaurants and shopping malls and closed some venues altogether such as indoor swimming pools.

About 5.1 million people have received at least one COVID-19 vaccine shot in the country of 19 million which borders Russia and China, and 3.3 million have been fully inoculated.