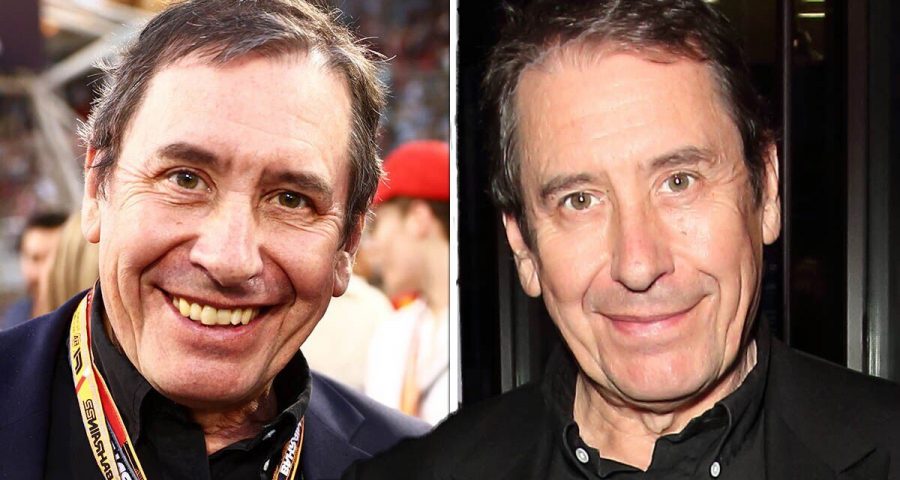 It is now understood that the musician and former band member of Squeeze is now free from cancer, but is now speaking out about his health ordeal to encourage others not to be complacent and to learn the signs of cancer in order to save lives. It is a deeply personal subject for Holland as the star said he had “no symptoms” before he was diagnosed during a routine blood test. Working with the charity Prostate Cancer UK in order to raise awareness of the illness, Holland said: “Thankfully I was successfully treated, but if more people were aware of their risk and caught the disease early, then more lives would be saved.”

Cancer Research UK explains that there are around 52,300 new prostate cancer cases in the UK each year. Typically affecting older men, out of every 10 new cases, four of these are diagnosed at a late stage.

This is due to the fact that prostate cancer usually does not cause any symptoms, so many individuals have the disease for years before realising.

This is exactly what happened to Holland who shared: “I had no awareness of prostate cancer, no symptoms that I noticed whatsoever until I was diagnosed following a routine blood test in 2014.

“People often think ‘this is something that happens to other people’. It’s not like I felt any different.

“It’s not like I suddenly felt ill, except you suddenly have this thing hanging over your head and you think ‘hang on, don’t people die from all this?’

“So obviously that was of concern, but then once I started talking to Professor Waxman I realised there are all sorts of ways of dealing with it if caught early.”

With the support of Prostate Cancer UK, Holland recommended that men use the charity’s website to see if they might be at risk of the condition. Calling it a “starting point”, he said that individuals will be able to work out “quickly” how at risk they are and then book a routine check.

“Had I not had that routine test, where something had shown up, then I would have just gone on and on until it was perhaps too late to have done anything about it,” he continued.

“And that’s why it’s really important for men to be aware of the facts of prostate cancer and understand their risk.

“One thing I would suggest is going on the Prostate Cancer UK website and to their risk checker page where you will quite quickly work out what your risk of having this disease is. And at least that is a starting point.

“I think there will be thousands and thousands of other men out there who aren’t aware of prostate cancer, as well as lots of men who find it difficult to talk about this sort of thing.

“It’s very important to not be afraid to have conversations because it is much better to discuss and address something early, than leave it until it is too late.”

These “risk” factors that Holland mentioned usually apply to men over the age of 50, but also if they have a family history of prostate cancer. The charity states that men who have any of these risk factors should speak to their GP, even if they do not have symptoms.

Recent research has also indicated that being overweight or obese can also be a contributing factor to prostate cancer. In fact, academics looked at previous data on the topic examining 218,237 men enrolled in the UK Biobank study whose BMI (body mass index), waist circumference and waist-to-hip ratio were taken.

These individuals were then tracked for an average of 12 years. In the follow-up period after this initial length of time a total of 661 men had died from prostate cancer

Analysing the health data on those who died, and comparing it to those who did not, researchers found for every five additional points on a man’s BMI score they were seven percent more likely to die from prostate cancer.

This is critical evidence as although obesity has been linked to 13 other cancers – including of the stomach, liver, pancreas and kidney – the association between prostate cancer and weight has only just started to be explored by scientists.

There is no one test available to help diagnose prostate cancer, but one commonly used test is a blood test of PSA. This measures an individual’s prostate-specific antigen levels, with higher levels indicating that something might be wrong. It is important to note that a PSA test alone cannot be used to diagnose prostate cancer, as it is unreliable. Due to this, other tests such as an MRI or biopsy are also used.

If diagnosed with prostate cancer after testing, individuals are advised on the correct course of treatment they need. If caught early enough, prostate cancer may not need treatment straight away. The best option depends on a patient’s age and overall health.

Professor Peter Johnson, national clinical director for cancer for NHS England, reiterates Holland’s points saying: “As Jools’s experience shows, prostate cancer often has no symptoms when it’s at an early stage – so it’s vitally important that men are aware of their prostate cancer risk and feel comfortable discussing this with their GP.

“Only then can we help diagnose more men early on, before the cancer spreads.”