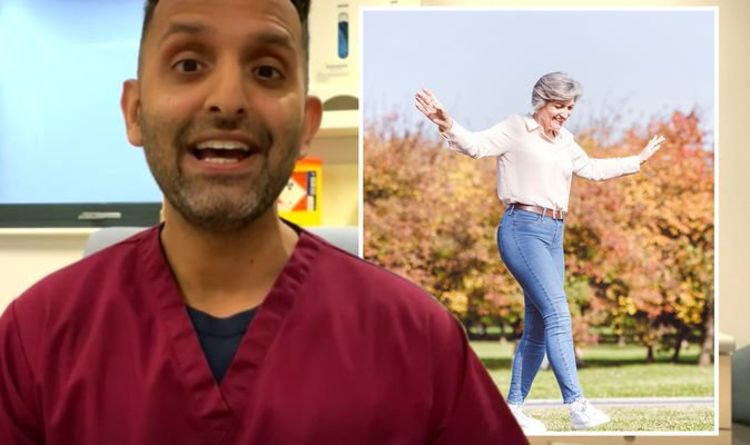 Adding years to your body clock can seem like science fiction but it is readily achievable by making simple tweaks to your lifestyle. Speaking on ITV’s Lorraine, Doctor Amir brimmed with enthusiasm over the findings of a new study, which found engaging in an extra ten minutes of walking a day can cut your risk of death by seven percent annually.

What’s more, upping it to an extra 30 minutes can reduce your risk by 17 percent, said the TV doc.

Doctor Amir’s message was clear: “Movement is for everyone.”

He explained: You can dance, you can garden, anything that gets your heart rate up.”

The TV doc was citing a study published in the journal JAMA Internal Medicine, which found notable reductions in death from moderate increases in exercise.

The study involved amongst 5,000 middle-aged and elderly Americans aged 40 to 85, gathered from a national database, to find out if small increases in their activity level prevented deaths.

They measured moderate-to-vigorous physical activity based on data gathered from the volunteers, who wore accelerometers for one week — a device that measured how active they were.

The researchers estimates found increasing physical activity by 10 minutes per day would prevent 111,174 deaths across the US population annually (6.9 percent).

Men are the main beneficiaries of upping exercise, with 10 minutes more per day reducing eight percent of total deaths, while fatalities among women would decline by 5.9 percent, according to the study.

The figures take into account that increases in physical activity won’t be possible for everyone, such as those considered frail or who require equipment to walk.