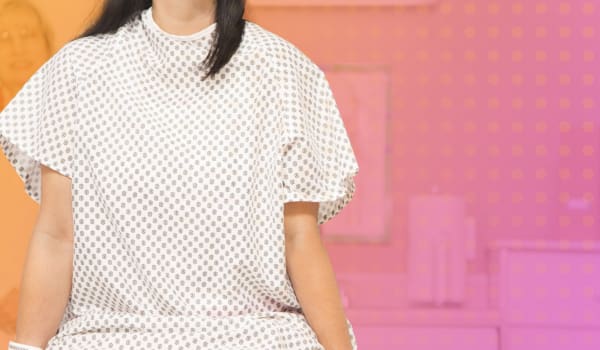 In 2010, when Kristen McRobie was 21, she went to the emergency room with intense abdominal pain. Doctors thought was appendicitis, but after multiple ultrasounds, a CT and an MRI, they concluded that a cyst had ruptured and recommended that McRobie see an endometriosis specialist. A few months, she got the diagnosis: stage 4 endometriosis. The worst case the doctor had ever seen.

“I was lucky,” said McRobie. “Compared to other women, it wasn’t a drawn-out process to get me to that diagnosis.” And she’s right. It often takes multiple years and multiple doctors before endometriosis sufferers are correctly diagnosed. In fact, studies have shown that it can take seven to eight years, according to Tamara Kolev, an obstetrician and gynecologist at Mount Sinai Hospital in New York.

Endometriosis is a disease where endometrium-like tissue that is found inside the uterus begins to grow in other parts of the body, possibly causing pain, adhesions, heavy periods, painful sex and sometimes infertility, according to the Seckin Endometriosis Center.

Kolev said that many patients have symptoms of pelvic pain that doctors often pass off as regular pain from periods, forcing patients to bounce from one doctor to another trying to figure out what is wrong.

Why it’s hard to detect

“Endometriosis does not always show up on an ultrasound,” Kolev said. “If you get a patient who comes in and she’s having pelvic pain, you send her for an ultrasound. If the ultrasound is normal, you might think ‘OK, there’s nothing wrong with her’ — that’s a lot of the issues we find these days with most diagnoses.”

Patients with endometriosis also often have gastrointestinal or urinary symptoms, irritable bowel syndrome or interstitial cystitis. These symptoms and diseases may mask endometriosis as well, sending patients to gastroenterologists, urologists and so on, further delaying diagnosis.

This causes patients to become desperate for answers, which can cause psychological issues. “Patients can get depressed. It is a vicious cycle, because they think ‘OK, the doctors think I’m crazy. Maybe I’m crazy,’” Kolev said. “Then they don’t deal with the pain as well either.”

And while it is normal to experience pain during your period, with endometriosis, it often comes to a point where you are unable to function. “It is affecting your daily life,” Kolev said. “Some people aren’t able to go to work because they’re stuck in bed, they’re unable to go to school if they’re in school. It is a pain that really significantly affects your daily life. You will often get other symptoms with it like nausea and vomiting, and those are all not normal things to experience with your period.”

“A lot of women have painful intercourse and may not speak of it that often because they are either embarrassed or it is a sensitive subject and they don’t want to bring it up,” Kolev said. And that fear and reluctance to talk about or acknowledge what is going on can also be a component of delayed diagnosis as well.

How to manage it

For McRobie, her endometriosis continues to impact every part of her daily life — from what she eats to how she exercises to what products she uses. “You definitely have to make lifestyle changes, your makeup, lotions, exercise routines,” she said. “I stick to light yoga and walking, nothing high-impact.”

She also founded a website and Facebook group where she and other “endo sisters” can come together to support one another. “I came to the realization that I’m not in this alone,” McRobie said. “There are millions and millions of women that are struggling as well.”