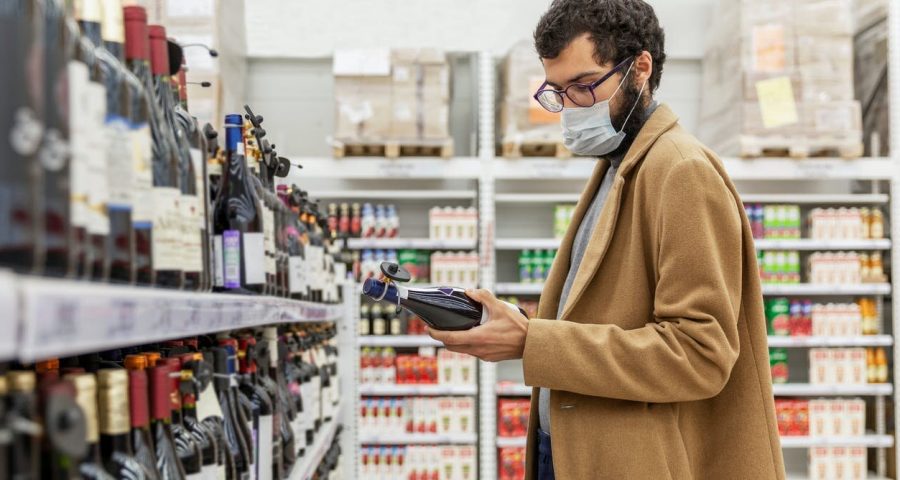 When the UK was placed into its first COVID lockdown in March 2020, many of us may have been tempted to reach for a drink. The country was about to enter an extraordinary period, with no idea of what would happen next, how bad things might get or when it might end. It was unheard of. It was worrying. It was huge.

And as part of that first lockdown, pubs, restaurants and bars closed completely, remaining closed until July. As a team of researchers, we were keen to find out what happened to UK drinking habits during that period. What impact did pub closures have on drinking and therefore our health? Did people drink more or less at home as a result? And were these trends the same across society?

We used information from Kantar’s WorldPanel shopping survey to map out drinking habits over time, analyzing around 5 million purchases of alcohol from almost 80,000 households between 2015 and 2020.

Our first look at the data showed us that alcohol buying in England, Scotland and Wales didn’t increase significantly overall between March and July 2020, once missing sales from pubs and restaurants were taken into account. However, public health surveys reported that many of us felt we had drunk more during lockdown, and official government statistics showed a sharp rise in deaths directly linked to alcohol misuse in 2020—an 18.6% increase compared to 2019 and the highest year-on-year rise in 20 years.

This created a puzzling paradox. How could alcohol sales have stayed stable when deaths linked to alcohol had risen so sharply? To unravel this, we looked at the shopping data again, this time linking it to how much alcohol households would normally buy before lockdown, where those people lived and how much they earned.

Our new analysis shows that after pubs and restaurants closed in March 2020, some households increased the amount of alcohol they bought in shops and supermarkets much more than others.

Households that before the pandemic bought the most alcohol in shops increased their shop purchases during lockdown much more than those households that previously bought the least. The difference was stark. The increase in alcohol buying by the top fifth of pre-pandemic household consumers was 17 times greater than the increase by the bottom fifth.

In simple terms, drinkers who already bought high amounts of alcohol in shops, and so who were already at most risk of harm, were the group that increased the amount of alcohol they bought by the greatest amount. The very lightest drinkers generally appeared to increase their shop purchases the least.

Once lockdown had begun, the average weekly purchase per adult within this top-fifth group was much higher than in any other group, at around 38 units per week—so just under a liter of vodka or four bottles of wine per person, each week. In many individual cases it would have been much higher.

This paints a worrying picture, where those already at risk of health harms from higher levels of drinking seem to have increased their drinking even more during lockdown. It’s likely that the big jump in deaths we’ve seen in 2020 will have been among those with a previous history of alcohol misuse or dependence.

This is especially concerning given that new government figures have shown that around 8 million people in England are drinking so much at home that it’s harmful to their health, with a big increase in the numbers of people drinking at levels considered to be dangerous.

These levels of drinking that we’re now seeing have potentially serious consequences for individual health outcomes, not to mention for health services including primary care, mental health services, addiction support services, acute care and more. And importantly, of course, harmful drinking can have devastating consequences for the families of heavy drinkers and the wider community.

We don’t know for sure what would happen to UK drinking habits if we experienced another extraordinary event like a lockdown, but we can guess they might follow the same patterns.

So it’s even more important that we do more to support vulnerable, heavy drinkers. Steps to take could include alcohol harm prevention strategies, such as supporting brief interventions or encouraging time off drinking, as well as policies that limit very low pricing of alcohol—like the minimum unit price in Scotland and Wales.