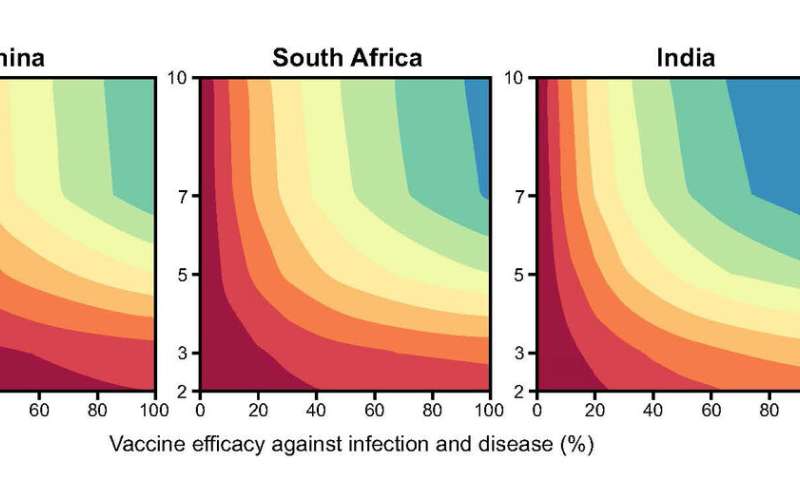 It has been a pandemic since at least biblical times, and unless effective strategies harness the global tuberculosis scourge, the disease will remain problematic and pervasive—an unending plague throughout many regions of the world.

Although tuberculosis has taken a backseat in 2020 to the COVID-19 pandemic, it remains an unrelenting cause of respiratory infections and human misery. The disease costs a hefty $10.4 billion annually, a burden in some of the world’s poorest countries. And its multidrug-resistant forms are not only formidable obstacles to effective TB care and global prevention, but a continuing crisis and health security threat, experts at the World Health Organization say.

The agency has set an ambitious goal of ending TB epidemics in hard-hit countries by 2030. Eliminating the disease altogether is one of the health targets of the United Nations’ Sustainable Development Goals.

Mindful of the pressing need to control the disease, an international collaboration of researchers in London and Beijing has conducted a series of mathematical modeling studies to determine whether several innovative TB vaccines offer new opportunities for tuberculosis control.

Members of the collaborative team hail from the London School of Hygiene and Tropical Medicine and the Chinese Center for Disease Control and Prevention. Public health experts from around the world say time is of the essence to begin the enormous task of reining in TB.

Writing in Science Translational Medicine, the investigators underscore that with “more than 10 million incident cases of TB globally per year and a current average annual incidence rate decline of only 1.8 percent, tools such as vaccines are urgently needed.” The aim, they say, is to accelerate progress toward the WHO’s elimination goal: End TB.

“There are currently 14 TB vaccine candidates in the clinical-development pipeline with the potential for diverse vaccine characteristics and indications,” wrote Rebecca C. Harris lead author of the modeling analysis and a scientist with the TB Modeling Group and Center for the Mathematical Modeling of Infectious Diseases at the London School of Hygiene and Tropical Medicine.

Among the vaccines in the development pipeline are those that prevent disease and another type that prevents infection. While that may seem like a semantic difference, it is important to note that tuberculosis is a complex disease marked by active and latent phases. TB can have latency periods that last a lifetime. Any decline in immunity can cause the infectious bacillus—Mycobacterium tuberculosis—to flare into the active state.

One vaccine candidate that is aimed at preventing the disease has been dubbed M72/ASO1E and is a product of pharmaceutical giant GlaxoSmithKline and the non-profit TB vaccine developer Aeras. Studies have shown that it triggers strong immune responses in a range of populations, including people with HIV. Other TB vaccines that work well pre-infection are in the development pipeline in China.

Yet Harris and her colleagues noted that “critical questions remain” regarding the potential population-level impact of the two different types of TB vaccines.

For example, there is consensus in the scientific literature that prevention-of-disease vaccines are likely to provide greater and more rapid impact than prevention-of-infection vaccines. Despite that belief, Harris and her colleagues underscored that “there is a lack of investigation of the relative impact of vaccines effective for the prevention of infection compared to the prevention of disease in adolescent/adult vaccination strategies.”

To gather answers, the London and Beijing collaborators modeled the impact of hypothetical tuberculosis vaccines in three high-burden countries: China, South Africa and India. They additionally created transmission models that took into account specific age-related demographics and epidemiological data from each of the countries.

“We varied vaccine efficacy to prevent infection or disease,” Harris wrote, describing the two types of vaccines. “In all settings, results suggested vaccines preventing disease in TB-infected populations would have greatest impact by 2050.”

Even though there are 14 TB vaccines under development, there has been only one approved by the U.S. Food and Drug Administration—and the rest of the world—in nearly 100 years. That intervention is known as the BCG vaccine, an abbreviation for Bacille Calmette-Guérin. It was developed over a 13-year period (1908 to 1921) by French bacteriologists Albert Calmette and Camille Guérin, who named the vaccine after themselves.

BCG vaccine provides solid protection against TB in children but is not quite as effective in protecting adults against pulmonary tuberculosis. That’s why research groups, such as the London and Beijing collaboration, are on the hunt for solutions.

Until the COVID-19 pandemic erupted and quickly claimed more than 1 million lives, TB had maintained a deadly reign as the largest single-pathogenic cause of adult mortality on the planet, killing about 1.4 million people annually.

In 2019, the most recent year for complete statistics, 30 countries had high TB burdens, and accounted for 87 percent of new cases, according to the WHO.