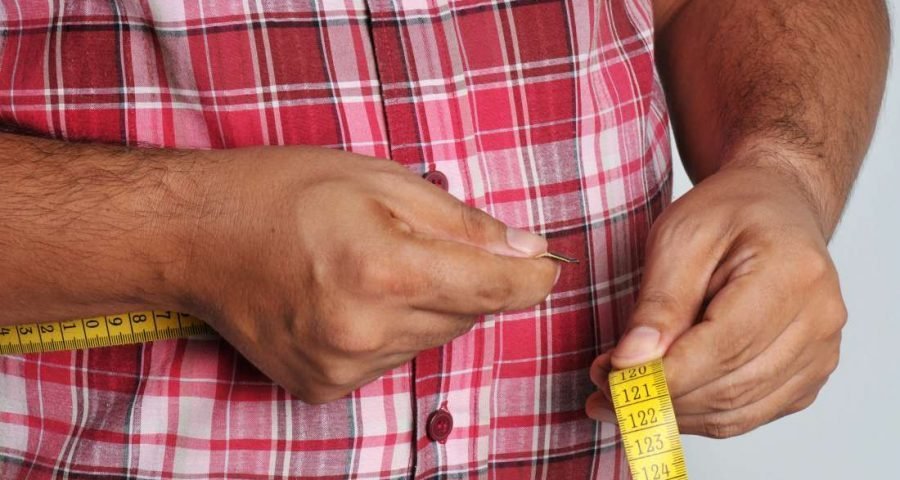 Increasing amounts of evidence now point to the importance of the collections of bacteria found in our guts — often known as the “gut microbiota” — in various aspects of our well-being.

One review even calls gut bacteria “the forgotten organ,” since they are highly active and their chemical processes influence the body’s metabolism in numerous ways.

For this reason, researchers from King’s College London in the United Kingdom decided to take a closer look at what influences the activity of gut bacteria — especially as it relates to weight gain and weight distribution in the body.

In order to do so, the scientists analyzed the fecal metabolome — the collection of molecules, or “metabolites,” produced by certain metabolic processes — of twins, in order to understand how chemical processes that take place in the gut affect the distribution of fat, and particularly its accumulation around the waist.

Excessive waist fat is deemed a risk factor for the development of metabolic conditions, including obesity and diabetes.

Through their research, lead investigator Cristina Menni and her team managed to put together a database listing which gut bacteria were linked with which metabolites. Also, they answered the question, “Are chemical processes in the gut influenced more by our genetic profile, or by our dietary choices?”

Their findings have now been published in the journal Nature Genetics.

“This study has really accelerated our understanding of the interplay between what we eat, the way it is processed in the gut, and the development of fat in the body, but also immunity and inflammation,” says Menni.

“By analyzing the fecal metabolome, we have been able to get a snapshot of both the health of the body and the complex processes taking place in the gut,” she adds.

Menni and colleagues initially collected samples from 786 twins, 93.4 percent of which were female — recruited using the TwinsUK registry — and analyzed 1,116 metabolites. The results of the initial analysis were then replicated in an additional set of 230 twins (98.3 percent female).

The analyses revealed that only 17.9 percent of gut processes are influenced by genetic factors. By contrast, 67.7 percent of these mechanisms were driven by environmental factors — particularly diet.

These findings, the researchers note, are encouraging, because they suggest that we may be able to alter our gut processes and steer them in a more healthful direction, preventing the accumulation of fat in areas such as the waist simply by making changes to our diets.

“This exciting work in our twins shows the importance to our health and weight of the thousands of chemicals that gut microbes produce in response to food,” says study co-author Prof. Tim Spector, the head of King’s College London’s Twin Research Group.

Moreover, the researchers have assembled a database describing fecal metabolomes, as well as which gut bacteria interact with which kinds of chemicals. This knowledge, they hope, may aid future research in the goal of better understanding how our gut microbiota influence health.

And coming studies, the investigators add, may even isolate chemicals that could alter the chemical processes in our guts for the better. As Prof. Spector notes, “Knowing that [chemical processes in the gut] are largely controlled by what we eat rather than our genes is great news and opens up many ways to use food as medicine.”

“In the future […] chemicals [that help to boost our metabolic health] could even be used in smart toilets or as smart toilet paper.”

First study author Jonas Zierer also explains that understanding which factors are likely to alter the activity of our gut microbiota is of great help in the quest when it comes to developing better therapies to prevent conditions such as obesity and diabetes.

“This new knowledge,” explains Zierer, “means we can alter the gut environment and confront the challenge of obesity from a new angle that is related to modifiable factors such as diet and the microbes in the gut.”

“This is exciting, because unlike our genes and our innate risk to develop fat around the belly, the gut microbes can be modified with probiotics, with drugs or with high-fiber diets,” he says.