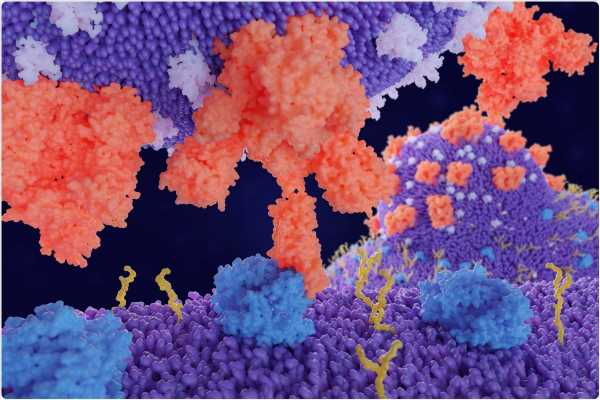 A new study by researchers from Taiwan and the US suggests that the removal of unnecessary glycans from spike glycoprotein of the severe acute respiratory syndrome coronavirus 2 (SARS-CoV-2) exposes highly conserved sequences and opens the door for the development of broadly protective vaccines against the virus and its variants. The study is currently available on the bioRxiv* preprint server.

The coronavirus disease 2019 (COVID-19) pandemic, which is caused by SARS-CoV-2, impelled the global research community to find effective means of controlling this devastating infectious disease. This quest was facilitated by quickly recognizing the structure of the virus. 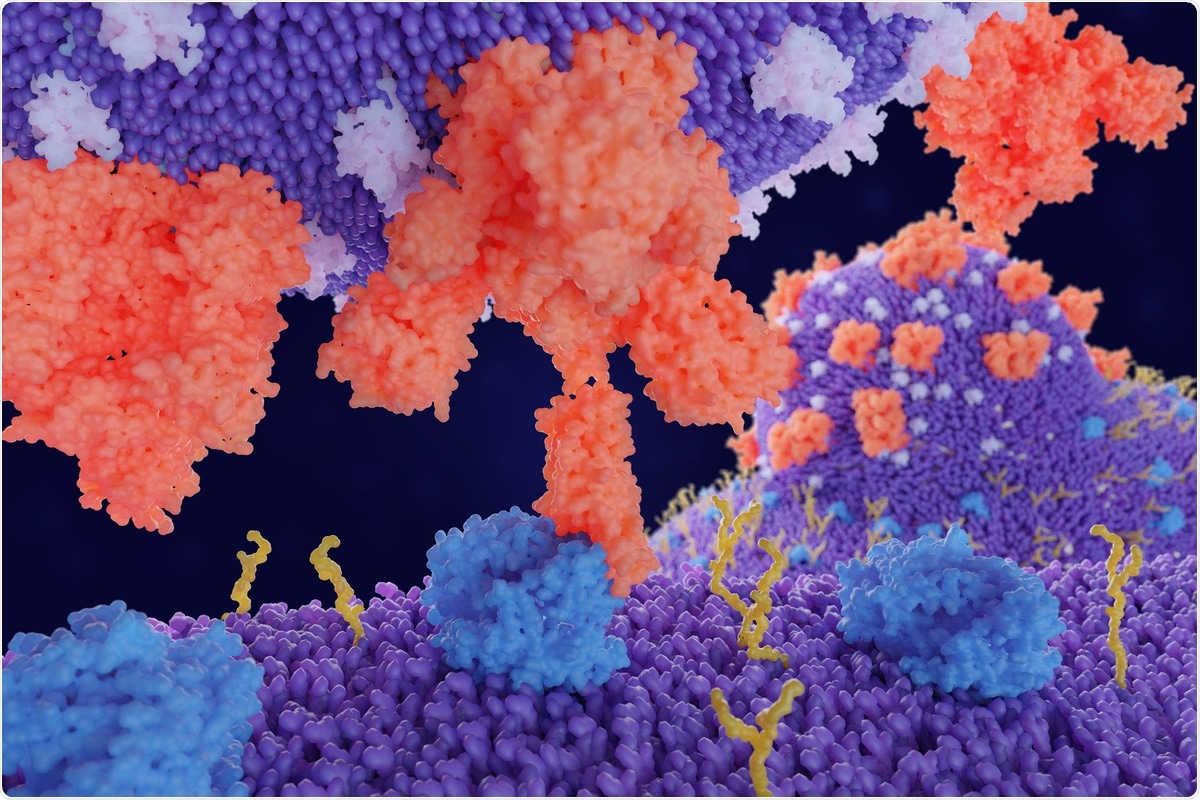 Akin to a myriad of other viral surface proteins, the trimeric spike glycoprotein of SARS-CoV-2 is heavily glycosylated (which is a process of adding carbohydrate moiety to a protein molecule), influencing in turn protein folding and evading host immune response.

More than one million spike glycoprotein sequences with over one thousand mutation sites have been reported to the global GISAID database – including the highly transmissible viral variants of concern found in the United Kingdom (UK) and South Africa. Such frequent transmission and mutation events represent major challenges in the development of broadly protective vaccines.

This is the reason why a research group, led by Dr. Hsin-Yu Liao from the Genomics Research Center in Taipei (Taiwan), has studied the impact of glycosylation on the interaction with the receptor through evaluating angiotensin-converting enzyme 2 (ACE2) and spike glycoprotein expressed in different cell lines.

Then they have conducted a thorough analysis of spike glycoprotein glycosylation, followed by the structural analysis to appraise which residues found at the protein surface are shielded by the glycans and whether they are more amenable to antigenic variation during SARS-CoV-2 evolution.

Based on this approach, the research group has decided to design spike glycoprotein vaccines by glycoengineering, which successfully removed the glycans that may interfere with the presentation of conserved epitopes to develop more broadly protective vaccines against viral variants.

The initial attempt to remove glycans of spike glycoprotein by combining glycosite mutations resulted in a dramatically reduced expression of folded spike glycoprotein, primarily due to the negative impact on protein folding by a deletion process.

In an effort to develop universal vaccines, the researchers have found that mice immunized with monoglycosylated spike glycoprotein elicited better antibody responses that were able to completely neutralize wild-type SARS-CoV-2.

Alongside such improved efficacy, it was also demonstrated that the glyoengineered vaccine could induce much broader protection against SARS-CoV-2 variants – including the UK variant (B.1.1.7), South African variant (B.1.351) and the currently dominant D614G strain.

In conclusion, this study has shown that the glycosylation process of the SARS-CoV-2 spike glycoprotein is indispensable for viral infection and complicated among different glycosites that show differential glycan profiles from different cell lines.

These findings – together with the analysis of its glycoform abundance, glycan shielding, sequence variations and their mutual correlations – further brought forth the idea of a monoglycosylated S protein vaccine,” said the study authors.

Such improved mechanistic understanding of spike glycoprotein paved the way towards a broad-spectrum, high-avidity monoclonal antibody capable of neutralizing both the UK and South African viral variants of concern, with many more to be explored.

Hence, surface protein glycosylation and its influence on viral infection and subsequent immune response of the host should not be underestimated, and it may actually open the door towards the accelerated development of a broad-spectrum COVID-19 vaccine.

Dr. Tomislav Meštrović is a medical doctor (MD) with a Ph.D. in biomedical and health sciences, specialist in the field of clinical microbiology, and an Assistant Professor at Croatia's youngest university – University North. In addition to his interest in clinical, research and lecturing activities, his immense passion for medical writing and scientific communication goes back to his student days. He enjoys contributing back to the community. In his spare time, Tomislav is a movie buff and an avid traveler.