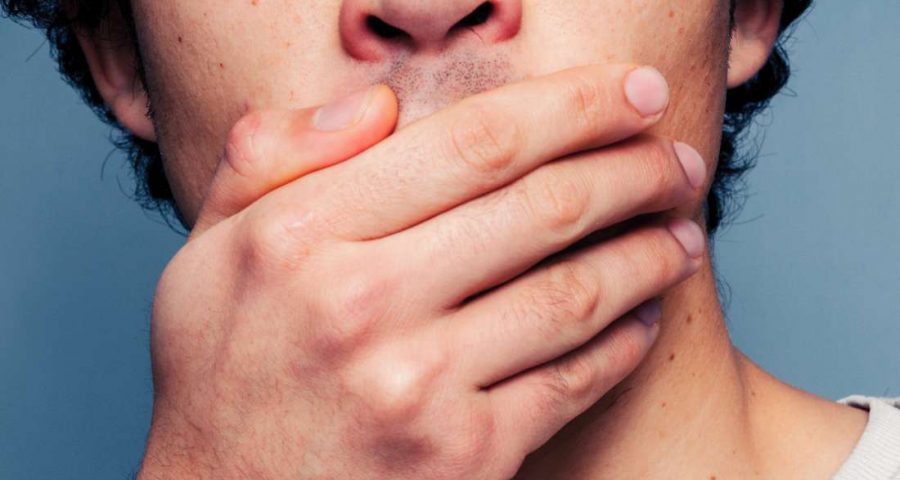 Unintentional foaming at the mouth is an extremely uncommon symptom and a sign of a serious underlying medical condition that requires emergency medical care.

People very rarely produce the large quantities of foam or froth from their mouths that movies or television shows can depict.

Research has shown that even diseased wild animals usually do not foam or froth at the mouth in the exaggerated way most people think.

With this in mind, if even a small amount of bubbly saliva spills out of the mouth unintentionally, a person may need emergency medical attention.

Foaming at the mouth is normally associated with central nervous system problems with life-threatening complications, including coma and death.

Some of the most common causes of foaming at the mouth include:

When someone consumes more drugs or toxins than their body can process, they may experience an overdose.

A severe overdose may lead to seizures, which can cause drooling or salvia to pool in the mouth and be pushed through clenched teeth and lips.

People with severe overdoses may also experience heart attacks and pulmonary edema (PE), where fluid leaks into the lungs, both of which are associated with frothing from the mouth.

When the heart and lungs are not working properly, fluid builds up around both organs and cells are starved of oxygen.

Carbon dioxide and other gases also build up around cells and mix with the fluid, forming a frothy, light-pink or blood-tinted mucus. This frothy mucus may spill out of someone’s open mouth uncontrollably.

People with seizure disorders or epilepsy can experience a few different types of seizures, each with their own unique set of symptoms.

Usually, only one type of seizure, which is called a tonic-clonic seizure or convulsive seizure, is associated with drooling, slight foaming, or bubbling at the mouth.

Tonic-clonic seizures usually cause an immediate loss of consciousness followed by whole-body convulsions.

Tonic-clonic seizures cause a loss of muscle control, which can make it difficult to swallow or open the mouth. During a seizure, this excess salvia tends to pool in the mouth before being thrust through clenched teeth, mixing with oxygen and gases in the mouth, and developing a foamy appearance.

The rabies virus is a zoonotic disease, meaning it can cross over from animals to humans.

Rabies is capable of infecting and damaging the brain and central nervous system of all types of warm-blooded mammals.

One of the symptoms of rabies is paralysis of the throat muscles, which makes it difficult to swallow.

Rabies also causes saliva production to increase. Saliva may then pool in the mouth and mix with oxygen and other gases when a person is unable to swallow.

The number of people who get rabies each year in North America is very small. According to the Centers for Disease Control and Prevention (CDC), only between 1 and 3 cases of human rabies are reported in the United States each year.

Humans with rabies may not experience the same set of characteristic symptoms that animals do, such as foaming at the mouth, extreme aggressiveness, and hydrophobia or the fear of water.

Symptoms in humans include fever and weakness in the initial stages. As the disease progresses, symptoms develop into anxiety, confusion, frantic behavior, hallucinations, and insomnia.

Anyone who is foaming at the mouth or sees someone who is should seek emergency medical attention.

Treatment will vary depending on the cause of foaming at the mouth, but emergency medical treatment is usually necessary to prevent serious, irreversible complications.

Below, we look at the treatment options for the most common causes of foaming at the mouth:

Anyone experiencing a drug overdose should be admitted to a hospital, as soon as possible, and have continuous medical monitoring to prevent serious health risks, such as organ failure, coma, and death.

It often takes only 1 to 3 hours from the time a person injected or ingested a drug for an overdose to cause death.

Signs of an overdose include:

If someone is or may be experiencing an overdose, a witness should call emergency services or drive them to the nearest hospital.

While waiting for help to arrive, a person should roll the individual over on to their side and make sure their airways are clear. Anyone experiencing an overdose should never be left alone.

People who overdose on ingestible toxins, such as alcohol or liquid chemicals, may have their stomach pumped or be given activated charcoal to remove the toxin.

If the overdose was caused by an opioid, a person might receive an injection of an antidote known as Narcan that immediately reverses the action of the drug.

There is currently no known antidote to treat overdoses caused by stimulant drugs.

After an overdose, most people will need to remain in the hospital for at least a day or more, depending on the severity or cause of the overdose.

If someone is experiencing a seizure, a bystander should make sure they are a safe distance from anything that could harm them.

If the person is near a wall, others can use blankets or towels to form padding between the person and the wall.

Remove any furniture surrounding them, such as chairs, coffee tables, or electrical appliances. Never try to place anything in the mouth of someone having a seizure.

Stay with a person who is having a seizure until it is over. Once the convulsions stop and someone starts to regain consciousness, they can be rolled onto their side. It is essential to make sure their mouth and nose are clear.

Cover the person with a blanket or jacket and allow them to rest, checking every few minutes that they are still awake and breathing normally.

People who have epilepsy may not need to seek emergency care every time they have a seizure. After having a seizure, the most important thing many people need is rest and hydration. Having a seizure is stressful and exhausting for the entire body.

Anyone who experiences a seizure for no known cause, a severe seizure, or one that is different than normal for them, should seek emergency medical care.

People should also seek emergency care if someone has a seizure that lasts longer than 5 minutes, or if they are not fully conscious with a normal breathing rate 10 minutes after the seizure ended.

Doctors will monitor a person who has had a seizure to make sure essential bodily functions, such as heart rate and breathing, are normal. They may also give them medication.

If it is someone’s first seizure or the seizure is different from usual, doctors will do tests to determine the underlying cause.

Anyone who thinks they may have been exposed to the rabies virus should see a doctor urgently.

Recommendations for people who may have encountered the rabies virus include:

Once rabies has formed an infection, there is no cure for the disease. People who think they may have been exposed to the rabies virus or infected animals must seek immediate and early immunization to avoid life-threatening complications.

Foaming or frothing at the mouth is a very uncommon symptom, but it is associated with serious health complications. These include drug overdoses, seizures, and rabies infections.

If someone starts to foam at the mouth, a bystander should roll them on their side, make sure their airways are clear, and call emergency services or take them to the nearest hospital.

If left untreated, the conditions known to cause foaming at the mouth can all lead to serious health complications, most often organ failure, coma, and death.