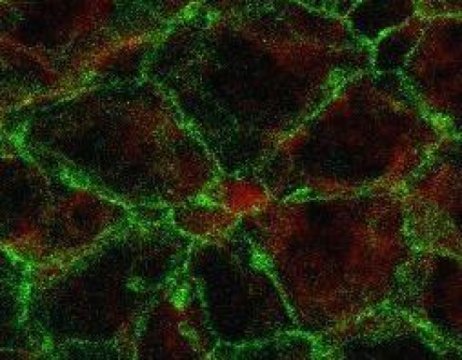 Stem cells in the brain can divide and mature into neurons participating in various brain functions, including memory. In a paper published in the journal ‘Cell Stem Cell‘, scientists at Helmholtz Zentrum München and Ludwig-Maximilians-Universität München (LMU) have shown how this works. They found that ion channels play a key role in mediating force signals to the neural stem cells to activate them.

The ancient Greek aphorism panta rhei means “everything flows,” a phrase used by philosophers to describe the constant flux and interplay between the past and renewal. A recent paper lends this relationship a whole new meaning: a team of researchers headed by Professor Magdalena Götz and their collaborators from the LMU (Prof. Benedikt Grothe) and the Henrich-Heine University Düsseldorf have discovered that the flow of cerebrospinal fluid is a key signal for neural stem cell renewal.

“Neural stem cells in the brain can divide and mature into neurons and this process plays important roles in various regions of the brain — including olfactory sense and memory,” explains Magdalena Götz, Director of the Institute for Stem Cell Research at Helmholtz Zentrum München and professor at the Institute for Physiological Genomics at the Biomedical Center of LMU. “These cells are located in what is known as the neurogenic stem cell niche one of which is located at the walls of the lateral ventricles*, where they are in contact with circulating cerebrospinal fluid.”

The cerebrospinal fluid fills the brain and its roles are still ill understood. This work highlights the role of this fluid as a key signal — but this time not a chemical but a physical signal. Götz and her team, under the guidance of lead author Dr. David Petrik, discovered that brain stem cells are also influenced by the physical forces of the fluid flow.

“The whole mechanism is controlled by the ENaC molecule,” Petrik explains. This abbreviation stands for epithelial sodium (Na) channel and describes a channel protein on the cell surface through which sodium ions stream into the cell’s interior. “We were able to show in an experimental model that brain stem cells are no longer able to divide in the absence of ENaC. Conversely, a stronger ENaC function promotes cell proliferation.”

Further tests showed that the function of ENaC is augmented by shear forces exerted on the cells by the cerebrospinal fluid. The physical stimulation causes the channel protein to open for longer time and allow sodium ions to flow into the cell, thus stimulating division.

“The results came as a big surprise, since ENaC had previously only been known for its functions in the kidneys and lungs,” says study leader Götz. She and her team now want to better explore the fast signals mediated by ions in stem cells and clarify the extent to which the findings are also relevant to treatment. After all, pharmacological ENaC blockers are already used clinically to relieve certain types of hypertension. Now it is known that they can also influence stem cells in the brain and thus brain function. Here, too, research is in constant flow: panta rhei …

* The ventricular system is a set of four interconnected cavities (ventricles) in the brain, where the cerebrospinal fluid (CSF) is produced.