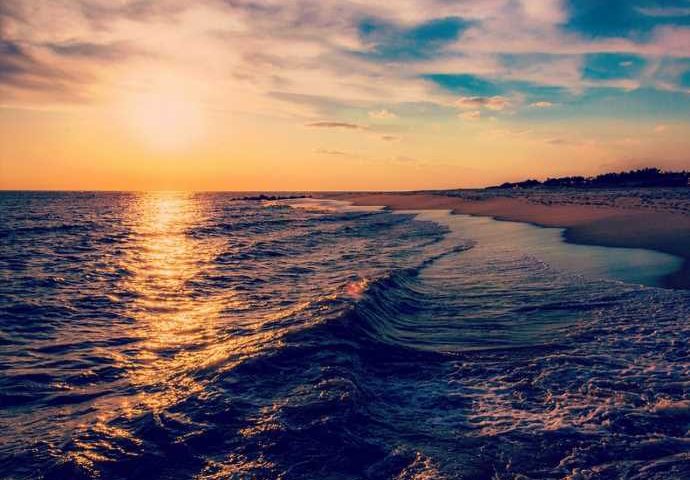 "Flesh-eating" bacteria that live in the ocean may be spreading to previously unaffected beach waters thanks to climate change, according to a new report.

The report authors described five cases of severe flesh-eating bacterial infections in people who were exposed to water or seafood from the Delaware Bay, which sits between Delaware and New Jersey. Such infections have historically been rare in the Delaware Bay, as the bacterium responsible for the disease, called Vibrio vulnificus, prefers warmer waters, such as those in the Gulf of Mexico.

But with rising ocean temperatures due to climate change, V. vulnificus may be moving farther north, making these infections in areas previously off-limits, the authors said. [10 Bizarre Diseases You Can Get Outdoors]

"We believe that clinicians should be aware of the possibility that V. vulnificus infections are occurring more frequently outside traditional geographic areas," the authors, from Cooper University Hospital in Camden, New Jersey, wrote in their report, published today (June 17) in the journal Annals of Internal Medicine.

V. vulnificus lives in ocean waters that are above 55 degrees Fahrenheit (13 degrees Celsius). People can become infected with the bacteria in two ways: if they consume contaminated seafood or if they have an open wound that comes into direct contact with seawater containing the bacteria. Although most people infected with V. vulnificus will develop only mild symptoms, some people develop life-threatening skin or bloodstream infections. V. vulnificus can cause necrotizing fasciitis, a rare "flesh-eating" infection that rapidly destroys skin and muscle tissue. This can result in amputations or even death.

All of these patients had either gone crabbing in the Delaware Bay or consumed seafood from the area, and all of the patients developed necrotizing fasciitis. One patient died.

In one case, a 46-year-old man sustained a minor injury to his leg while crabbing. Two days later, he developed progressive pain, swelling and blistering of his injured leg, which turned out to be an infection caused by V. vulnificus. He needed emergency surgery to remove dead tissue from his leg, and he needed skin grafts to repair large wounds.

In another case, a 64-year-old man developed severe swelling and fluid-filled blisters on his right hand after cleaning and eating crabs. Despite undergoing emergency surgery, he developed an abnormal heart rate and soon died.

And a 60-year-old man who went crabbing and ate a dozen crabs from the Delaware Bay developed progressive swelling in his right leg. He required surgery to relieve pressure in his leg. But his condition worsened and spread to his other limbs; doctors eventually needed to amputate all four limbs, though the man did survive.

Necrotizing fasciitis infections with V. vulnificus usually don't occur in people with healthy immune systems, according to the Centers for Disease Control and Prevention (CDC). People are at increased risk of V. vulnificus infections if they have chronic liver disease or other conditions that weaken their immune systems. Of the five cases described in the new report, three individuals had hepatitis B or C and one had diabetes.

To prevent infection with V. vulnificus, the CDC recommends that people with open wounds avoid contact with salt or brackish water or cover their wounds with a waterproof bandage. To reduce the chances of catching the disease, it's also recommended that people avoid eating raw or undercooked shellfish, the CDC said.