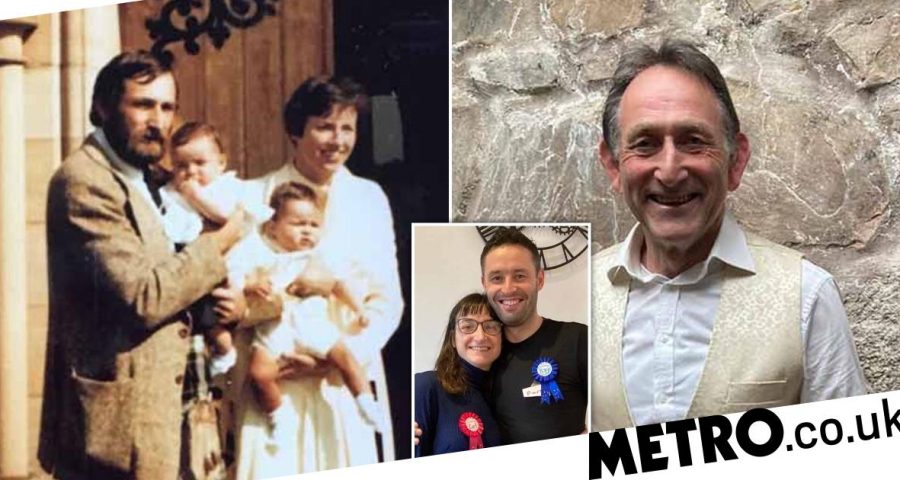 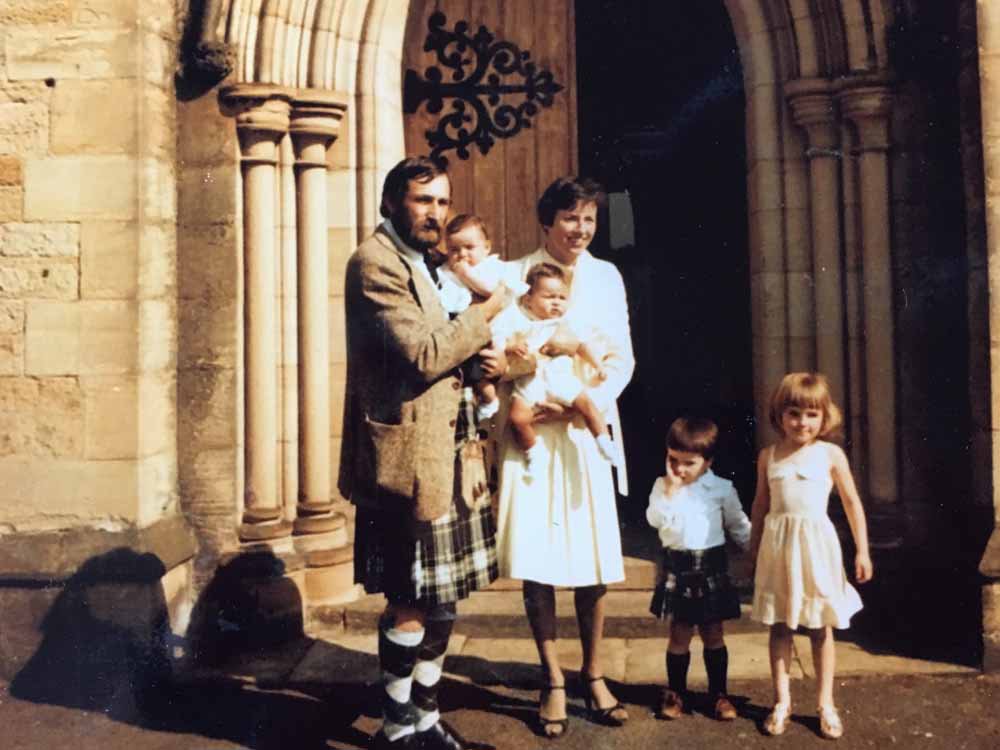 A family who have been torn apart by a genetic condition causing aggressive tumours are raising money in a desperate search to help find a cure.

Life changed forever for Jonathan Williamson, 70, back in 1993, when his wife Sue was given six months to live after complaining of backache, only to be diagnosed with phaeochromocytoma – a rare tumour of the adrenal glands above the kidneys, which had in her case metastasised all over her body.

Radioisotope treatment allowed mother-of-four Sue to live for a decade after diagnosis, but it also weakened her body and her general health deteriorated until she finally passed away in 2003, aged 57.

The family were devastated, and unfortunately were dealt another blow when they later found out Sue’s condition had been caused by a defective gene that could affect her children.

Testing showed that two were clear, but 41-year-old twins, charity worker Jennie and firefighter James, had both inherited the gene – and the tumours had already spread across their bodies.

Charity worker Jonathan, of Dundee, Scotland, who set up The Phaeo and Para Cancer Charity in 2018 in a bid to find a cure, said: ‘In 1993, my life changed forever. Jennie and James didn’t know that their lives had changed forever, too.

‘But our entire family felt the ripple effect. This gene, this cancer, it’s so devastated the family.’

Jonathan and Sue were devoted parents to the twins and their two older children, Katie Kay, 45, a primary school teacher, and Jonathan, 43, another firefighter.

Not long after the couple in 1972, Sue had an operation to remove a tumour in her adrenal gland, but went on to live a ‘completely normal’ life afterwards. It was over 20 years later that a routine appointment for back pain would turn their lives upside down.

Phaeochromocytoma is an unpredictable condition that often occurs in sudden attacks and, if left untreated, can cause severe problems like irregular heartbeats, heart attacks, strokes, and organ failure, according to the NHS, although only one in 10 tumours are malignant.

When Sue was first diagnosed she was given just six months to live. A lifeline came when specialists said the then 47-year-old was eligible for radioisotope therapy – an injection of radioactive liquid, which she would need to have twice a year and would extend her life by destroying cancer cells.

The treatment was successful, and gave Sue a reprieve that left the family ‘feeling pretty amazing’.

However, the toxic radiation finally caught up with her, weakening her system until she sadly passed away years later.

Grateful for the decade the treatment bought, Jonathan said: ‘The toxicity of the treatment took its toll. If she hadn’t been as strong a person as she was, she wouldn’t have lasted as long.

‘But we lived a good 10 years more together than we thought we had.’

New research in 2010 led to Jonathan being told Sue’s cancer was caused by a faulty SDHD gene (which meant there was a 50% chance it could be inherited), and the family finding out the twins were affected.

Both Jennie and James were told they had tumours wrapped around their necks, and that they were inoperable due to their proximity to nerves and arteries.

Mum-of-two Jennie, who lives in Edinburgh with her children and husband, Ainslie Chinembiri, 39, said: ‘Because of our experience of seeing our mum living mostly a normal life, I felt a bit of relief, as I knew we could find the tumours early with the scans.’

She later underwent six weeks of radiotherapy, although further investigations detected 28 cancerous tumours which had spread and metastasised to her bones, like her mum.

Now going through gruelling hormonal treatment to reduce the masses, Jennie said: ‘My diagnosis was devastating, especially for the kids. My family were so supportive, though. Dad comes to every meeting with consultants with me.

‘We are a really close family and my dad is an inspiration. I feel really lucky to have him in my corner.’

As well as raising money, the family are now hoping tests from the tumours James has had removed may provide a key to a cure.

Divorcee James, who lives in Dundee with his partner primary school teacher Karen Dewar, 38, said: ‘The research being done is great, it’s positive and fills me with hope. I’m glad my tumours can be used for some good.

‘It is what it is. We’ve got this faulty gene, and we’re in this situation. But we’re trying to make positive steps to find a cure or medication that can help.

‘I’m quite lucky. While I inherited mum’s gene, I’ve inherited dad’s positivity. I have lots of checks, but it doesn’t affect my life and I don’t have any pain.

‘That may change, I may have another form of cancer, but I don’t let it affect me.

‘Having my family with me has been so great. And as much as it’s not great to have this, it’s nice to have someone like Jennie to go through this with.’

If you want to support The Phaeo and Para Cancer Charity’s research, you can donate here, or find out more on their Facebook page.