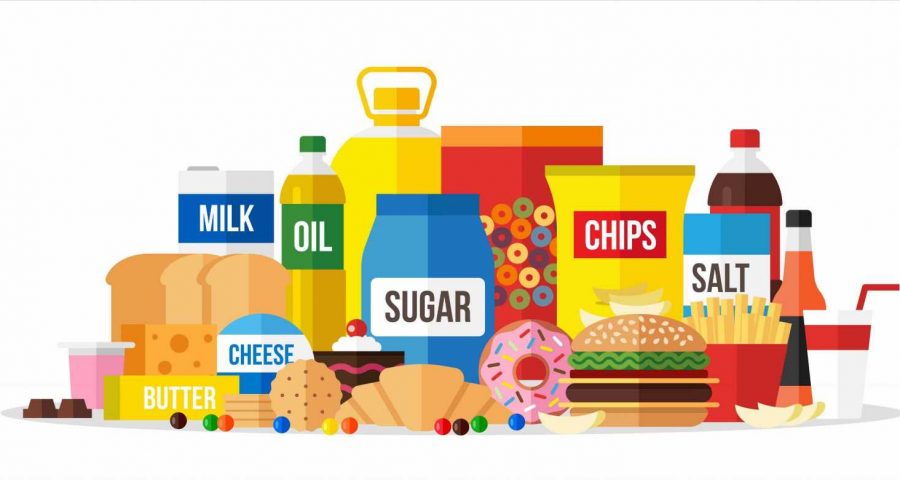 A recent JAMA Pediatrics paper discusses the positive association that exists between the consumption of ultra-processed foods and adiposity measurements from British children.

What are ultra-processed foods?

The NOVA Food Classification system classifies food products according to the extent to which industrial processing has been used to alter their physical, biological, and/or chemical composition. According to this system, ultra-processed foods are industrial formulations that are comprised of ingredients that have either been extracted from raw food material or synthesized in laboratories from food substrates.

While ultra-processed foods are often energy-dense, they typically lack any significant nutrients. To this end, these food products often have high levels of free sugar, salt, and saturated fats, while simultaneously being low in protein, dietary fibers, and micronutrients. With children being the leading consumers of ultra-processed foods, these products are often cheap, durable, convenient, appealing, and tasty.

Some examples of ultra-processed food products include:

This growing consumption has been mirrored by a parallel rise in both childhood and adult obesity, thereby indicating that the consumption of ultra-processed foods may be a lead driver in the increased prevalence of obesity and diet-related diseases. More specifically, recent clinical trials have found that the consumption of ultra-processed foods increases the risk of obesity, type 2 diabetes, cardiovascular disease, cancer, and mortality in adults.

Adiposity is a term used to describe the condition of being severely or morbidly overweight/obese. In a recent JAMA Pediatrics paper, the researchers aimed to understand the association that exists between the consumption of ultra-processed foods and adiposity measurements from childhood to early adulthood in a cohort of over 9,000 British children.

The subjects in this study were initially enrolled when their mothers were pregnant with them between April 1, 1991, and December 31, 1992. Additional enrollments after 1998 resulted in a total sample of 14,888 children from both single and twin pregnancies. Of these, a total of 9,025 children were included in the current study.

All children in this study were followed up from 7 to 24 years of age between September 1, 1998, to October 31, 2017. During this time, the children were invited to a total of 10 clinic assessments that assessed both primary and secondary outcomes of the children.

The primary outcomes that were assessed in this study included:

Comparatively, the secondary outcomes that were measured in this study included:

Before each clinic assessment, a 3-day food diary was sent to the home of the test subjects. Whereas the parents of the children would complete this diary for those between the ages of 7 and 10, children between the ages of 10 and 13 would record their food diary themselves. All food and beverage items that the child consumed for 2 weekdays and 1 weekend day, that were not necessarily consecutive, were included in these food diaries.

The food products that were recorded by the study participants were categorized according to the NOVA food classification system. To this end, each food and beverage item was classified into 1 of the 4 groups based on the extent to which these products were processed through industrial means. These groups included:

In this large prospective study, a total of 9,025 children that consisted of 49.7% and 50.3% of female and male participants, respectively, were followed up for a median of 10.2 years. In their work, children with higher consumption rates of ultra-processed foods were more likely to have lower maternal socioeconomic profiles as compared to those who consumed lower amounts of these same food products.

Some of the major sources of ultra-processed foods among children who consumed the highest amounts of these products included fruit-based beverages, carbonated beverages, ready-to-eat/heat foods, and industrial processed bread and buns. The diets of children who consumed the lowest amount of ultra-processed foods were primarily comprised of water, tea, milk, plain yogurt, and fruit.

Whereas the mean BMI among children who consumed the lowest amount of ultra-processed foods increased by 0.55 per year, those who consumed higher amounts of these same food products had significantly greater BMIs that exhibited a dose-response pattern. In addition to BMI, dose-response associations were also consistently observed for weight and waist circumference trajectories among children who consumed the highest levels of ultra-processed foods.

The current study confirmed the positive relationship that exists between the consumption of high levels of ultra-processed foods and increased adiposity in children. Taken together, this data supports the development and enforcement of national policies that target ultra-processed food products.

For example, the public health authorities in Brazil, Uruguay, Ecuador, Peru, France, Canada, and Israel have all made changes to their national dietary guidelines that limit the consumption of ultra-processed foods. The researchers of this study emphasize the need to develop targeted national policies that limit the production of ultra-processed foods.

After completing her Bachelor of Science in Toxicology with two minors in Spanish and Chemistry in 2016, Benedette continued her studies to complete her Master of Science in Toxicology in May of 2018.During graduate school, Benedette investigated the dermatotoxicity of mechlorethamine and bendamustine; two nitrogen mustard alkylating agents that are used in anticancer therapy.