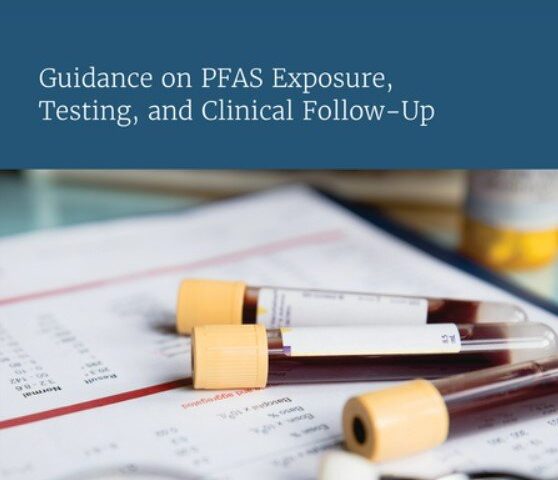 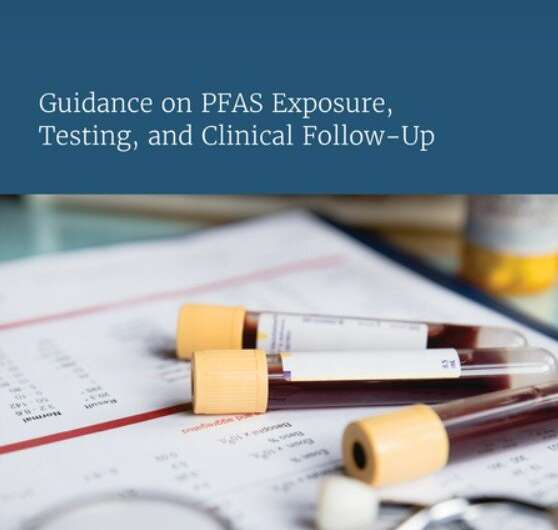 For nearly two decades, Brown University Associate Professor of Epidemiology Joseph Braun has been studying the human health effects, from before conception through adolescence, of exposure to environmental pollutants. Through interdisciplinary, multi-institution research projects, Braun and his collaborators measure levels of exposure and analyze associations with a range of different disorders and health issues, from those that may be experienced by individuals to those that can be passed along through genes to children.

The health effects of these chemicals are becoming indisputable, said Braun, who directs the Center for Children’s Environmental Health at Brown’s School of Public Health.

“There are multiple research groups around the country and the world that are finding more and more ways that exposure to these chemicals not only impacts the health of individuals but also their offspring,” he said. “It’s no longer a matter of ‘if’ but ‘how’—and there many answers to ‘how.'”

The studies are valuable, Braun said, not just in terms of their findings, but their sheer volume: “The more information we have, the better able we’ll be to create regulations to protect human health and stop these chemicals from entering our environment.”

A class of chemicals Braun studies, referred to as to as PFAS, makes frequent news for prevalence, persistence and potential impact on human health. This week, the National Academies of Sciences, Engineering and Medicine issued a 300-plus-page report providing detailed advice for clinicians on how to test, diagnose and treat the millions of Americans who may have been exposed to PFAS chemicals.

Amid growing awareness of the toxicity of PFAS and efforts at national and municipal levels to inform and warn the public, Braun’s team is focusing on the chemicals’ health effects and what can be done to mitigate exposure in the first place, as well as possible intervention strategies to reduce the impact of exposure. Braun discussed recent findings as well as where his research is headed.

Q: What are PFAS and why do they matter?

PFAS refers to perfluoroalkyl and polyfluoroalkyl substances, which are characterized by a chain of linked carbon and fluorine atoms. PFAS have water- and oil-repellant properties that make them very desirable for industrial and commercial applications. They’re found in stain-repellent textiles, waterproof outerwear, camping equipment, non-stick cookware, firefighting foams—as well as cosmetics, guitar strings and many more items. Through manufacturing and daily use, they end up in our drinking water and our food. Because of the carbon-fluorine bond, these substances are very persistent. They can last for decades, if not indefinitely—which is why they’ve been dubbed “the forever chemicals.” And humans aren’t very good at excreting them, so they can hang around in our bodies for years.

Q: According to your research, how can these chemicals affect the health of children?

A few things we’ve found: We have seen that prenatal exposure to PFAS is associated with greater adiposity in children—which means they have a higher risk of obesity as well as of insulin resistance, which is a precursor to type 2 diabetes. In that study, we found that levels of that particular PFAS were associated with persistent changes in epigenetics, which suggests that these chemicals may program certain aspects of our biology that may predispose children to being at increased risk of adverse health effects.

Another study showed that higher levels of a PFAS called PFOA during pregnancy were associated with decreased duration of breastfeeding as well as a greater likelihood of ending breastfeeding early. That’s actually been observed in studies around the world—some research even suggests that the chemicals have an impact on breast tissue development. We’re now collaborating with a researcher in Denmark who is looking at exposure to multiple chemicals in relationship to breastfeeding in several studies.

Q: How do you study the effects of environmental contaminants on children’s health?

It’s highly collaborative across many institutions in the U.S. and Canada. We work with an interdisciplinary team that includes epidemiologists, biostatisticians, exposure scientists, physicians and engineers to study the health effects of environmental pollutant exposures before conception and during gestation, infancy, childhood and adolescence. That’s a real advantage to our studies. With a large group of collaborators, we have worked to establish three different cohorts in which we’ve enrolled women during pregnancy or even before pregnancy, with their partners. And then we’ve been following these women throughout their pregnancy and then after they give birth, into childhood. We conduct visits with them during pregnancy or with their children, so we have data during gestation, infancy, childhood, adolescence—in one of the studies, we’re bringing the kids back in and they’re 16 to 18 years old.

We measure chemical exposures repeatedly across the lifespan at what we think are susceptible life stages, using very sensitive and specific biomarkers. We can measure levels of these chemicals in blood, urine, hair and even shed baby teeth. We conduct detailed assessments of health—everything from behavior, learning, memory, motor skills, puberty, metabolic rates, adiposity (which is related to obesity) and more. We also look at asthma and allergies, and now, in later stages of the studies, we’re looking at diet and physical activity. As an additional layer of research, we’ve been incorporating molecular biomarkers to identify potential biologic pathways that are in between chemical exposures and health. We look at epigenetics, which includes heritable modifications to the genome, and also thousands of different biomolecules that could be influenced by chemicals. In turn, we see how these molecular biomarkers influence health.

Q: A study this month in JAMA Pediatrics showed that pregnant women who were exposed to multiple phthalates, another class of industrial chemicals, had an increased risk of preterm birth. How were you involved in this work?

That study, from the National Institutes of Health, was based on data pooled from a number of different studies, including one that I work with, the HOME (Health Outcomes and Measures of the Environment) study. I’m one of the principal investigators with this study, based at Cincinnati Children’s Hospital Medical Center, which seeks to quantify the impact of low-level prenatal and childhood exposures to environmental chemicals on health, growth and neurobehavioral outcomes. While the NIH study showed the link to preterm birth and low birth weight, another study is using our data to look at the impact of racial disparities, and another is analyzing exposure patterns during gestation. I have been the principal investigator on several studies involving that HOME cohort—including one that analyzes data from study participants who enrolled as infants and are now adolescents.

We’re also involved with the PEACE (Perinatal Experiences and COVID-19 Effects) study—affiliated with the Massachusetts General Hospital Fertility Center—which is where we recruited couples before conception, and then we’ve been following the children through Harvard’s School of Public Health. The Maternal-Infant Research on Environmental Chemicals (MIREC) Study, a large pan-Canadian study started in 2007, examines the effects of prenatal exposure to environmental chemicals on the health of pregnant women and their infants. I’ve been working with them for about 10 years, and am now one of the investigators for the MIREC follow-up with adolescents.

Q: How did you get involved in this type of research?

When I was a nursing student, I worked with a professor at the University of Wisconsin-Milwaukee who was very interested in children’s environmental health. She encouraged me to explore a large cross-sectional dataset called the National Health and Nutrition Examination Survey (NHANES), a freely available database including studies designed to assess the health and nutritional status of adults and children. We looked at determinants of learning disabilities in kids, including exposure to lead and tobacco smoke. I learned epidemiology and biostatistics and through that became interested in answering pragmatic questions with epidemiological data.

After I graduated, I worked as a school nurse in two schools in Milwaukee, and that gave me a lot of exposure to a wide range of kids’ environments, both at the school and in their homes, as well as their health. I worked with one underserved elementary school in the heart of the city where there was a high prevalence of kids with behavioral issues and other neurodevelopmental disorders, as well as health issues like asthma and allergies. It was illuminating to see the breadth of those issues, and also to see how much one could change by intervening at the individual level.

The key defining feature of my research on environmental chemicals and health effects is that the risk factors are modifiable.

Q: How can people modify—or limit—their exposure to these chemicals?

Well, even if you lived in a bubble, it’d still be really hard to completely avoid them. There are things people can do to help decrease their exposure: Check labels and choose products that are free of phthalates and parabens; get a filter for drinking water; eat organic food to avoid pesticides that contain these chemicals; and vacuum your house with a HEPA vacuum. But there are two problems with this individual approach: It puts the burden on consumers instead of the polluters, which isn’t fair or effective. It also creates an equity issue because people with money and privilege, on average, are going to have more time, energy and resources to devote to researching and avoiding these chemicals and making different, likely more expensive choices. Lately we’ve been looking at other ways that we can sustainably reduce exposure using scalable interventions.

Q: In addition to pushing for government regulations on industrial use, what are other ways that individuals can reduce exposure to these dangerous, toxic chemicals?

The fact is that in many cases, people have already been exposed to these chemicals, regardless of what they have or haven’t been able to do. So we’ve started a line of research around the idea of interventions to see if things like diet, exercise, pharmaceuticals, and other modifications or treatments might mitigate the negative effects of chemicals exposure.

A few years ago, we did a study of an intervention around lead exposure in children, and we found that the cleanup efforts not only decreased exposure to lead but also to phthalates, which are found in dust. So now we are looking at this type of intervention in the HOME study to see how it impacts dust levels of multiple chemicals and if that, in turn, minimizes children’s exposure to these toxic chemicals.