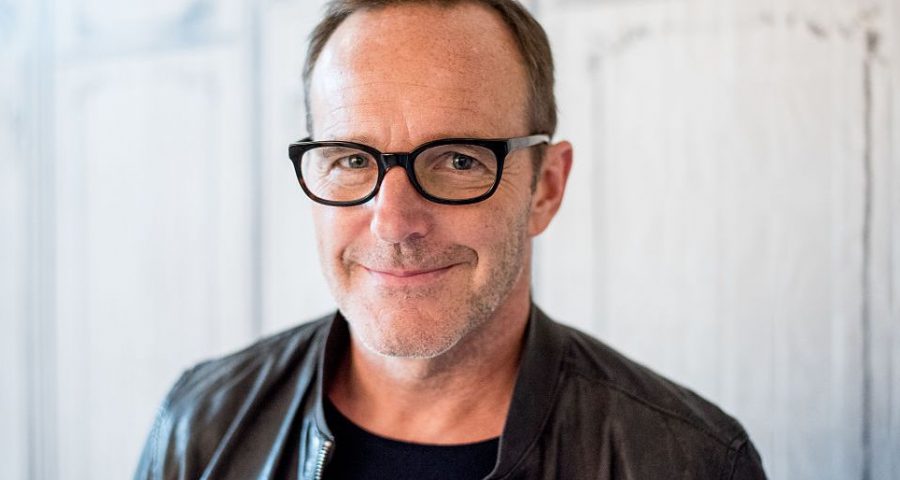 May is Mental Health Awareness Month. For too long, men have been silent about mental health and it’s literally killing us. We can change that. Our Healthy Mind, Healthy Body series shines a light on mental health issues that everyone should be talking about. Clark Gregg is an actor, director, and screenwriter known for playing Agent Phil Coulson in the Marvel Cinematic Universe. Here, he shares how he got help for his anxiety and panic attacks.

I would be on vacation, and I would have these strange episodes.

One time I was in Provence with my family and some other families that I loved, and it was cicada season. I was sitting there in this incredibly beautiful place after working really hard, and I was really excited to be there, but the cicadas were like the soundtrack to a horror movie. I was sitting by myself, feeling as uncomfortable as you can possibly be in your own skin, and I thought, something’s wrong here.

I would be in some of the most beautiful places in the world thinking I was quietly going insane.

“I was sitting by myself, feeling as uncomfortable as you can possibly be in your own skin.”

During the really stressful periods of work — whether it was a movie with big action, or an emotional scene where you have to deliver, or the nine-month, 22-episode relentlessness of Agents of S.H.I.E.L.D. — I was really okay. But when I would try to relax, I found that I would go into a different space that didn’t feel right. I felt anxious, but kind of disassociated, and I didn’t understand what was going on.

Finally, only a couple of years ago, I realized I was having very strange panic attacks that really didn’t present with the typical symptoms, but kind of jumped right past those to disassociation.

Disassociation is like what you imagine would happen right after a car accident, where your body’s become so adrenalized that part of it just checks out, and you’re kind of looking at the world, but from back a few feet. For a few minutes it’s okay, but when it doesn’t go away, it becomes terrifying.

It gets followed by a wave of anxiety. For me, those symptoms were very physical — kind of in my solar plexus, like electricity. I’m not a depressive person, but sometimes it would be very upsetting.

I went to a variety of Eastern and Western doctors, and nobody really came up with an explanation. It was kind of like the Woody Allen movie where he’s trying to find religion, and he goes to a rabbi, and a minister, and he does yoga. After five years, I finally really Googled my symptoms, and I found a book where the guy described what I had: almost a panic about feeling panicked.

The book was called Dare, and it was essentially cognitive behavioral therapy, where you don’t try to resist the anxiety, but you welcome it, as scary as that is. There’s a series of exercises you do — called “exposures” — to really incorporate the anxiety, and not hide from it.

I had results that were powerful and immediate.

“You don’t try to resist the anxiety, but you welcome it, as scary as that is.”

Cognitive behavioral therapy [CBT] was a game-changer for me, and remains a game-changer. I find it calming to know that wherever I am, I don’t have to wonder if I have a pill nearby; I just know I can do these exercises, and it’s going to become manageable.

CBT is really a miracle. I’ve seen it help a lot of people, and one of the reasons I’m speaking out is that I don’t feel like enough people know it. Through my work, I constantly come across other people who have various forms of anxiety or panic — it’s much more common, I think, than people realize — and not all of them even really know about CBT.

Looking back on that day in Provence, my panic wasn’t a choice, and it wasn’t a mental weakness. It was something I felt ashamed about, but in retrospect, that only made it worse. It was just something that was physically happening to me; your brain is part of your physiology.

A lot of times, it makes me feel anxious being so open about my mental health. But it’s amazing how often I’m on a Brazilian jiu-jitsu mat with someone who’s just been trying to choke me out, and we’re talking about anxiety issues or sobriety.

There’s a timid dance going on — especially among slightly macho males, where we’re trying to just be brothers to each other and go, this is part of us, and it’s okay. The shame thing can’t help anybody, and it can’t be good for your spouse or your partner.

“The shame thing can’t help anybody, and it can’t be good for your spouse or your partner.”

My wife found something about cicadas on Wikipedia, by the way: “The cicada is an ancient polyvalent symbol: resounding themes are resurrection, immortality, spiritual realization and spiritual ecstasy.” Another website says they “symbolize their own personal transformation, in art, song, poetry or even a tattoo.”

I wasn’t feeling any of those things when the cicadas were around, but I guess that’s the first part of the message: mental health issues don’t always feel good. But they don’t have to ruin your life, either — they can really be the doorway to better stuff. There’s another side, where you crack through, and you really connect to a part of yourself that you were walled away from.

This essay is based on an interview conducted by Jordyn Taylor. It has been edited for length and clarity.

Share your own moment of #HowIGotHelp and let your voice inspire other men. For more information on how to get help for anxiety, depression, and other mental health issues, please check out our list of resources. If you would like to locate treatment services in your area, call the Substance Abuse and Mental Health Services Administration Treatment Referral Helpline at 1-800-662-HELP (4357).