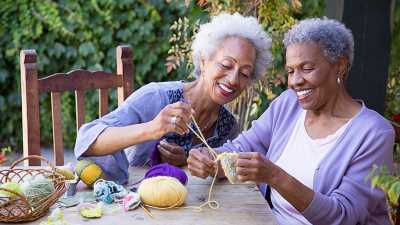 Results from a large meta-analysis showed cognitive activities, such as reading, participating in handicrafts, and playing games or a musical instrument, appeared to have the greatest effect. It was associated with a 23% reduced risk for dementia.

The findings were published online August 10 in Neurology.

Previous studies have shown a link between leisure activities and various health benefits, such as a lower risk for cancer and atrial fibrillation and subjective well-being. However, there has been conflicting evidence on the role of leisure activities in reducing dementia risk.

To investigate further, the current researchers reviewed 38 longitudinal studies that examined the effects of different types of leisure activities on dementia incidence in more than 2.1 million people.

The findings are in line with a recent study from the Mayo Clinic. As reported at the time by Medscape Medical News, it showed that staying mentally active, even later in life, may decrease risk for mild cognitive impairment or dementia.

The current investigators note they could not analyze the effects of different levels of leisure activities, such as whether they were strenuous or frequent, on the risk for dementia.

The analysis also does not provide evidence of the association between each specific activity and dementia because of the limited number of studies, they add.

Commenting for Medscape Medical News, Heather Snyder, PhD, vice president of Medical & Scientific Relations at the Alzheimer’s Association, said that despite the limitations, the analysis “adds to the body of research that suggests engaging in leisure activities is good for overall health, including our brains.”

However, Snyder noted that because this was a literature review, it did not show a cause-and-effect relationship and that “further research is needed in this area to understand how engaging in these activities” may be beneficial for the brain.

“While the jury is still out on the exact risk reduction strategy that someone should use to reduce their risk of dementia, there are things we can start incorporating into our daily lives today that may reduce our risk of cognitive decline,” she said.

“Eating a heart-healthy diet, exercising regularly and staying cognitively engaged are just a few. Find something that you enjoy doing and stick with it,” Snyder added.

The study was funded by the Natural Science Foundation of China, the China Association for Science and Technology, and the PKU-Baidu Fund. The investigators and Snyder have reported no relevant relationships.