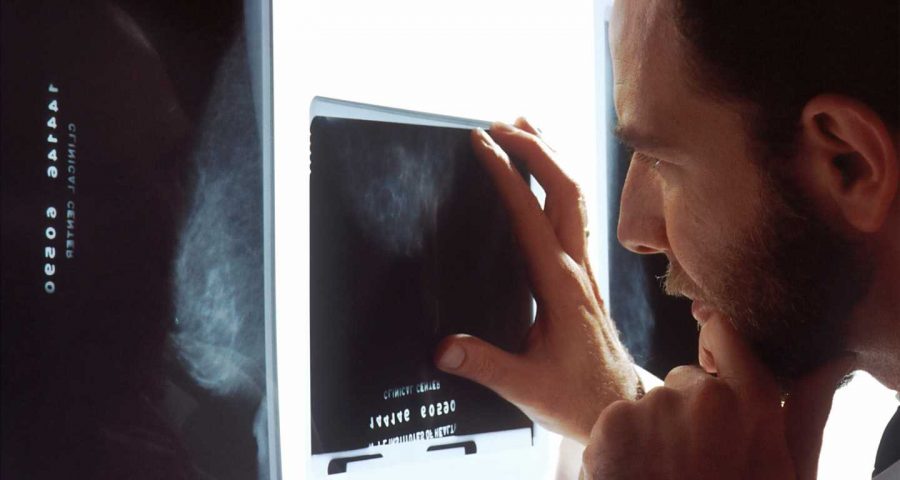 “Through all the studies I’ve done and talking directly to individuals from the community or who were recently diagnosed, I’ve seen first-hand that there is a lack of knowledge about prostate cancer,” she says. “So men, particularly Black men, may not even realize that they are in a high-risk category or know about screening and early detection. There is a dearth of basic information in some communities.”

This was the main motivation behind a recent study Dr. Zeigler-Johnson conducted with colleagues at SKCC and collaborators at the University of Pennsylvania to implement and evaluate an educational intervention for prostate cancer. They targeted this intervention to four areas in Philadelphia with the highest prostate cancer burden, which they had identified in a previous study. For that work, using data from the Pennsylvania Cancer Registry, the researchers were able to identify areas where men were being diagnosed with advanced disease and dying from prostate cancer at the highest rate. They then used geospatial software to pinpoint these areas on a map, which allowed them to visualize prostate cancer hotspots. The researchers then used this tool to focus their outreach to the four areas where they would have the biggest impact, and engage communities in these neighborhoods.

In total, 239 men from the selected neighborhoods took part in the study, of which 118 from two of the neighborhoods were assigned to a control group. They received general education on men’s health issues and leading a healthy lifestyle. Another 121 men from the other two neighborhoods were assigned to the intervention group, which received prostate cancer-specific educational sessions on prostate health, prostate cancer screening, symptoms, detection, staging and treatment. Consistent with the racial composition of their community, 95% of the control group and 89% of the intervention group were Black.

To implement their outreach, the researchers partnered with trusted community members who lived in the selected neighborhoods and trained them to deliver the educational sessions to the control group and intervention group. Dr. Zeigler-Johnson says that having these trusted peer-educators was a critical component to building safe spaces where the men felt comfortable opening up and asking questions. This was also reflected in the physical accessibility of the spaces the researchers chose to hold the sessions—recreation centers, churches and synagogues, transitional housing sites, public libraries and civic neighborhood organizations.

“When we conducted focus groups in the target communities, it was clear that men didn’t just want physicians or scientists telling them to ‘do this and do that'”, says Dr. Zeigler-Johnson. “They wanted to hear the real deal, from people who are a reflection of their community.”

Dr. Zeigler-Johnson was also intentional about including prostate cancer survivors as research team members; they helped recruit and train the peer educators to ensure transparency about the prostate-cancer information given to the intervention group. Their perspectives on how the disease affects physical and mental wellness, caregivers, and its long-term effects was vital to creating educational sessions that accurately reflected the lived experience of the disease. “They’re also testaments to survivorship. It’s important for men in these high-risk communities to see that there can be success on the other side of this ordeal,” she adds. “Hopefully it diminishes some of that fear and apprehension that prevents some men from being proactive in their care.”

“It speaks to the power of these spaces that enabled the men to learn from a trusted peer-educator but also from each other,” says Dr. Zeigler-Johnson. “So even though men in the control group weren’t directly talking about prostate cancer, there was clearly a beneficial effect of having these open conversations about health in general that many men, particularly Black men, may be reticent to have.”

Even though the researchers were surprised to see the effect in both groups, they feel encouraged that similar community-led educational programs could have broad effects on health behavior. The results were also a validation of their mapping tool that allowed them to focus their educational outreach in populations where they could have the biggest impact.

Currently, collaborators at the University of Pennsylvania are conducting a study using the same tools and education materials to validate their approach. In the current study, researchers were unable to evaluate how the intervention motivated change in behavior, for instance, talking to a doctor about prostate cancer screening. The collaborators hope to conduct more studies to follow patients over longer periods of time to evaluate the long-term impact of the educational intervention.

Dr. Zeigler-Johnson hopes that this combined approach of epidemiological mapping and community outreach will be an important model for disparities research. “If we want to reduce prostate cancer disparities or any other health disparity, we have to be on the ground and working with communities,” she says. “But we also have to narrow in on the highest-risk individuals to be most impactful. We can’t treat our communities as monoliths.”