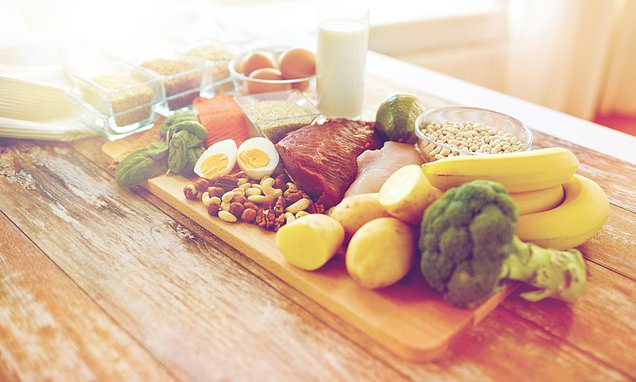 Switching to a healthy diet may help pull people from the depths of depression in less than a month, a study has found.

Researchers looked at 76 depressed university students whose daily meals were mostly made up of processed foods, sugar, and saturated fats.

They found that giving them more fruit, vegetables, fish, and lean meat triggered significant improvements in their mood after just three weeks.

Experts say foods that contain lots of vitamins, minerals, and antioxidants nourishes the brain and lowers inflammation and ‘internal stress’ associated with depression.

The research by, Macquarie University in Australia, is the latest in a wealth of studies linking a good diet with improved mental health. 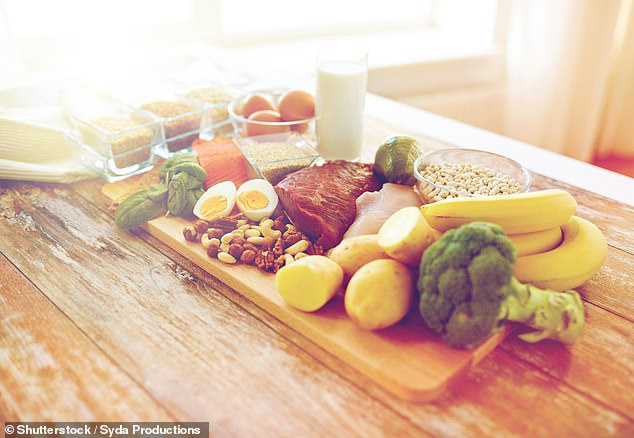 However, it is one of only few to directly examine the link using a randomised control, considered the most reliable type of study.

Dr Heather Francis and colleagues looked at 76 university students, all of whom were aged between 17 and 35.

At the start of the study, all volunteers filled out detailed questionnaires about their mood and food intake.

They all scored seven or higher on the depression, anxiety and stress scale – a sign of severe depression.

Both groups of participants were still taking their antidepressants throughout the study.

While it is normal to feel down from time to time, people with depression may feel persistently unhappy for weeks or months on end.

Depression can affect anyone at any age and is fairly common – approximately one in ten people are likely to experience it at some point in their life.

Depression is a genuine health condition which people cannot just ignore or ‘snap out of it’.

Symptoms and effects vary, but can include constantly feeling upset or hopeless, or losing interest in things you used to enjoy.

It can also cause physical symptoms such as problems sleeping, tiredness, having a low appetite or sex drive, and even feeling physical pain.

In extreme cases it can lead to suicidal thoughts.

Traumatic events can trigger it, and people with a family history may be more at risk.

It is important to see a doctor if you think you or someone you know has depression, as it can be managed with lifestyle changes, therapy or medication.

Those in the diet change group were told to eat five servings of vegetables and two or three pieces of fruit each day.

They were also told to consume three servings of wholegrain cereals, three portions of lean meat, eggs, tofu or legumes, as well as two tablespoons of olive oil and one teaspoon of turmeric or cinnamon per day.

The same volunteers were instructed to slash their refined carbohydrate, sugar, fat and processed food intake.

Researchers gave them a hamper filled with essential foods and £33 each week for their grocery shopping.

The regular diet group were told to continue eating as they normally would and were given no advice on diet.

After 21 days, volunteers who changed their diet saw their average depression score fall from 7.2 to 4.4 – considered a healthy number.

The group also saw their anxiety levels plummet from 6.3 to 3.4 and their stress fall from 7.7 to 4.8, results revealed.

The regular diet group saw their depression, anxiety and stress scores stay exactly the same. The findings were published in the journal PLOS ONE.

The authors wrote: ‘These findings add to a growing literature showing a modest change to diet is a useful adjunct therapy to reduce symptoms of depression.’

The team of academics followed up with 33 of the participants from the healthy diet group after three months.

In this small sample, they found while only 21 per cent of them stuck to the healthy diet, those that did maintained their improvements in mood.

Richard Colwill, spokesman for the mental health charity SANE, said the study ‘adds to the body of evidence’ that suggests a healthy diet can improve mental health.

He added: ‘However, for those people who are struggling with poor mental health we would also encourage other lifestyle choices, such as regular exercise and making sure you do not miss any meals (especially breakfast) as low blood sugar can depress mood.

‘Most importantly, if you are experiencing depression or anxiety, and it has lasted for more than a fortnight and is affecting your ability to lead your life, you should seek professional support and treatment. Your GP is a good place to start.’

A University of Glasgow study found eating junk food caused fat to seep into the brain and trigger depression in mice.

The research, published in May, was one of the first to suggest that saturated fat actually enters the brain via the bloodstream.

Once there it affects the functioning of part of the brain that controls our emotions, the hypothalamus, and leads to an increase in depressive symptoms.

While the research was carried out in mice, scientists believe that the findings may explain the links between depression and obesity. 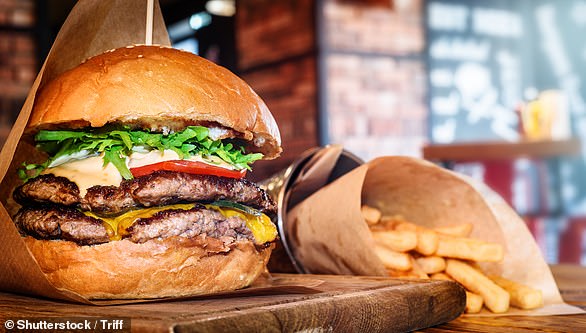 Eating food high in fat can cause dietary fats to seep into the brain and affect the functioning of part of the brain that controls our emotions, leading to an increase in depressive symptoms (file image)

Anti-depressants are less effective on obese people than those of normal weight.

The researchers suggest that being obese is an additional factor causing depression, with the high fat diet to blame.

The study, published in Translational Psychiatry, looked at mice fed a diet of up to 60 per cent saturated and unsaturated fats and found parts of the fat – saturated fatty acids – were actually entering the brain via the bloodstream.

Researchers in this study believe that their novel findings may now influence new targets for antidepressant medications that may be more suitable for overweight and obese individuals.

Professor George Baillie, lead author of the study from the University of Glasgow, said: ‘This is the first time anyone has observed the direct effects a high fat diet can have on the signaling areas of the brain related to depression.

‘This research may begin to explain how and why obesity is linked with depression and how we can potentially better treat patients with these conditions.

‘We often use fatty food to comfort ourselves as it tastes really good, however in the long term, this is likely to affect one’s mood in a negative way.

‘Of course, if you are feeling low, then to make yourself feel better you might treat yourself to more fatty foods, which then would consolidate negative feelings.

‘We all know that a reduction in fatty food intake can lead to many health benefits, but our research suggests that it also promotes a happier disposition.

‘Further to that, understanding the types of fats, such as palmitic acid, which are likely to enter the brain and affect key regions and signaling will give people more information about how their diet can potentially affect their mental health.’