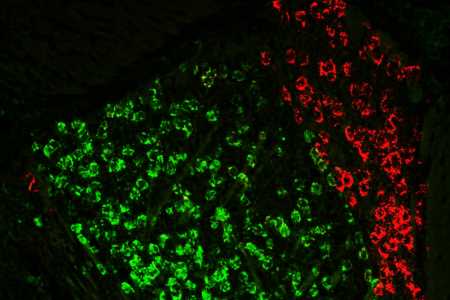 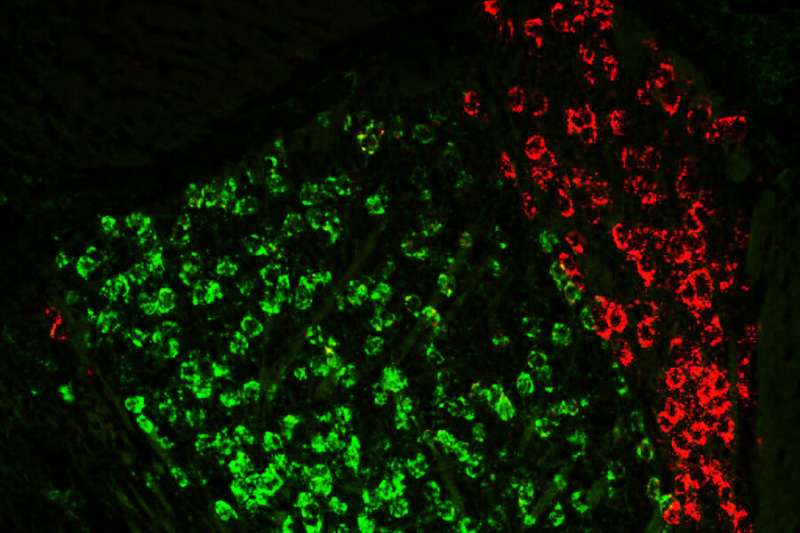 As people age, their working memory often declines, making it more difficult to perform everyday tasks. One key brain region linked to this type of memory is the anterior thalamus, which is primarily involved in spatial memory—memory of our surroundings and how to navigate them.

In a study of mice, MIT researchers have identified a circuit in the anterior thalamus that is necessary for remembering how to navigate a maze. The researchers also found that this circuit is weakened in older mice, but enhancing its activity greatly improves their ability to run the maze correctly.

This region could offer a promising target for treatments that could help reverse memory loss in older people, without affecting other parts of the brain, the researchers say.

“By understanding how the thalamus controls cortical output, hopefully we could find more specific and druggable targets in this area, instead of generally modulating the prefrontal cortex, which has many different functions,” says Guoping Feng, the James W. and Patricia T. Poitras Professor in Brain and Cognitive Sciences at MIT, a member of the Broad Institute of Harvard and MIT, and the associate director of the McGovern Institute for Brain Research at MIT.

Feng is the senior author of the study, which appears today in the Proceedings of the National Academy of Sciences. Dheeraj Roy, a NIH K99 Awardee and a McGovern Fellow at the Broad Institute, and Ying Zhang, a J. Douglas Tan Postdoctoral Fellow at the McGovern Institute, are the lead authors of the paper.

The thalamus, a small structure located near the center of the brain, contributes to working memory and many other executive functions, such as planning and attention. Feng’s lab has recently been investigating a region of the thalamus known as the anterior thalamus, which has important roles in memory and spatial navigation.

Previous studies in mice have shown that damage to the anterior thalamus leads to impairments in spatial working memory. In humans, studies have revealed age-related decline in anterior thalamus activity, which is correlated with lower performance on spatial memory tasks.

The anterior thalamus is divided into three sections: ventral, dorsal, and medial. In a study published last year, Feng, Roy and Zhang studied the role of the anterodorsal (AD) thalamus and anteroventral (AV) thalamus in memory formation. They found that the AD thalamus is involved in creating mental maps of physical spaces, while the AV thalamus helps the brain to distinguish these memories from other memories of similar spaces.

In their new study, the researchers wanted to look more deeply at the AV thalamus, exploring its role in a spatial working memory task. To do that, they trained mice to run a simple T-shaped maze. At the beginning of each trial, the mice ran until they reached the T. One arm was blocked off, forcing them to run down the other arm. Then, the mice were placed in the maze again, with both arms open. The mice were rewarded if they chose the opposite arm from the first run. This meant that in order to make the correct decision, they had to remember which way they had turned on the previous run.

As the mice performed the task, the researchers used optogenetics to inhibit activity of either AV or AD neurons during three different parts of the task: the sample phase, which occurs during the first run; the delay phase, while they are waiting for the second run to begin; and the choice phase, when the mice make their decision which way to turn during the second run.

The researchers found that inhibiting AV neurons during the sample or choice phases had no effect on the mice’s performance, but when they suppressed AV activity during the delay phase, which lasted 10 seconds or longer, the mice performed much worse on the task.

This suggests that the AV neurons are most important for keeping information in mind while it is needed for a task. In contrast, inhibiting the AD neurons disrupted performance during the sample phase but had little effect during the delay phase. This finding was consistent with the research team’s earlier study showing that AD neurons are involved in forming memories of a physical space.

“The anterior thalamus in general is a spatial learning region, but the ventral neurons seem to be needed in this maintenance period, during this short delay,” Roy says. “Now we have two subdivisions within the anterior thalamus: one that seems to help with contextual learning and the other that actually helps with holding this information.”

The researchers then tested the effects of age on this circuit. They found that older mice (14 months) performed worse on the T-maze task and their AV neurons were less excitable. However, when the researchers artificially stimulated those neurons, the mice’s performance on the task dramatically improved.

“If we directly activate neurons in medial prefrontal cortex, it will also elicit anxiety-related behavior, but this will not happen during AV activation,” Zhang says. “That is an advantage of activating AV compared to prefrontal cortex.”