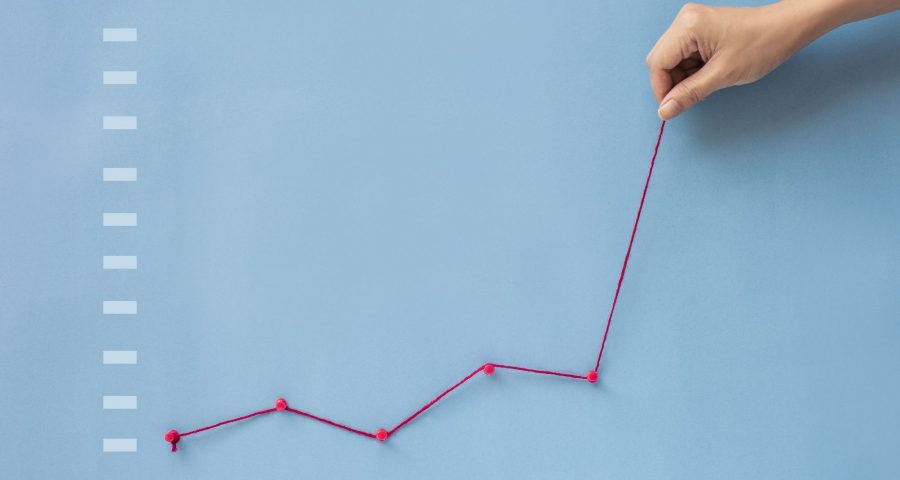 Intermittent fasting (IF) has gotten its fair share of buzz as the trendy diet of the moment. But if you’ve tried IF and were quick to give it up because you weren’t satisfied with your results, there’s a good chance you weren’t doing it quite right. Or, you may have seen substantial results quickly but then hit an intermittent fasting weight loss plateau, leaving you stumped.

In general, any weight loss (no matter the diet approach) will eventually lead to your body adjusting and getting used to the new weight, leading to a plateau, says Erin Palinski-Wade, RD, a New Jersey-based dietitian and author of 2-Day Diabetes Diet. On any weight loss plan, after your body has lost a significant amount of weight (around 5 to 10 percent of total body weight) it isn’t unusual to experience slowed weight loss or a plateau for a few weeks as the body resets, so to speak.

What should you do when you plateau while doing intermittent fasting?

It’s totally understandable if you’re feeling frustrated if IF is not working for you as part of your weight loss plan, especially when you’ve heard so many people shout praises about fasting diets from the rooftops. If your weight loss doesn’t continue after the first few weeks, there could be other reasons it’s stalled.

But don’t give up all hope just yet. Turns out, there are steps you can take to break out of this plateau, continuing to give IF a fair shot. Here’s what might be holding up your weight loss and what to do about it to get back on track.

1. You’ve gotten too lax about tracking calories during your eating window.

One of the reasons intermittent fasting works is that it leads to calorie restriction when you are eating only during set times, Palinski-Wade says. If you are eating too many calories during non-fasting times, even the calorie deficit experienced during the fast won’t be enough to offset overdoing it on the calories later. 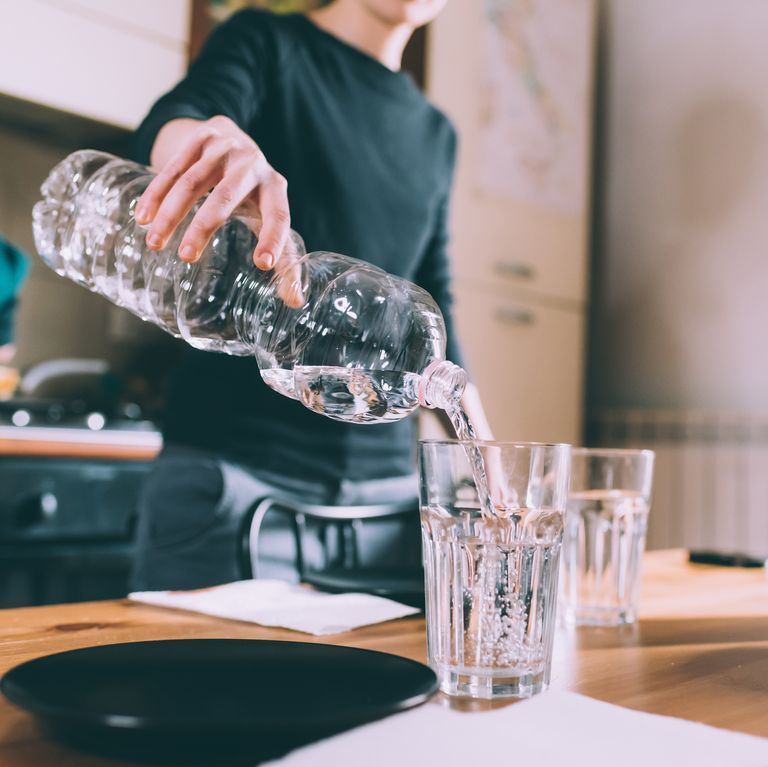 Fix it: Palinski-Wade recommends keeping a food journal for one week to determine if you are increasing your calorie intake significantly during non-fasting times, making it easier to pinpoint where you may be falling short so you can move the needle again.

2. You’re not getting enough exercise.

You’ve heard it a million times before: In order to see weight loss results, you need to focus on diet and exercise.

“Intermittent fasting, like any weight loss strategy, requires an energy deficit to promote fat loss,” explains Palinski-Wade. “If you are eating fewer calories but also moving less, you won’t have the same energy deficit as if you were moving more and eating less.”

Fix it: If you’ve stopped moving or started reducing your workouts, try to correct this by wearing a fitness tracker, says Palinski-Wade. Don’t overwhelm yourself with a big goal like running a marathon; instead, give yourself small step goals (a half-hour daily walk, for example) to reach to boost overall movement. Lastly, don’t forget to also incorporate strength training into your workouts and overall IF plan to fight against muscle loss.

And if you’re feeling too tired or drained by your IF plan to move more, consider trying a different diet or a different IF schedule that might better suit your energy needs so you don’t feel fatigued (there are a ton to choose from!).

3. You aren’t eating the right types of foods.

Hate to break it to you, but not all calories are created equal. According to Palinski-Wade, simple sugars digest rapidly, leading to very little energy being used in the digestive process, and a quick, but not long-lasting, spike in energy. So don’t expect to feel great and achieve the same results if you opt for a doughnut over a protein-packed smoothie for breakfast, just because they may have close to the same number of calories.

Fix it: Foods that are rich in fiber and protein, meanwhile, can require as much as 30 percent of their total calories to be used up during the digestive process. So if your weight loss has stalled, look at your diet as a whole, she says. There may be areas in which you started off on point and have gotten lax about nutrition.

Questions to ask yourself include:

If the answers to any of these questions is no, make adjustments to your macronutrients (e.g., carbs, fats, and protein) to jumpstart weight loss progress again, says Palinski-Wade.

4. You’re consuming too many calories at the end of your daily window.

You’re likely well familiar with the idea that breakfast is the most important meal of the day, and that it should be larger in volume and nutrients compared to lunch and dinner. According to Lauren Harris-Pincus, a registered dietitian in the New York City and New Jersey area, and author of The Protein-Packed Breakfast Club, it’s especially key to follow this concept with IF.

In fact, a small 2013 study showed that women who were overweight or obese lost 2.5 times as much weight on the same amount of calories when they ate more of those calories earlier in the day. 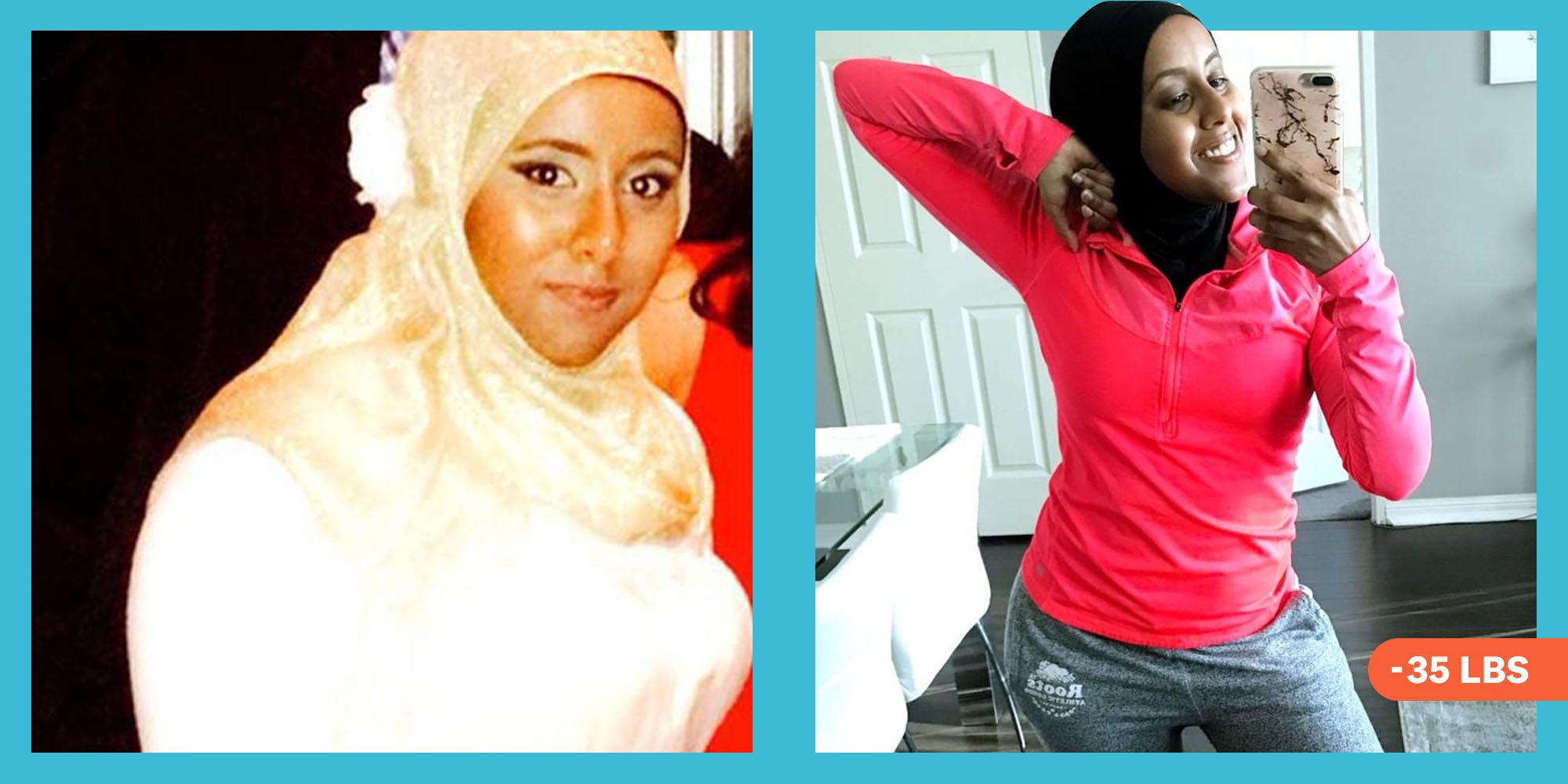 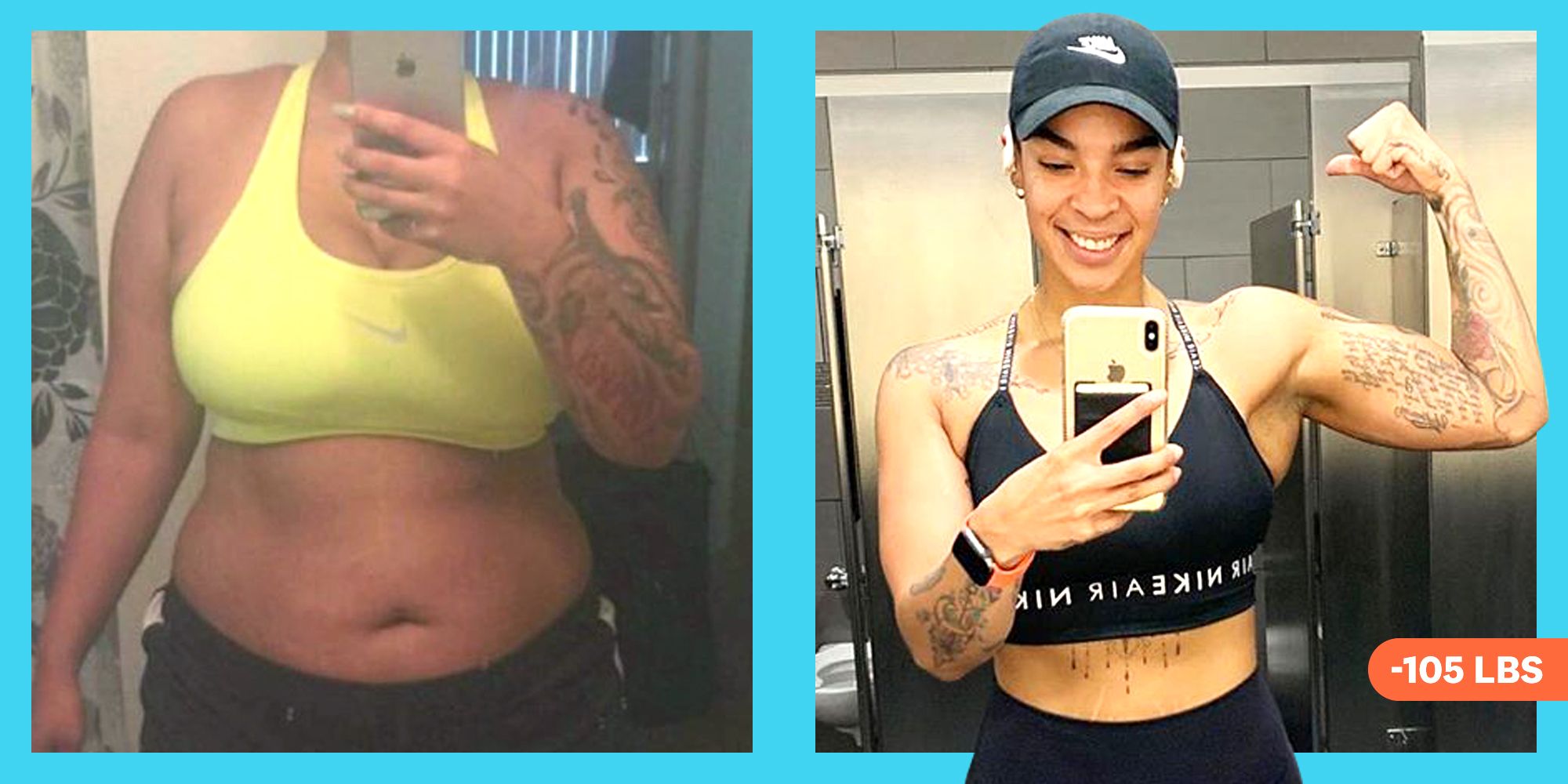 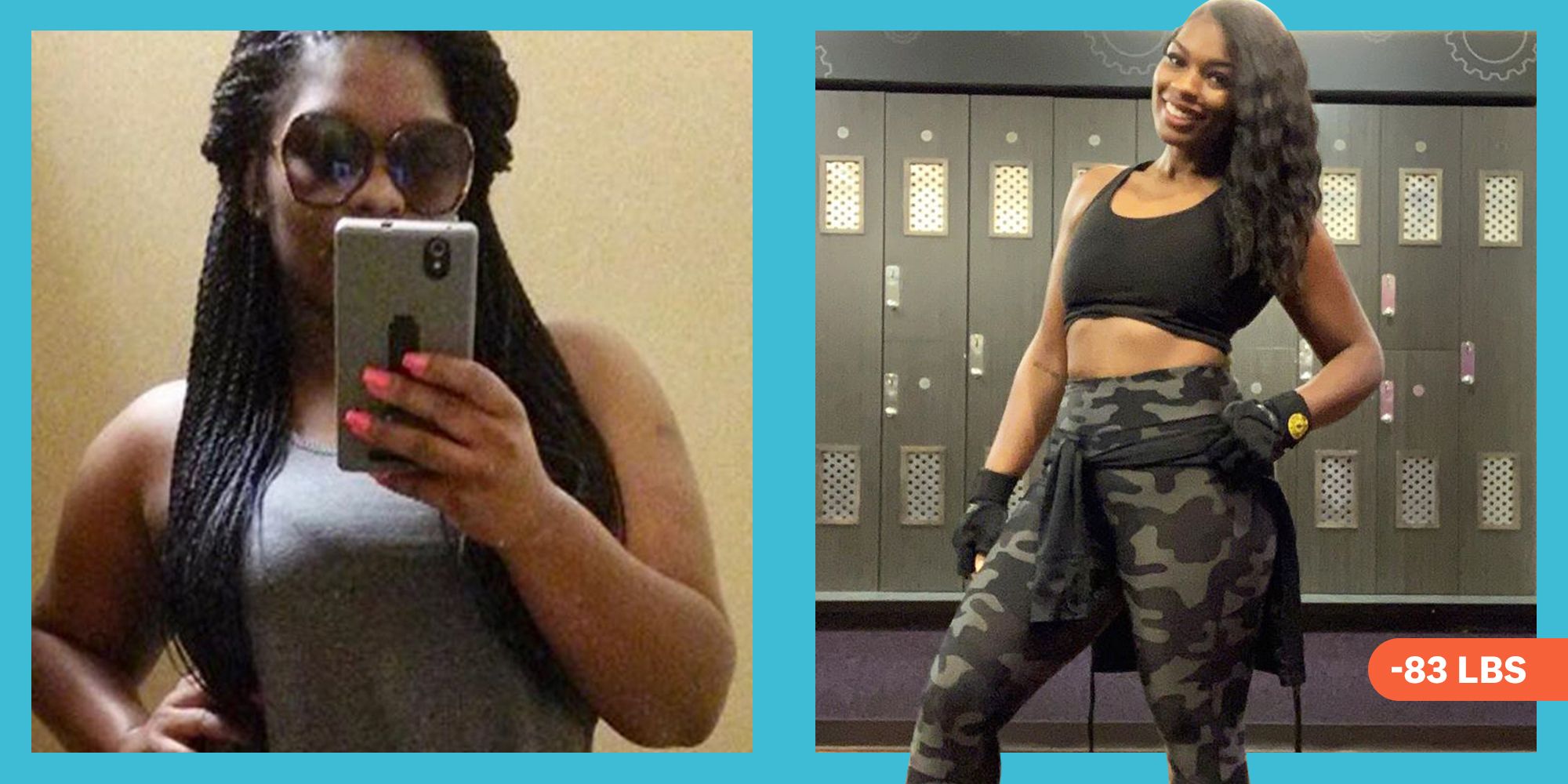 “This system also matches our hormone pattern of cortisol and blood sugar balance, which should be highest in the morning and decreases throughout the day into the evening,” adds David Nico, PhD, a certified lifestyle medicine coach and author of Diet Diagnosis: Navigating the Maze of Health and Nutrition Plans.

Fix it: “Consider eating larger meals earlier in the IF period of the day and taper off to smaller portions later,” Nico suggests.

Sleep can have a direct impact on body weight through its impact on appetite, basal metabolism, hormone regulation, and energy levels. So, if you’ve been sleeping less or are regularly dealing with interrupted sleep compared to when you started your fasting diet, this can be holding you back from achieving weight loss progress, says Palinski-Wade.

Fix it: To improve sleep quality, set a structured bedtime and wake-up routine, going to bed and getting up at the same time every day. Put all screens away as soon as you hit the sheets—instead, try focusing on reducing stress levels by opting for more calming activities, like reading a book or doing a quick meditation sesh.

6. Your hormone levels may be out of whack.

This one is difficult to determine on your own without the help of a medical professional. What we do know is that health needs can vary widely by individual, which is why IF simply may not produce the same results for everyone.

“Following the IF pattern means we are eating according to our metabolism, which is highest in the morning and tapers off throughout the day,” says Nico. “Some people eat too much of the wrong foods closer to bedtime, disrupting the hormone system and setting off a cascade of insulin imbalances.”

Fix it: First, talk to your MD. But in general, the best strategy to prevent a slowing in metabolism with any weight loss plan is to prevent excessively low calorie intake (under 1,200 to 1,500 per day, depending on age/size), says Palinski-Wade. At the end of the day, it’s always best to consult with a knowledgeable health professional (such as your doctor or a registered dietitian) before starting a diet plan like IF, but especially you have any hormone concerns.