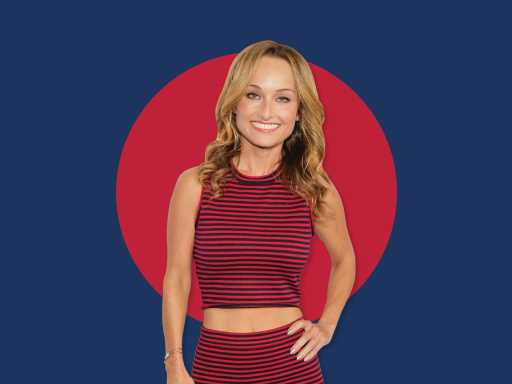 Hosting a dinner party this holiday season? After spending hours planning the entrée and sides, baking your dessert, and setting your dining table (the Turkey tablescapes are on point!), it’s almost time to welcome the guests. There’s just one problem: you forgot to prep an appetizer! Giada De Laurentiis knows how to impress a crowd with cuisine that is as delicious as it is easy, and her new crostata recipe is no exception. It calls for a handy, store-bought pie crust — that you probably already have in your freezer — for an appetizer that won’t last long at your next party.

“Caramelized onions, goat cheese and fresh arugula all in a flakey pie crust… what’s not to love?” De Laurentiis wrote on Instagram yesterday. She continued, “This crostata is an absolute crowd-pleaser. Plus, it’s easy to whip up ahead of time, making it the perfect way to kick off any dinner party!”

The crostata looks delicious, with a golden brown, flaky crust covered in mouth-watering ingredients and topped with a mountain of the fresh arugula. The Caramelized Onion Crostata recipe is also posted on The Giadzy. The way she described it makes our mouths water.

“A crostata is a common pastry in Italy, and it can be made in a sweet or savory fashion,” the Italian chef wrote. “It’s essentially a rustic, open-faced pie — so say goodbye to the pressure of making a perfect pie!”

She went on to explain that this recipe is piled with “super sweet, caramelized Vidalia onions.” “Paired with the creamy tang of goat cheese, a buttery pie crust and some freshly dressed arugula, this one is an absolute crowd-pleaser!” she added.

The easy recipe involves caramelizing the onions over a skillet, adding some seasonings, then layering it on a pie crust along with more ingredients. After its baked, top it with the fresh arugula for a taste that is so good, your guests won’t be able to resist seconds (in fact, you may want to double or triple the recipe).

It’s savory, packs a punch of flavor, and is surrounded by a warm, flaky crust that is so delicious! This nut-free, vegetarian dish is also a great choice for guests with dietary restrictions.

Fans were drooling over this recipe. “Looks delicious!!!” one person wrote.

One person asked, “Wonder if you could do with puff pastry… why not?” De Laurentiis responded, “We’ve never tried it but it could possibly work. Adjust baking time of course! :)”

This recipe is so good, it may just become your new go-to appetizer recipe.

Before you go, check out these chic cookware brands that give Le Creuset a run for its money: