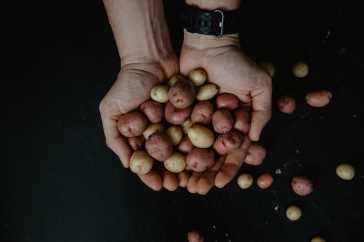 The internet is just a hub of weird occurrences. You don’t need us to tell you that. The latest irregular tidbit on the internet claims that Potato Protein holds the potential to increase muscle mass. Recently, the world of science threw this exciting discovery out for public knowledge.

Did that surprise you? It sure did surprise us!

A renowned journal by the name of Nutrients recently published an article on the effectiveness of potato protein. They claim that it boosts the production of protein within the body, thereby resulting in a steady increase in muscle mass.

A graduate student of the Department of Kinesiology, McMaster University, was responsible for leading the research. Plant-based diets have been enjoying so much popularity these past couple of years. On top of that, this new finding adds to their widespread admiration. Plus, it’s all for the best, we say! Who wouldn’t want to improve their physical health in all-natural ways? Beforehand, ongoing debates on which proteins are most beneficial for the human body were the norm. According to medical journals, the digestive system has a harder time breaking down plant-based protein. Therefore, many essential amino acids tend to be lost during the process of digestion. In comparison, animal-based proteins are much simpler to break down, and the body receives all the amino acids required for healthy growth! Moreover, if we know anything about researchers, they don’t rest until putting each hypothesis is put to the test. Therefore, to determine whether or not potato protein is as adequate, the team recruited several women in their early 20s.

All these women had pre-existing protein-based diets. The observers created two teams, one who ate only daily recommended portions of protein. In contrast, alongside the observed team, ate daily recommended pieces of protein, as well as potato protein. The results of this experiment found that women in taking the extra portions of potato protein underwent a significant increase in muscle mass.

Amazing, right? That’s something we will be looking forward to.