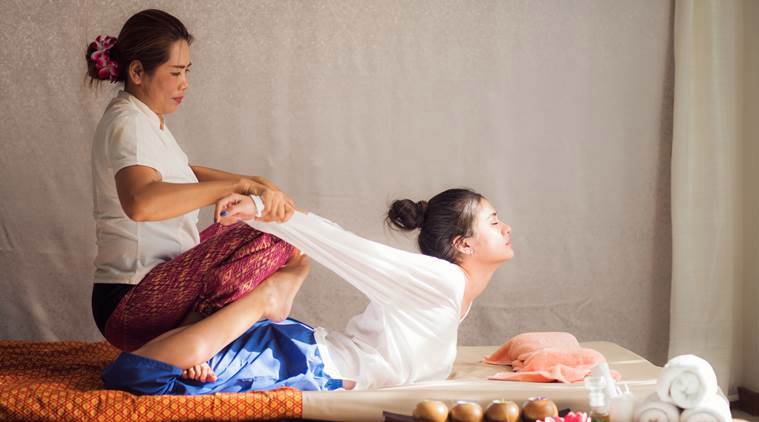 The massage follows a traditional healing mechanism that folds the body and uses sharp elbow techniques. The famous 2,000-year-old Nuad Thai massage — that is believed to have originated in India, and has been practised in Thailand for centuries now — has been officially added to the UNESCO’s list of “intangible cultural heritage” practices. According to a Thai delegate at the UNESCO meeting in Bogota, Colombia, the move is “historic”, because it “helps promote the practice of Nuad Thai locally and internationally”. Wondering what is so unique about this massage technique? Read on.

The massage follows a traditional healing mechanism that folds the body and uses sharp elbow techniques, combining acupressure and Indian ayurvedic principles. It is believed to have gained popularity in the 1960s, with the opening of a special school intending to train massage therapists from around the world.

How is it done?

In the Thai language, it is called Nuad Phaen Thai, literally meaning ‘Thai-style massage’. Unlike many other massage techniques, it uses no oils or lotions. The receiver remains clothed, and is in contact with the masseur throughout. And instead of rubbing the muscles, the masseur stretches and twists the body using thumbs, hands, elbows, knees and feet. It is said that the massage targets and relieves the various acupressure points in the body, thereby improving blood circulation.

If you are looking to visit Thailand, know that the Nuad Thai massage is ubiquitous. You will find it on the beaches of Phuket and in the upmarket spas of Bangkok. And an hour of back-straightening can cost you a modest $5. It is said that doctors and monks introduced the technique to Thailand, and passed on the secrets to disciples in the temples and within families. Today, it is a booming industry.

The massage helps the recipient de-stress and relax. It is known to relieve various pains in the muscles and joints, and boost the mood (albeit temporarily). But, a pregnant woman must use her discretion and exercise caution before undergoing this treatment.

For all the latest Lifestyle News, download Indian Express App