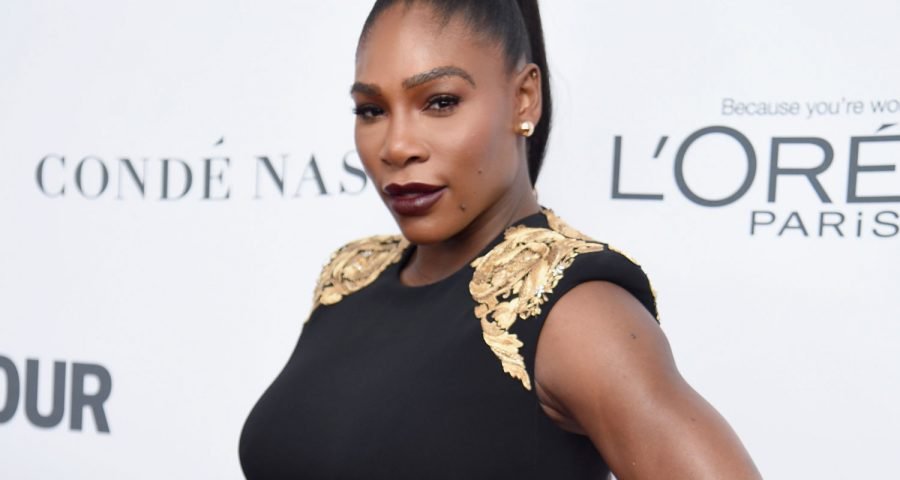 When 23-time Grand Slam winner Serena Williams took to the court in a black cat suit just nine months after giving birth, she felt like a “warrior princess.” But it turns out she wasn’t always so confident in her muscular physique.

Catsuit anyone? For all the moms out there who had a tough recovery from pregnancy—here you go. If I can do it, so can you. Love you all!!

In the July issue of Harper’s Bazaar UK, the 36-year-old addressed a list of goals she made for herself back in 2004, which included slimming down to size 4 after being subjected to constant body-shaming.

“It was hard for me. People would say I was born a guy, all because of my arms, or because I’m strong,” she told the publication. “I was different to Venus: she was thin and tall and beautiful and I am strong and muscular – and beautiful, but, you know, it was just totally different.”

Thankfully, the present-day version of Serena has learned to love her body exactly how it is:

“Oh God, I’ll never be a size 4! Why would I want to do that and be that?” she said, gesturing to her biceps. “This is me and this is my weapon and machine.”

In fact, she sees the statement she made as a 22-year-old as a powerful reminder as to how far she’s come in overcoming her insecurities – something she plans to one day share with her daughter, Olympia.

“I love that I said that because I can understand,” she added. “I can show Olympia that I struggled but now I’m happy with who I am and what I am and what I look like… Olympia was born and she had my arms, and instead of being sad and fearful about what people would say about her, I was just so happy.”