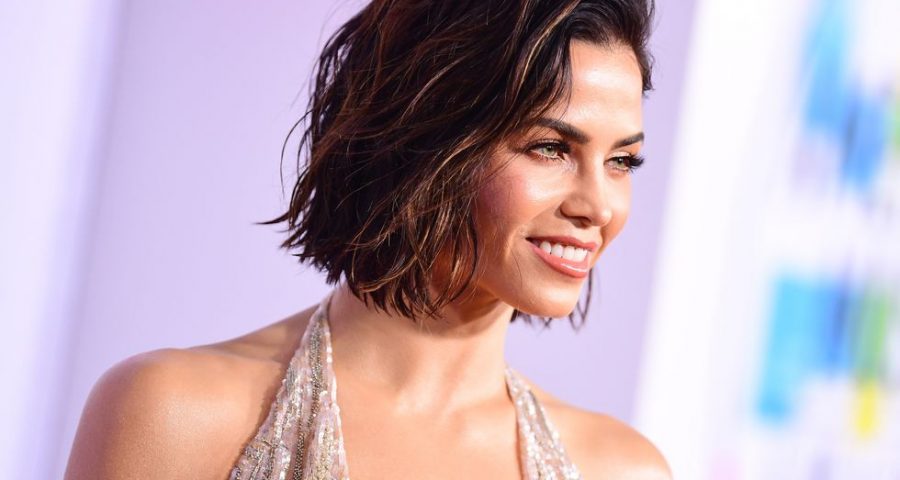 There are two roads you can take during hard times in life — the low, or the high. Safe to say Jenna Dewan’s taking the high road, according to her most recent workout routine.

Dewan, who recently announced her divorce from Channing Tatum, just posted a video on her YouTube channel of one of her go-to late night workouts. Let’s just say it looks like Dewan has found a place to focus any lingering negative energy associated with her recent split — on loaded barbells.

“I’m about to get my butt kicked by this woman,” Dewan says of her trainer, JJ Dancer, who, after running her through a warmup on a trampoline, gets Dewan right to work with a scorcher of a full-body workout.

The two-minute video is primarily focused on exercises that work Dewan’s lower body — specifically, her glutes and hamstrings. There are also a few challenging core exercises as well as one upper-body move thrown into the middle for good measure.

Dewan’s workout starts with a few sets of barbell hip thrusts, which light up the glutes. Then she moves to Swiss ball knee tucks, which include a piking motion to engage the core even more.

From there, she’s onto hanging knee tucks, where her trainer emphasizes the importance of slowing each rep down on the way down. Slowing down reps leads to a greater eccentric muscle contraction, which helps to build even more muscle.

Then Dewan gets into some single-arm dumbbell rows, which shift the emphasis off her glutes and core and onto her back to allow for a bit of a recovery while still getting some strength work in.

She finishes off her workout with some back-rack reverse lunges and deadlifts, making for one hell of a glute and core workout at 10 p.m.

Late night gym sessions with @iamjjdancer are NO JOKE. Our ? kicking video is now live on my @youtube. Link in bio! ?

Dewan’s not the only person finding healthy ways to move forward during a breakup — John Cena, who recently announced his separation from fiancee Nikki Bella, busted out some heavy lifts to celebrate his birthday as a single guy. And The Rock says that he heads to the gym when he’s feeling down.

These celebrities are living proof that when times get tough, sometimes picking up heavy shit is the best therapy there is.

This article originally appeared on Men’s Health US.