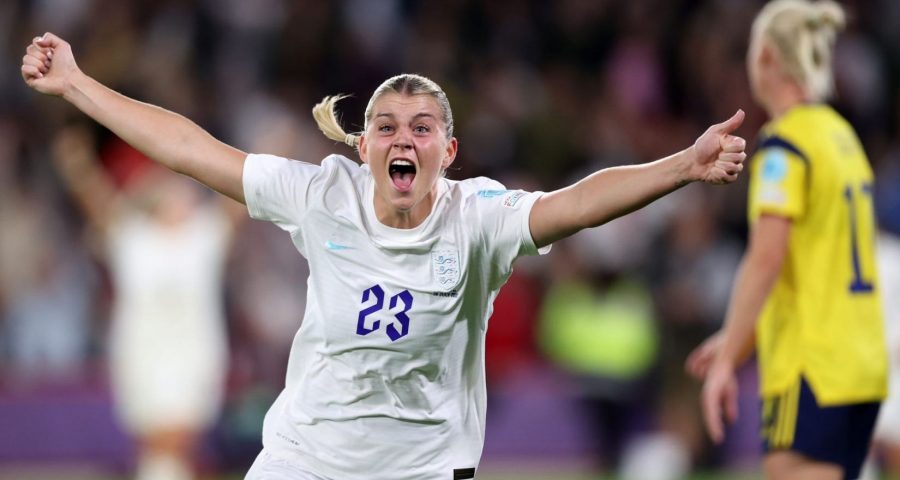 Every so often, you watch a football match so electric that it stops you from getting to sleep. Last night was one of those games. The Lionesses may have started slow, but they quickly roared their way to a 4-0 extravaganza against Sweden – leaving fans screaming for more well after the final whistle blew. At home, 14 million of us tuned in to scream at our TVs, while over 28,000 fans travelled to Sheffield’s Bramall Lane (despite the travel disruptions) and stayed on to sing about how football really is coming home this time, alongside the likes of Lucy Bronze and Ellen White.

Social media was alive with good vibes: Ian Wright reduced audiences to tears and when Beth Mead sacked off the post-match interview to sing along to Sweet Caroline, we all nodded with approval. Let’s face it, the best reactions were probably the yelps of joy emanating from living room windows all around the country. But there were a few special moments online too.

A cheeky back-heel saw England cruise to their third goal of the night after substitute Russo came off the bench.

And for Russo to immediately become a Little Miss meme

By the fourth goal, we hoped it wasn’t just all a fever dream

And serious questions arose over the future aspirations of the squad

A clean, straightforward game with very little time spent rolling around on the pitch? Groundbreaking

Who wants to chat about the intricacies of the game, when everyone’s jumping around to Neil Diamond?

She nailed that Sweet Carolina routine… and also summed up why there’s never been a better time to be a girl in football.

While the game doesn’t need a male seal of approval, it’s hard to deny the fact that the more men who watch and promote the game, the more it’ll progress.

But perhaps Ian Wright summed it up best

Not a dry eye in the house.