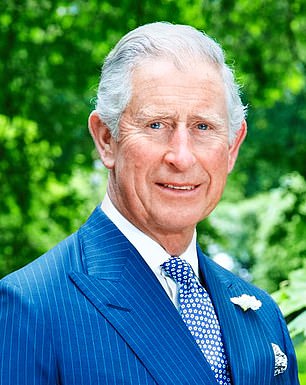 Prince Charles was made patron of the Faculty of Homeopathy last week. It is worrying someone so influential is backing this pseudoscience

Prince Charles was made patron of the Faculty of Homeopathy last week. It is worrying someone so influential is backing this pseudoscience.

Homeopathy is not only a waste of money – thankfully it’s no longer available on the NHS – it can be dangerous.

Taking these medicines instead of conventional remedies puts you at huge risk, as you avoid treatment that may be life-saving.

I have had patients who opted for homeopathic ‘vaccinations’, leaving their children susceptible to fatal illness.

And a friend opted for homeopathic treatment for an infected wound on her finger.

When she finally saw a doctor, she was close to getting gangrene and sepsis. She was saved at the last moment.

How did GP miss my gut problems?

I am always bloated and feel constantly tired.

My GP carried out blood tests and said there was nothing wrong with me, but a breath test conducted by a nutritionist showed bacterial overgrowth in my gut.

Why didn’t my doctor find this?

Bloating should never be ignored by doctors. In women, it can be a sign of ovarian cancer.

However, thankfully, this is not common and bloating is far more likely to be the result of common conditions such as irritable bowel syndrome, constipation or coeliac disease.

More from Dr Ellie Cannon for The Mail on Sunday…

Eating a lot of pulses, such as beans and lentils, as well as vegetables such as cauliflower, can also cause bloating. And, combined with tiredness, bloating can be a normal symptom of the menopause.

Usually, bacteria is confined to our large intestine (also called the colon). With SIBO, bacteria found in the small intestine react with the sugars in digested food. This reaction causes gas and bloating. It is these gases that are identified on a diagnostic breath test. However, these breath tests are not often performed by a GP because they remain controversial within the medical community. Different practitioners use different tests and their accuracy varies hugely depending on which one is used.

Some people have more gut bacteria than others and experience no symptoms, so a test may wrongly indicate that there is something wrong.

Some scientists may feel breath-testing is not valuable or accurate for diagnosing gut problems. Due to question marks about the exact cause of SIBO, there is a lack of research into treatment options.

Antibiotics and drugs that improve gut movements may help. Otherwise, the sort of exclusion diet we advise those with irritable bowel syndrome may be of value in reducing the gas-producing sugars and bacteria within the gut. It involves cutting out a whole range of vegetables and fruits, and slowly introducing them to see which can be tolerated and which can’t.

A doctor told my son he has ‘multiple chemical sensitivities’ and has to avoid pollution.

This has left him housebound, he can only tolerate liquids such as soups and smoothies, and he can’t cope with the smell of his siblings’ deodorants.

Is there anything doctors can do?

Sufferers often see their symptoms worsen when they are exposed to pollutants or household chemicals. But this condition is not recognised as a disease by medics because tests and scans do not show any abnormalities.

DO YOU HAVE A QUESTION FOR DR ELLIE?

Dr Ellie can only answer in a general context and cannot respond to individual cases, or give personal replies.

If you have a health concern, always consult your own GP.

This is very different from allergies, where doctors can see signs in blood and skin tests that the immune system is malfunctioning.

We don’t know for certain that chemical sensitivities are the cause, so focusing solely on this may not be helpful.

These symptoms could be caused by a whole host of other conditions, such as fibromyalgia, chronic migraine or even a mental health condition. An anxiety-related one, or perhaps agoraphobia (a fear of going outdoors) may be a more likely cause.

A GP could provide a home visit and then conduct blood tests to find the underlying culprit. Meanwhile, pain relief, antidepressants and allergy medication can help to alleviate symptoms, even without a definitive diagnosis.

Doctors such as myself have always known that in the first weeks of treatment, patients starting on the medication are slightly more at risk of worsening symptoms.

Of course this is alarming and frightening. But we know about it, and try to mitigate it with careful supervision and awareness.

What is vital to remember is that the risks are incredibly small, and it remains clear that antidepressants are actually life-saving for many.